Age on Sunday   19 Mar 2017  Star kids have their own struggles: Akshara Haasan
Age on Sunday

Star kids have their own struggles: Akshara Haasan

Says Kamal Haasan’s daughter Akshara, as she talks about the trials of being an industry ‘insider’ who hates to get things too easy. 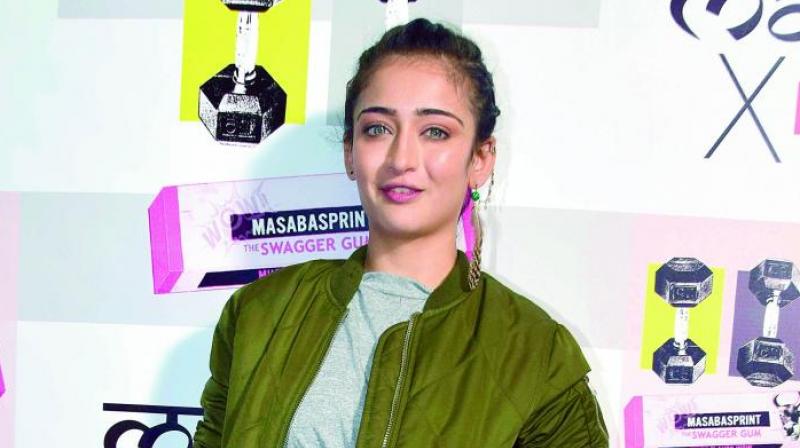 Akshara Haasan admits that she was born with a silver spoon in her mouth. But she won’t let that define her. From refusing to be launched by her superstar father to moving into an apartment of her own, the young actor is doing what she can to break away from her parent’s protective shell. Having said that, she loves it when people compare her to her ‘Greek goddess’ of a mother. Edited excerpts from an interview:

How do you deal with criticism?
I take criticism in a good way. Not all criticism is valuable or makes sense, but there are some, which do, and I take those very seriously. I feel it’s easier to deal with failure than to be successful and maintain it. Dealing with failure is easy because you can bounce back. We need to be careful of success.

As a star kid, do you think the journey of star kids is easier as compared to that of ‘outsiders’?
We both have to struggle equally. I’d say that the struggle in our case is a little bit more than it is for the outsiders because we are constantly compared to our parents. It’s a bit unfair but I understand where it’s coming from. Thankfully my parents have prepared both — my sister and I — to take the legacy forward and yet create our own identity. There is pressure because people expect certain things from you, and I don’t blame them for that.

Was it a conscious effort to not make your debut with your father? He could’ve given you a huge launch…
As part of a filmi family, it’s easy to get things. But I don’t want to get things easy. Yes, I may have a silver spoon in my mouth and all that, but I’ve struggled as well. I feel that when I do things on my own, the credit comes to me and nobody else can take that from me. The happiness, joy and respect that comes with doing things on my own is far greater than the comfort of getting things easy.

How independent are you? Do you live with your mother or are you living on your own?
Not many people know that I have finally started living on my own; since August last year. I was lost in the beginning but after a week, I got used to it. I am independent, otherwise; When I had first moved out, I actually froze. But then I also love being on my own, so it’s not that bad. I live in Bandra, cook for myself and clean my own house. The cooking part especially is great. I like my food cooked a certain way; at times people undercook it, burn the hell out of it or put too much oil. My parents are very happy about the fact I’m living on my own.

How do you feel about your contemporaries Alia or Shraddha doing so well?
I feel happy that they are so successful. I won’t lie, there are times when I wish that I was at their level. But then they have worked really hard to reach there, so the only thing I can do is work harder and get there. They only inspire me to work harder.

How do you react when you are compared to your mother Sarika?
She is the most gorgeous lady on this planet; she is like a beautiful Greek goddess. So I like it when they compare me to her. She is like an angel and I feel really flattered with the comparisons.

Did you work hard on your Hindi diction after Shamitabh?
After Shamitabh, I realised that there was a definite south Indian accent in my Hindi, so right after that film, in that free time, I took some diction classes. I didn’t want my Tamil accent coming in. I got Laali Ki Shaadi Mein Laddoo Deewana seven-to-eight months after the release of Shamitabh. My Hindi is good, now.

Were you skeptical before taking up this project, Laali Ki Shaadi Mein Laddoo Deewana?
Initially, I was a bit skeptical as he was a new director. I was not sure how it would work out, how he would direct and all that. But I had liked the script and wanted to do it. I took two days to think and then said ‘yes’ to film.