Secrets of the ancient Mayan Empire

Mysterious ancient cities shrouded in dense jungle reveal the secrets of a once formidable civilisation. 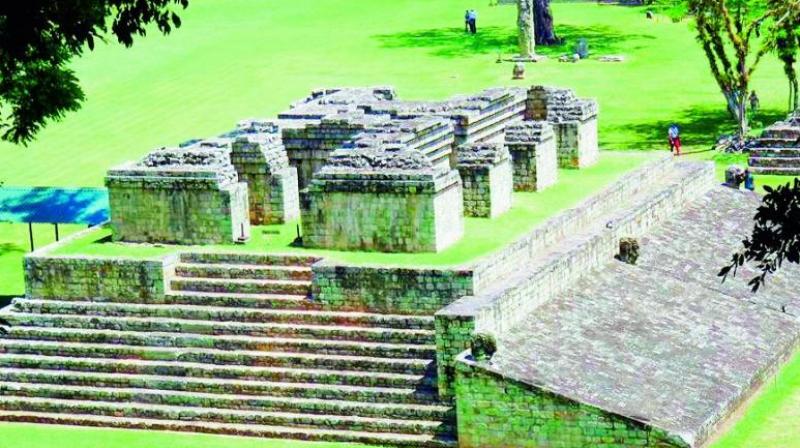 Imagine walking down a jungle pathway and you turn a corner to see the ruins of a huge temple rising above the trees with a stone platform at its feet. To think that some 4000 years ago, someone stood in the exact place as you perhaps participating in a ritual ceremony! Welcome to the world of the Mayans.
The Mayan civilization is probably one of the greatest pre-Columbian civilisation that extended from central America to present-day Belize, Guatemala, El Salvador, Honduras and southern Mexico. Here the cultural richness of Mayan architecture is seen alongside with the dense rainforests, replete with wildlife. In well preserved soil covered cities, built by an ancient Mayan empire, the temples reveal jade masks and jewellery, elaborate sarcophagi and crystal death skulls.

The period between 250-900 AD in the Mayan calendar witnessed the peak of its architecture. Not to forget Mayans were very modern for their time and invented the first hieroglyphic script, which is one of the earliest of writing scripts.
Before you plan your travel route through these ancient Mayan cities, where these exotic temples are located, let me tell you a little more about them.

What they were used for
Primarily these temples were used for sacrificial rituals. They were temples dedicated to gods and were also used as landmarks for navigation.

The architecture
Just like the ancient Egyptians, the Mayans built pyramids as well. These were artistically designed nine-step pyramids with flat tops on which stood temples to honour their gods that were accessible by a very narrow strip of stairs. The nine steps signified the nine layers of the underworld.

The temple route
The temple route map will leave you more confused than ever, so here’s a list of some really marvelous pieces of historical gems that you can visit.

EL Mirador
Known as the treasure trove of the Mayans, El Mirador is the largest site of Mayan ruins found deep in the jungles of Guatemala and it has the highest pyramid temples of all Mayan civilisations. The magnificent views of three pyramids called the tiger, danta and monos, makes it completely worth a visit despite the great effort required.

Rosalila temple
Located in the Honduras, Rosalila continues to be one of the most preserved and visited temples. It is situated in Copan, an ancient Mayan city and what’s unique about it is that it wasn’t destroyed by the Mayans but carefully buried under the soil. It has a gorgeous stucco design at its entrance, which is white in colour. And the colours are all still intact. 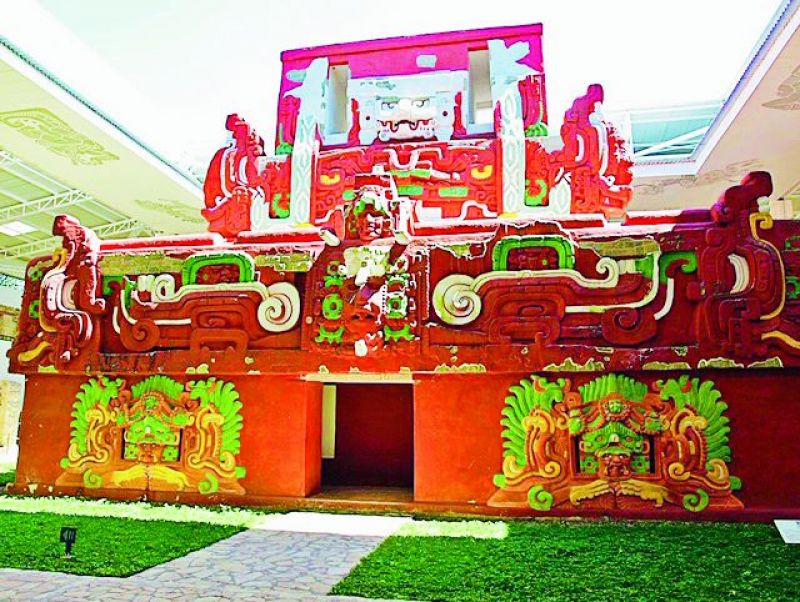 Tikal
Located in Guatemala, 4,000 buildings have been discovered in Tikal, although only 600 have been restored. But 600 is a lot to see and it takes a lot of walking. The temple of the Great Jaguar and temple of the masks stare at each other across the great plaza in Tikal.

This was the largest Mayan city, and it was considered a Mayan super power. The beating heart of the Mayan empire, it ruled over most of Mesoamerica politically, economically and militarily.

Tikal was used as a model for Mel Gibson’s Mayan epic, Apocalypto. Architecturally, it is a wonder made from limestone with its royal palaces, houses, administrative buildings, platforms and stone monuments.

You must climb up the temple, to enjoy an unrivalled view of the park with the tops of pyramids peeking through the rainforest canopy. 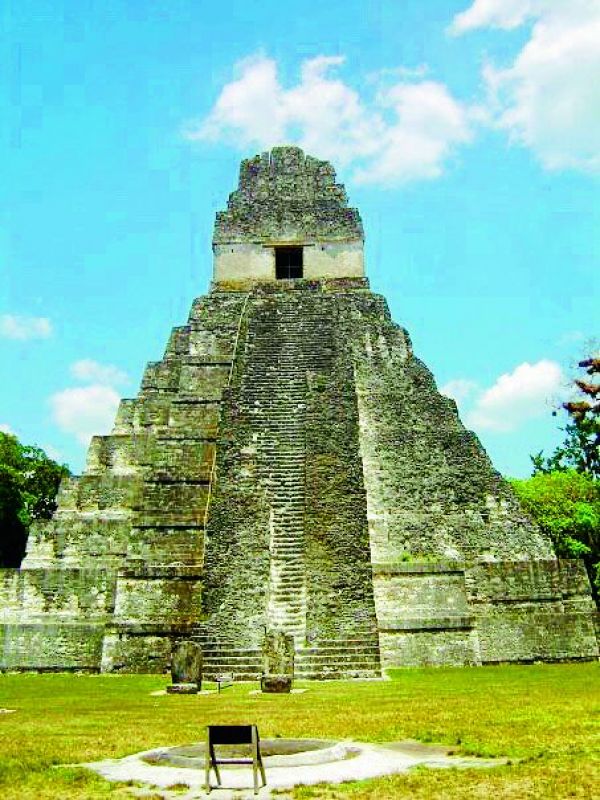 Human sacrifice
Ritual human sacrifice was practiced by the Mayans and some stone engravings have been found on the walls and other structures depicting a human sacrifice bound to a stake being disemboweled. It was considered an honour to be sacrificed and the sacrificing was usually done by removing the still beating heart from under the ribs.

Xunantunich
Located in Belize, the name of this Mayan temple translates as ‘maiden of the rock’. This gem is located on the western highway from across the river in the village, and can be reached by taking a ferry. It was the Mayan’s ceremonial structure of rituals and prayers. 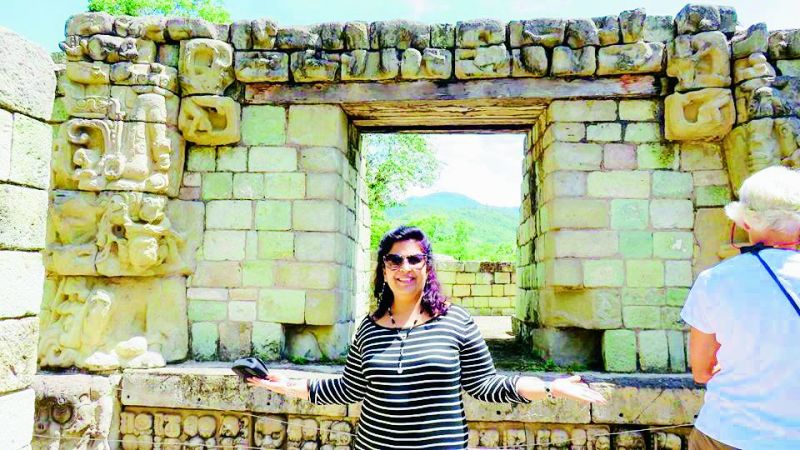 Caracol
Located in Belize, this is a day trip worth the bumpy ride on unpaved roads. Once you have reached, you can explore the ruins in peace.
The temples and observatory are in fantastic condition, and you can wander alone through the tiny rooms that were once occupied by Mayan royalty and the middleclass ages ago. The site is surrounded by a jungle filled with howler monkeys. And there are more earth mounds that are just waiting to be discovered by archaeologists.

The mysterious decline
From the late eighth century through to the end of ninth century something mysterious happened to the Maya civilization. One by one, the cities were abandoned and by AD 900 the entire civilisation just collapsed. 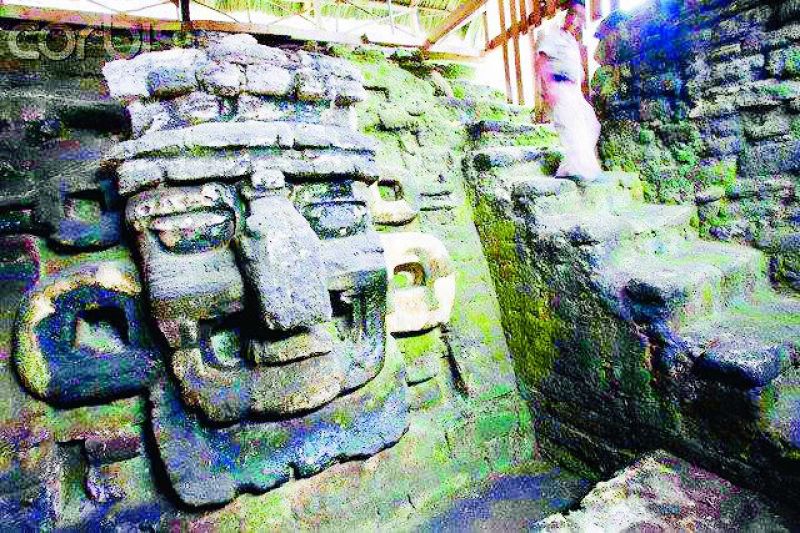 Amazing facts
1 The Mayans loved flat square faces. Hence in young babies flat boards were pressed to create a flat surface. Objects were also dangled in front of the baby’s eyes until the baby was cross-eyed.

2 The Mayan doctors were called shamans, and acted as a medium between the physical world and the spirit world. The Mayans sutured wounds with human hair and were good in dental creativity.

How to reach the Mayan countries | There are flight connections from all the major cities of North America to Salvador, Belize, Guatemala and Honduras.

Visas | If you have a valid US visa, you can explore all these countries without  applying for a country specific visa.

— The writer is a travel enthusiast. All photos are by Vibha Jain