Ravi Subramaniam’s new book is a thriller that has some uncanny similarities with the present political and economic situations in the country. 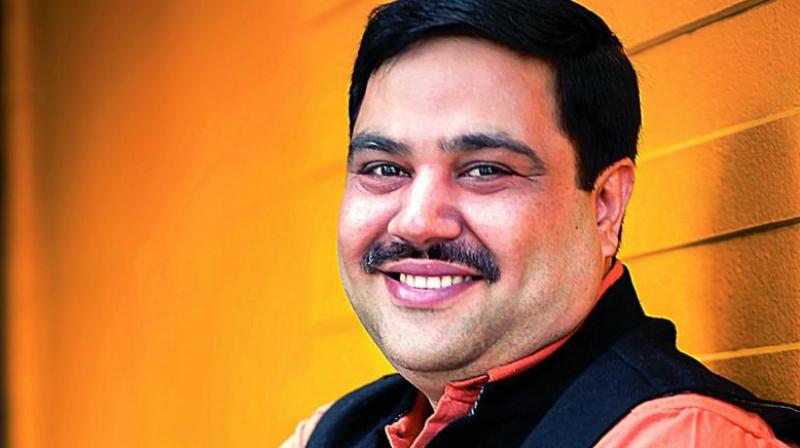 Author Ravi Subramaniam addresses the uncanny resemblance between Nirav Choksi, a character in his book In the Name of God — and real life jeweller Nirav Modi, and much more in this tete-a-tete.

While you have specified that real places and titles have been used to lend authenticity to the story, you’ve also included real names. Did you need to take permission for the same?
Wherever the representation of the person has moved away from reality, and the depiction is not so positive, I always take requisite permissions. Normally, when I use the real name of an individual in the story, either the person has an inconsequential part or the person has been depicted in a very positive manner. In the remote case that I haven’t done either of the two options above, then chances are the story would be a true depiction of a real incident.

The twists and turns in the jeweller Nirav Choksi’s life in your book seem to reflect his real life persona. I’m curious to know your reactions to the same. I’m sure you have been hounded by people to know about this eerie fiction merging into fact connection.
Actually this is not a true statement. In my book there is a character of a jeweller, who responds to the name of Nirav Choksi. He is a very influential jewellery designer — rich, politically connected, ambitious and not so flamboyant. He is the jeweller to the rich and famous from the world of business, politics and Bollywood. The similarity ends there. Strangely people read the name Nirav Choksi as an amalgamation of the two big jewellers caught in the recent bank scam and assumed that it is the story of Nirav Modi. It is quite ironical because In The Name Of God is set in the mysterious world of the Padmanabha Swamy temple in Thiruvananthapuram and is my first thriller which is not set in the world of banking.

The cars driving in reverse into the jewellery mall is very Hollywood like in its approach. Are you a fan of hardcore action and jewellery heists? Do you spend time talking to the Audi guys to understand the dynamics?
The story of two cars driving in reverse into a mall in Dubai and carrying out a heist is a true story. It actually happened a few years ago and the research done by the Dubai police explains the dynamics. I borrow heavily from real life incidents. 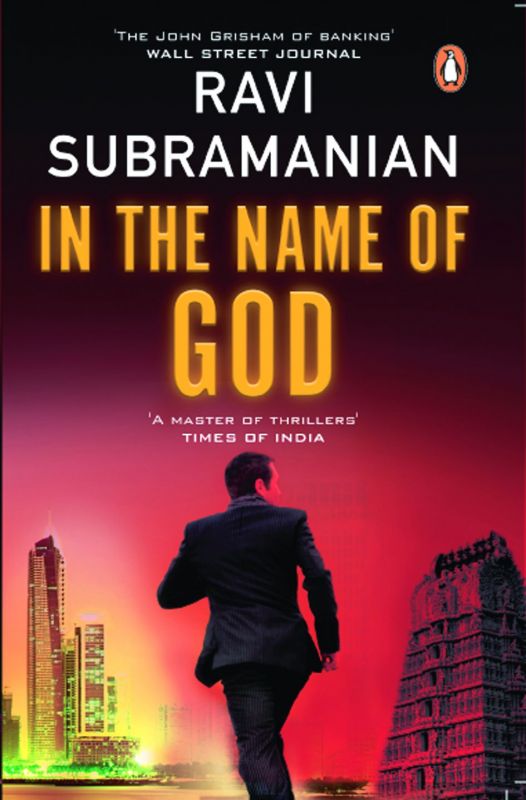 IN THE NAME OF GOD by RAVI SUBRAMANIAN Rs 299, pp 288 Penguin India

Also the stories you have talked about are known legends that exist around the richest temple. Just wanted to know, how seriously does the common man continue to take these beliefs in Kerala?
Beliefs are difficult to measure. And especially when it comes to gods, temples, religious leaders, the beliefs are unshakable. For example, the stories around the Padmanabha Swamy Temple that I have mentioned in the book have been picked up from a common man. These are all stories told to me by the person on the road who I spoke to while doing my research. In fact my mother-in-law was so upset at the mention of these legends that she didn’t speak with me for two weeks.

Given how sensitive people are about religion, how did you ensure that you didn’t end up hurting sentiments with this story?
In this book, I have not rubbished any religion. I haven’t shown a Muslim insulting a Hindu or a Hindu insulting a Muslim. At every step, I have talked about God with respect.

While the focus initially was on the temple loot, why were the jewellers given more prominence towards the end? Was this necessary?
This is how I managed to ensure that I don’t end up hurting religious sentiments. I was not willing to do that. I was telling a story, to entertain. Not to create a controversy. So I took it to the right level and then changed my track. Also, I like to keep my stories unpredictable.

N. Shrinivasan is another powerful personality who has been mentioned in your book and his contributions and desire to visit the temple. Was this fact or fiction?
This part of the story was factual. N. Shrinivasan had donated an elephant to the temple. The inferences drawn are fictional and based on what a character in the book thinks. They may not necessarily be a representation of fact.

The books makes a very bold  insinuation to project the fact that a political leader, a CM, is so openly communal.
Well, in the book the CM taking a communal stand was integral to the story. How else will I justify the State letting the control of the temple in the hands of an individual? It was not targeted at a particular individual or a party. That said, show me one politician today who does not play divisive politics. The part you are referring to is in fact not an insinuation but a slice of life.

The climax has too many revelations, suddenly it all comes tumbling out...
The challenge about writing a thriller is that once the reveal is done in the end, the book loses steam and reader loses interest. Hence, it is important to keep the ending very unpredictable and have a twist after a twist. And that battle is as much fun for the author as it is for the reader.