Most efforts to bring about change go in vain as parents keep running from one set to the other with their children, chasing money and fame. 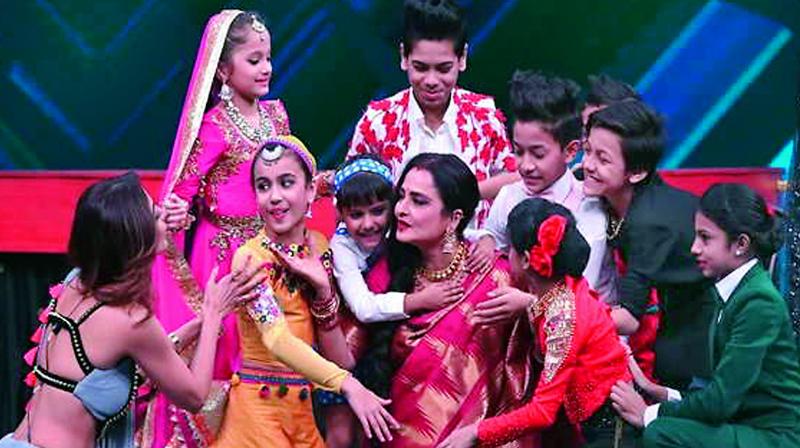 Even though the government has mandated that a child cannot shoot for more than four hours a day, children in the industry work 12 to 20 hours daily.

Children in the entertainment industry continue to be frighteningly unprotected, with no safety measures in place and are prone to exploitation by both parents and producers.

The shockingly disgraceful incident of singer-composer Papon forcibly kissing a young female contestant on a reality TV show has highlighted the serious issues that children working in the entertainment industry face.

While in this case, thanks to the incident being caught on camera, the television channel dropped Papon from the show, and the National Commission for the Protection of Child Rights (NCPCR) registered a complaint against him, the larger issue of children’s exploitation by the film and television industries continues to be ignored.

Way back in 2015, a concerted effort was made to formulate a legislation on the issue. This happened, after filmmaker Amole Gupte wrote to the NCPCR to formulate guidelines for children working in the industry. In his letter to Shanta Sinha of NCPCR, Gupte stressed on the need to regulate not just working hours but also introduce a clause to ensure that a child actor is prevented from getting too close to his or her colleagues or support staff. Gupte’s contention was that affection can be expressed without the need to hold or cuddle a child. Tragically, his plea fell on deaf ears. 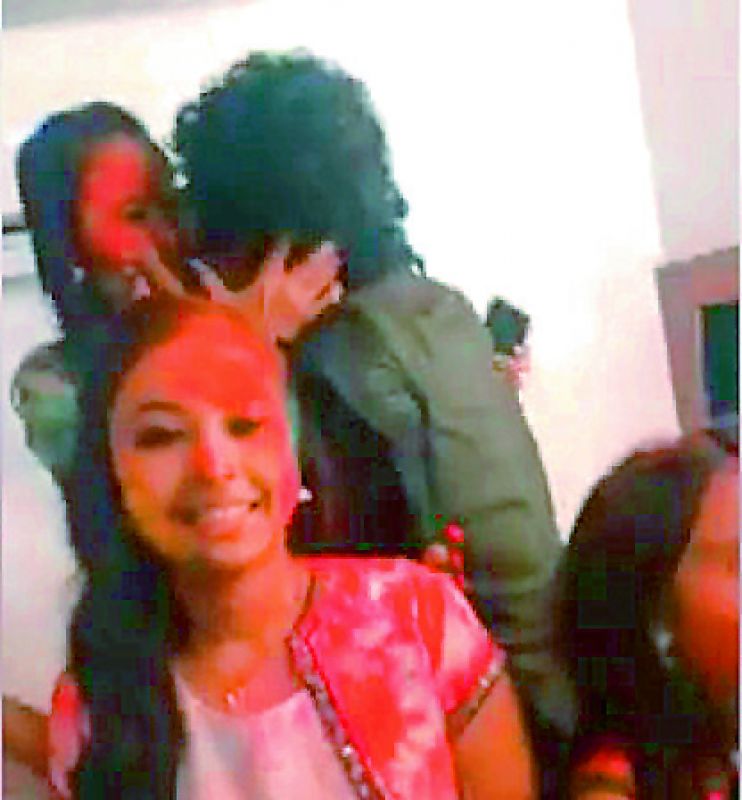 Need for sensitivity
Indians, unfortunately, have always found it difficult to view children as independent identities and that sensitivity is required while dealing with them. Grabbing, patting and hugging are not seen as violating a child’s personal space. Cine AND TV Artists’ Association (CINTAA) general secretary Sushant Singh has suggested having an observer on the sets where children are involved.

“Patting the back or pulling cheeks is considered all right. It is important to have a government-appointed observer to check on how children are being treated on the sets,” Singh said, adding, “I remember getting a call from an outdoor shoot where the complaint was that the children and their guardians were forced to stay separately. I had to warn the organisers that the children would be called back if they were not allowed to stay with their guardians. We somehow take it for granted that nothing will happen to children. The working hours, too, are not regulated, despite the ministry strictly disallowing more than four hours of shooting a day. Children in the industry work 12 to 20 hours daily, and, sadly, nobody is complaining.'”

Parents, the chief exploiters
Interestingly, in most cases, it is the parents who are at the forefront of the exploitation and this despite a copy of the child labour act handed to them every time to apprise them of their children's rights. Most efforts to bring about change go in vain as parents keep running from one set to the other with their children, chasing money and fame. 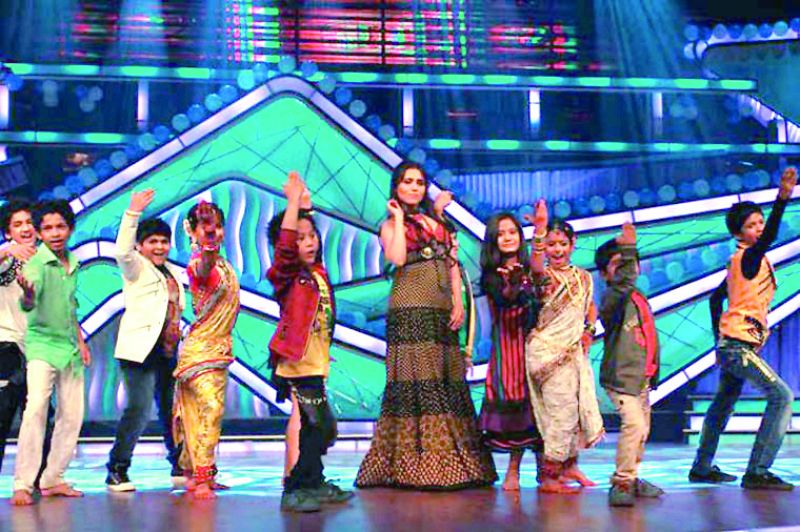 Singh said, “The need for an observer on the sets has now been recommended to a Parliamentary committee. Another rule in the contract involving child actors stipulates that 80 per cent of the earnings of the child should be put into fixed deposits. I doubt that happens. We need to make rules stricter or the exploitation will never end.”

It is also imperative, Singh said, to have children counselled every three months to keep them grounded and to prevent stardom from going to their heads. “I recollect how during the shoot of an episode for Saavdhan India, a mother was busy bragging to her relatives about how her child was doing so well and how they got to spend money on shopping.”

Not all parents, however, exploit their actor-children. A parent, Dolly Dhawan (mother of Ruhanika Dhawan), is firm on a few things  when it comes to her daughter’s shooting schedule. “We only shoot on weekends and have taught her about good and bad touch. I have seen many children come to the sets accompanied only by the driver and then do all sorts of things,” Dolly says. When it comes to long-drawn reality shows, Dolly says, “The children are kept in lodges for months with no contact with their studies. So, their growth suffers.”

Ruhanika narrated the story of a young actress who worked with her in a serial. “One day, we decided to leave the set at 10 pm, which was very late for us. I told the girl to pack up, but she turned around and told me, ‘I don’t get to sleep at night anymore as I have been spending sleepless nights shooting for months’.”

Bullying producers
He said parents are sometimes bullied into giving in to the producer’s demands. In cases where they have objected to  their child working long hours, the producer has outright refused to make payment. Singh said, “This child was shooting for a big toothpaste brand and his father kept telling the producers to relieve the child as he had his exams, but they refused. When the father decided to leave after the stipulated number of hours, the producer refused to pay up saying the child had not completed the shoot.”

Producer J.D. Majithia, of Khichdi fame, however, says there cannot be uniform regulation for children in the industry. “It all depends on the nature of the show and those involved in it will have to work out separate rules and regulations for the children in coordination with the parents,” he said.

He gave the example of a school’s involvement in safeguarding the child’s interests. “We needed to cast my daughter and Aatish Kapadia’s son for the next season of Khichdi. So, we went to their school to ask for permission, as the school is very strict. On fiction shows, the children are well taken care of. The same can be worked out for children working on reality shows. Producers spend a lot of money on hiring staff for reality shows. They can even hire teachers on the sets so that the children don’t lose out on their studies.”

‘No child is safe today’
With regard to the child’s safety on the sets, Majithia said, “Today, both boys and girls are not safe, so it has to be made mandatory for parents to teach them about good and bad touch. In the end, if there is intent, only planning and execution remain.” 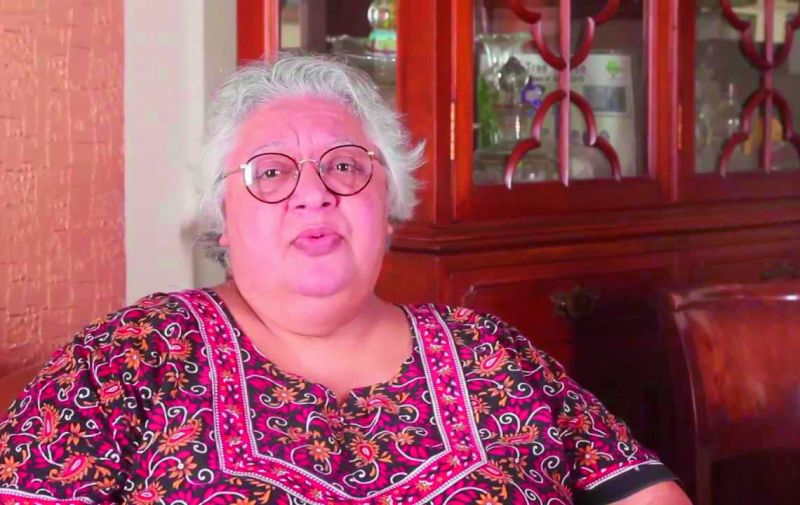 Bhavana Israni, who has worked on Indian Idol season 1, said sometimes parents are the reason for the children enduring harrowing situations on the sets. She said, “They are unable to take rejection and sometimes agree to absurd conditions. Like in the case of Papon, where the child’s father was defending the singer. He did that fearing his child would be ousted from the show.”

Rejection, a major issue
Psychiatrist Harish Shetty has counselled many children who have faced rejection. He said, “It’s a double whammy for children who face failure on reality shows. Firstly, the shame of failure reinforced by their parents who have illogical aspirations; I have seen parents weeping as if there has been a death in the family. This hurts the child the most as children need a safety net where he or she can go while down and out and for them it is their parents.”

Schools can help
For Daisy Irani, director and producer, the current scenario can only change if schools get stricter. “Children do get exploited and there needs to be regulations in place. I don’t think it can happen unless schools get strict. It is a very selfish industry, but we cannot blame them as the stakes are high but all one needs to do is be a little caring. However, parents are also a greedy lot and will not toe the line until someone makes it tough for them.”

Singh, too, blames the school authorities for adding to the mess. “Schools think they have a star from their school and don’t really worry about the child’s education. We had two cases where the producer, known for mythological serials, made the child actor miss his board exams and also did not pay him for two years. There are ruthless people in this industry.”