Rani Mukerji reminiscing on how actresses did all their chores themselves back in the day. 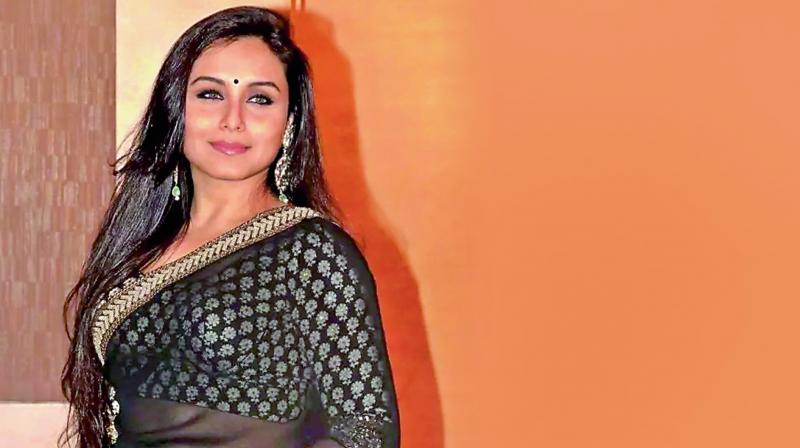 She has been there and has done almost everything that any actress would crave to be part of. Rani Mukerji, who has left an indelible mark in the film industry with her powerhouse performance, continues to bring a change in the industry. After a sabbatical following the birth of her daughter Adira, the actress is back with Hichki, where she plays a teacher living with Tourette’s syndrome.

What made you choose a film like Hichki as your comeback project?
The subject talks about overcoming your weaknesses and turning them into your strength. In life, we all go through ups and downs, and you will always face discrimination from the world. Hichki shows you how to make your weakness your strength, if you believe in yourself.

It is a story that needs to be told to the people of India to spread awareness about the illness. You’d be surprised how many people still don’t have any idea about it.

Does age matter in Bollywood, especially for the female actress?
Age has probably become a hichki (hiccup) in people’s mind. All that matters is how convincing you are in that part. When you see Amitabh Bachchan playing the role of an eight-year-old (in Paa), you can’t question it. When you witness Aamir Khan playing an older role (in Dangal), you don’t question it. So I don’t think its about the actors’ real age; it’s about how convincingly the actor plays that particular role.

At times do you also feel that your options get narrowed down after experimenting with variety of roles?
There is a variety of roles being offered, but it depends how you make a film. It depends on us how we make good stories and give it to our audience. Be honest and sincere towards your craft, and towards your film. You can’t make a bad film and expect people to like it.

Your previous film Mardaani also had a social message. Are you making a conscious effort to do films that have relevant messages in it?
I don’t think that is a criterion I set for picking films. I think in my career of 22 years, I have done a variety of roles and worked on diverse stories. I have grown with age and wisdom through my career. I want to capitalise on being a popular actor and spread a social message through the medium that I can — in an entertaining way. So that, I feel, is a great balance.

Are actresses getting more interesting roles these days because there is a surge in woman-centric projects today?
I feel that actresses have taken the front line right from 1950s. When you see films that Nutan ji did, Meena Kumari did, they were running the show single-handedly! I don’t understand why people think only today actresses are taking front-stage.
In the history of Indian cinema, all the actresses have been in the front line. I don’t see any change.

You have dominated the industry for a long time, but do you feel it’s difficult to be an actor in today’s day and age?
It’s the easiest to be an actress in today’s day, because the actors are pampered so much — there are ten people in their teams roaming with the actors everywhere! We never used to have that. I feel uncomfortable with that. In fact, I keep telling people from my team to not flock around me because I am not used to it. We have just been doing things ourselves.

Today, there is so much help that the actresses get. From make-up artistes, stylists and physical trainers, security, to managers, it’s an entire bunch of people telling you what you have to say. Actors are pampered a lot, but back in the day, we used to do our work and go back home.

Has motherhood changed you?
In an amazing way! My life is changed 180 degrees because really, a child gives birth to a mother. Every mother is different, just as every child is different. I am going through an amazing phase of my life because nothing is more important than my daughter.