He harassed and demeaned me: Sandeep Rehal

An exclusive interview with Sandeep Rehal, the feisty girl who worked as PA to Harvey Weinstein and has filed a case against him. 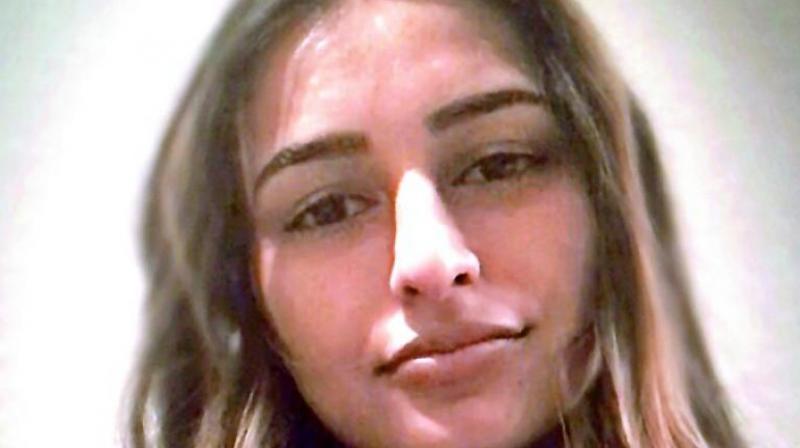 What finally gave you the courage to not only speak up against Harry Weinstein, but more importantly to file a legal case against him?
When I resigned in 2015, I thought leaving his office and company would mean a Harvey Weinstein free world (for me). Thinking about it now, my naivete shocks me. His name and affiliations was everywhere — when watching Netflix, flipping through fashion magazines and in conversations. It was like reliving everything daily — over and over. A couple of months after resigning, I moved across country and married someone (on purpose) who had no idea who HW was. I buried what happened to me inside myself and tried to pretend I could live with the secret.

Then, in October 2017, on every channel there were the headlines I thought I would never see. Titles like, ‘Harvey Weinstein Paid Off Sexual Harassment Accusers for Decades,’ I thought, “wow, I am going sleep great tonight.” But that’s not what happened. I felt restless, scared and weak (like a coward). This went on for days, when out of nowhere I found my attorney, Genie Harrion’s information and called her. I wasn’t sure what my intentions were when I called her or even when we met and I told her my story. I think I wanted to deliver a message to HW — shame on him, not me and it was time for him to fear the consequences, not me. And after that there was no looking back. I want justice, I want to see him in court, look him in the eye and have the last word.

Have you emotionally recovered from your traumatic experience of two years? Did you need to undergo any kind of therapy given the fact that were (and still are) so young?
From 2015 to 2017, I pretended like I was fine. But like I said above, I really wasn’t. Avoiding his movies, cutting out old colleagues, with whom I had formed friendships with, from my life and changing my career path because of this one man is far from fine. No, I didn’t seek any therapy. For a few reasons  — I was in denial, financially it wasn’t an option, and I’m Punjabi, and “we” don’t believe in therapy. The latter point is something I hope changes.

How did you land up with this job as PA to the movie mogul? Did it feel exciting when you initially joined as you were only 26 and he was the biggest producer in Hollywood?
I was friends with his wife, Georgina Chapman’s second assistant (at the time). My friend told me HW’s office was hiring and thought I would be a great fit. I passed her my resume, the director of his office called me, I met HW and I had the job. Yes, I was ecstatic, because everyone told me that this was the opportunity of a lifetime; a couple of years as his assistant and I could be promoted to a junior executive, or go get my dream job in fashion. I personally had no idea who he was and had to google him before the interview.

Just reading about this makes me so angry. When he took sexual liberties with you (like groping your butt and thigh) and referring to you in such a derogatory manner, were you ever tempted to slap the man? (I’m sorry if this sounds insensitive, but it would be a good eye opener for working girls in India too).
Everything seems easier in hindsight — I should have done this or that, but the first time he slowly ran his hand up and down my thigh in the car, I froze. He was dictating emails while doing it, but I couldn’t type. I was staring at the laptop screen and my fingers remained still on the keyboard. I can remember saying to myself in my head, “do something, say something, scream!” But I was paralysed.
I went home and took a long shower. In fact, every day after work, I went home and the first thing I did was take a shower. My sister (who lived with me) asked me “what’s your deal with showering as soon as you are home.” I was too ashamed to tell my younger sister who looked up to me that I was trying to wash the ‘yuck’ off.

The touching, exposing himself to me and vulgar language kept happening, and so many times I had made up my mind to tell HR to stop, but he would often threaten me. For an example, while dictating an email he would stop and say “you better not f**k this up, Sandeep! You don’t know what I am capable of.” And the few things I did tell Human Resources about, with evidence, were not kept confidential, which made my life in his office even more difficult. I felt stuck. You ask if I was ever tempted to slap the man — that man striped me of my confidence, strength, integrity, authenticity, and happiness. He objectified, harassed and demeaned me with his words and eyes daily. I wanted to do more than just slap him.

Was there anyone at all that you could confide in at your workplace. Or were most women in a similar situation, Sandeep?
I can’t confirm whether other female employees were going through what I was. I can, however, recall a handful of times when female assistants from the London or LA office sat in front of me in tears expressing the toll the job takes on you. They said there was no ‘job description’ for what they were doing. I heard phones calls he made instructing girls — his “special friend” or “assistant,” to come to his room for a massage. Or complimenting them on last night’s massage.

Just offering my ear to the others was a form of consoling. But to be clear, nothing explicit was ever offered on either side. His reputation was known throughout TWC and the industry. Internal executives, board members, big shot agents all normalised his behaviour. I witnessed this in the office and while traveling with him, which made me feel even more helpless and trapped.

Did you talk about this with close friends or family? If yes, what was their advice, if no, why not?
I told family and friends how demanding he was, sometimes in anger I referred to him as a ‘sick pig’ and that I didn’t think I could do this much longer. But that’s the extent of it. Why? Shame, fear and denial. For two years, I was in what he called, “The Harvey Weinstein University,” and everyone was telling me this is just how it is, deal with it!

Also, I come from a conservative traditional Punjabi family. Much like a lot of people in India, my parents believe the daughter carries the family’s respect and pride with her and something like this would tarnish all of that. And that’s a lot of
pressure. I didn’t ask for this huge responsibility.

Most women are afraid of talking about sexual harassment in the workplace as they feel that their more powerful bosses might harm their careers besides sacking them immediately. For some it is a matter of earning their salary as their livelihood depends on it. I am curious to understand what made you hold on for two years? I can’t imagine how tough it must have been for one so young.
For a few reasons. It would be harmful to my career — I had heard him say to people “you’ll never work in this town again.” If I did quit prematurely people would talk — why did she quit, what happened, was she fired… If I quit then told people the truth, I was scared no one would believe me and how would I prove it? And some of the obvious — bills to pay and, again, being Punjabi, I worried a great deal about how my parents would react if I quit.

Since you have quit and filed the case, have you had an opportunity to chat with other women who have also been in a similar situation?
Yes, mostly family members. My cousin just the other day shared with me things that currently go on in her office. She works in finance and all of the VPs and managers are men. But the majority of the entry level personnel are young attractive females. She told me, “When the skinny blonde and bubbly girl next to me was hired, I saw my manager fist pump another male colleague under the glass conference table.” She turned red when telling me this. Before this she never felt comfortable talking to anyone about ‘these’ things.

How has this experience changed you on a personal and a professional level?
As a woman, I am still recovering. My healing process started on October 5, 2017. As a mother to my 14-month-old son, I have made it my job to be aware. It’s more important than ever for me to raise my son to be kind, caring, and sensitive — to teach him how to respect women. I want to raise him without gender stereotypes. In my home, I am changing the language of masculinity.  HW not only killed a piece of me, but he took away the passion I once felt for movies, actors, and fashion (via Marchesa).

Instead of exploring job options in the industry, I did everything to run away from it. It’s so sad and I feel a tremendous loss. I had to and still am reinventing myself. I have been paralysed by what HW did, but I have decided that I will not live a smaller life as a result. I’ve promised myself I will not be sexually harassed and dis-respected again, nor I will let any other woman around me feel uncomfortable.

Sandeep’s Parting Words
Thank you to Deccan Chronicle for allowing me this opportunity and I’d like to leave you with this — I was sexually harassed, verbally assaulted and retaliated against by HW, and unprotected by TWC. Words cannot describe how painful and belittling it was to live in a Harvey Weinstein world for two years. But keeping it all inside, and to myself, made life debilitating. The shame and fear of people not believing me or saying it’s my fault, was enough to make me want to lock everything in a box never to be remembered or discussed. Each day, for two years, I just added to it. Harvey Weinstein had the audacity to call me a ‘c**t’ and I didn’t have the privilege to walk out of that office never to return again. But that was then! Like Malala Yousafzai says, “If one man can destroy everything, why can’t one girl change it?”