The industry has to thank Aditya Chopra for introducing hidden talents to Bollywood. 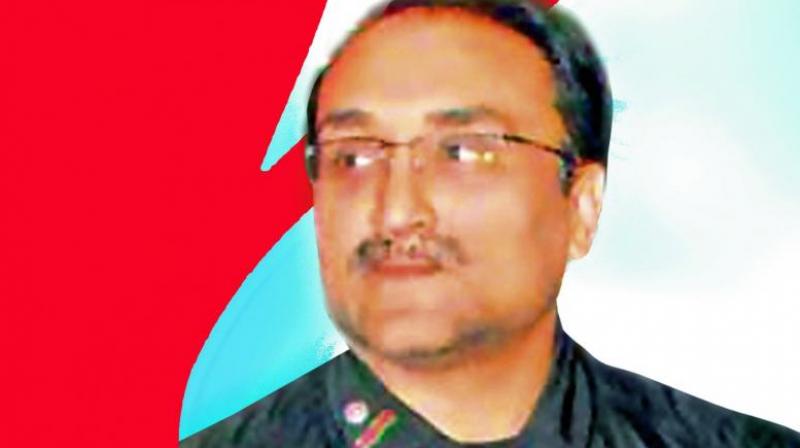 In the few photographs of the reticent Aditya Chopra that are afloat on the Internet, he looks no different from any other middle-aged man, slightly balding, with a well-trimmed moustache, sometimes sporting a salt-and-pepper stubble. This unassuming stature, however, hides one of the most influential enablers of these times. While directors, actors, screenwriters, cinematographers and even gofers are needed to bring a film to fruition through their ideation and hard work, the enabler of any movie is the producer.  And here is where Adi Chopra and Yash Raj Films step in.  At a time when Karan Johar is fielding the nepotism debate on every public platform that he goes to speak on, Aditya has been plucking out fresh talent coming into the industry with no filmy connection whatsoever. And, like Midas with his golden touch, he turns most of his finds into stars.

Testimonies from launches:
Perhaps one of the most appreciated and successful actors to have emerged from Aditya’s school of mentoring is Ranveer Singh, who people can’t stop raving about since his hair-raising performance as the villainous Alauddin Khilji in Sanjay Leela Bhansali’s Padmaavat.  While critics agree that the maverick actor has reached a whole other plane of performance with this role, one shouldn’t forget that it was Aditya who discovered the award-winning actor. When Ranveer was flitting from audition to audition in hopes of a break and juggling a daytime job in advertising, it was Yash Raj Productions that handed him his chance in the form of Band Baaja Baaraat. The film became a sleeper hit and Ranveer bagged his first award for best debut actor. 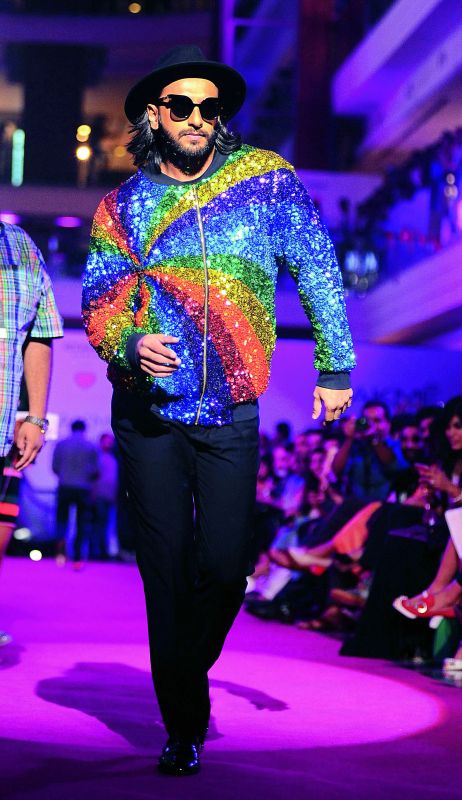 Ask the actor about his association with the production house and Ranveer is all praises. “I love Aditya, and he is extremely proud of me. It means a lot to me when he likes my work. I am the luckiest person to have a mentor like him, who is such a visionary and has such business acumen. He is a brilliant creative person,” the actor gushes. If one needs further proof of Aditya’s keen eye for talent, they only need to look at Ranveer’s fellow lead in Band Baaja Baarat — Anushka Sharma. The Garhwali model from Bengaluru, who was making waves at Lakme Fashion Week, had no film backing, what with an army officer for a father and a homemaker for a mother. However, that didn’t stop Aditya from launching her opposite King Khan himself in Rab Ne Bana Di Jodi. The film went on to become a hit and the actress is now one of the most sought-after performers Bollywood has seen. She went on to star yet again with Shah Rukh Khan in Jab Tak Hai Jaan and Jab Harry Met Sejal, the former being a Yash Raj production too.

The evolution of the actress hasn’t been limited to the wide spectrum of roles she has experimented with, but goes even beyond that. Today, Anushka, along with her brother Karnesh Sharma, helms her production company, and has films like NH10, Phillauri and the upcoming Pari and Kaneda to her credit as a producer. Bhumi Pednekar is another of Adi’s finds. Having worked for years as a casting director for YRF, the young actress signed their famous three-film contract. Since this contract binds both the actor and the production house, there is some sense of security for all involved parties. In her debut film Dum Laga Ke Haisha, Bhumi excelled as an overweight wife and teacher, whose struggle to find harmony with her husband (played by Ayushmann Khurrana) found audience in millions of people. Her stellar performance in the unconventional role made the film a sleeper hit — and ensured that she would go on to get roles in films like Shubh Mangal Savdhan and Toilet: Ek Prem Katha.

Both Anushka and Bhumi still gush about the man and the production house that made it all possible. “I feel fortunate that I have been able to work with someone like Adi so early in my career,” says Anushka, enthusiastically, “I feel like any advice he gives me is sincere and from the heart. I have known him for over 10 years now, and I have found him to be one of the best people in the film line. He has strict principles, which anyone can learn from.” Now that the actress is finding her way as a producer with powerful films too, she goes to Adi for advice — producer to producer. “If I have something to discuss, I unhesitatingly go to him and I adhere to whatever he tells me, because I know that he wouldn’t lead me astray,” she smiles. Bhumi, too, expresses her gratitude for the YRF tag being associated with her career. 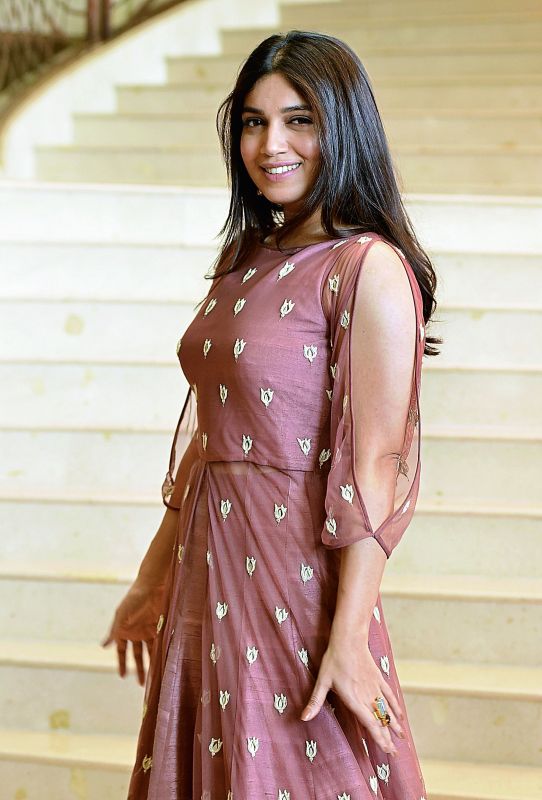 Bhumi Pednekar made her debut in Dum Laga Ke Haisha

“Yash Raj has cushioned me in many ways — I think it’s the kind of security and respect people give you because you are a Yash Raj talent. People know they cannot mess with you, they know that if they do wrong, there is an entire team of people that will take legal action. I feel protected because I know somebody is backing me,” she says. While Bhumi has only been associated with Aditya in the capacity of a producer, both Anushka and Ranveer have worked with him in the role of a director as well. Though Ranveer’s Befikre was one of the few flop films that he has acted in, the actor counts it as an enriching experience. “While working with him in Befikre, I learned a number of things about acting that I could only learn from Aditya. People often ask me how I deal with the failure of Befikre but I never looked at the film as a failure at all,” he muses. “I have fond memories associated with the film and I feel like I learned a lot under Aditya’s guidance, and grew a lot as an actor during the span of the shoot.”

Second Chances:
Though Rab Ne Bana Di Jodi cruised through on SRK’s star power, the film got Anushka mixed reviews on her performance, despite award nominations. Badmaash Company, which was her second film in the three-film deal with YRF, also got mixed reactions. The third time was the charm though.  Anushka went on to star in Band Baaja Baaraat, this time opposite Aditya’s next secret weapon Ranveer, who has had success after success at the box office since then, with very few misses. It was here that Anushka’s career really took off.  Vaani Kapoor is another actress who is on her third chance, but with a not-so-smooth ride. Having already flopped twice with Shuddh Desi Romance and Befikre, Vaani will still get to star in a film opposite biggies like Hrithik Roshan and Tiger Shroff. The actress  feels that Aditya has her back, since he recognises her talent. 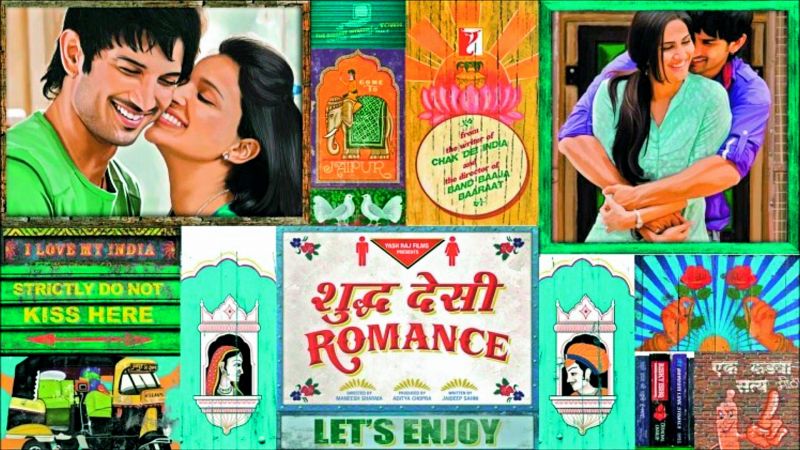 “Aditya felt that I had the potential to do good work. He asked me to have patience, but he didn’t promise me anything. Before Befikre was made, Adi told me that he didn’t know when he would make a film but said he would someday, and that he wanted me on board,” the actress recalls.  A young actress, who is similarly waiting for her day in the sun, is Anya Singh, who starred in Qaidi Band. The Habib Faisal film, which revolved around a group of innocent under-trials using the power of music to secure their release, didn’t see much — if any — success. Though the film had potential, it turned out to be a flop and just barely recovered its money at the box office. 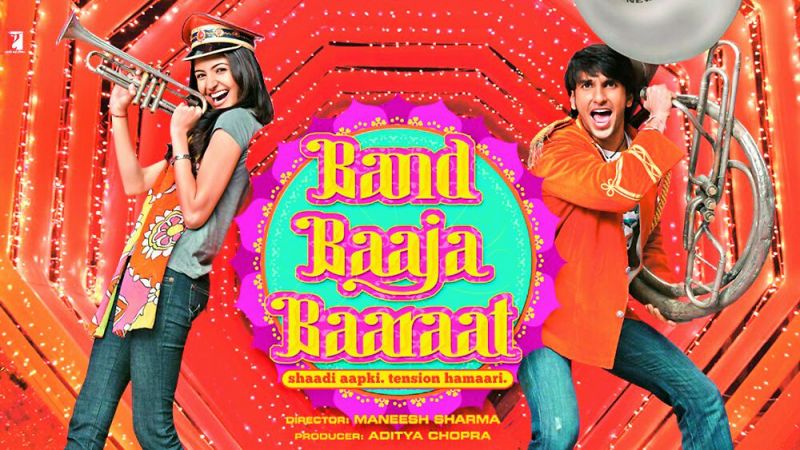 A poster for Band Baaja Baarat

Unlike many other one-time-wonders, however, this doesn’t spell an end to Anya’s career. “I feel really fortunate to have been launched by YRF. I never had formal training in acting so I had no clue about any technicalities of filmmaking,” confesses Anya. “I got a hands-on experience learning all of it and I don’t think I could have done even as much as I did without Aditya’s’s guidance. They really put talent first, and that’s something that anyone can admire,” she adds.

A man for all seasons

It’s not just actors, but also directors who compliment Adi on his insight and open mind. Director Ali Abbas Zafar was still making Sultan when he approached the producer with the idea for a spy thriller. “I had a script ready but it was only after I completed it that I approached Aditya. He asked me what I wanted to make. I narrated the script (for Tiger Zinda Hai), explaining that it was topical and people would relate to it. I told him that there is a Pakistani agent and an Indian agent, and we could relate it to Ek Tha Tiger. He loved the concept,” the director recalls with a smile.

Even Karan Johar had revealed in an interview how his own instincts had warred with Aditya’s, and how he finally had to bow down to him. In a candid interview, Karan had confessed that he had never thought that Anuskha would make it in the industry. He said that she’d looked “lost” and that he, Karan, had been sure that her career would tank after the first film.  It was after Band Baaja Baarat that he sat up and took notice of her. The director even apologised to Aditya and Anushka, when casting the actress in his own Ae Dil Hai Mushkil. To get the unequivocal support of both fellow industry biggies and the kids that he has launched is not a small feat. Talent really does pay off, at least when Adi is around.