In the long run

Rawat completed the marathon in 19 hours 46 minutes recently after the qualifier run held earlier this year from Dehradun to Dhanaulti. 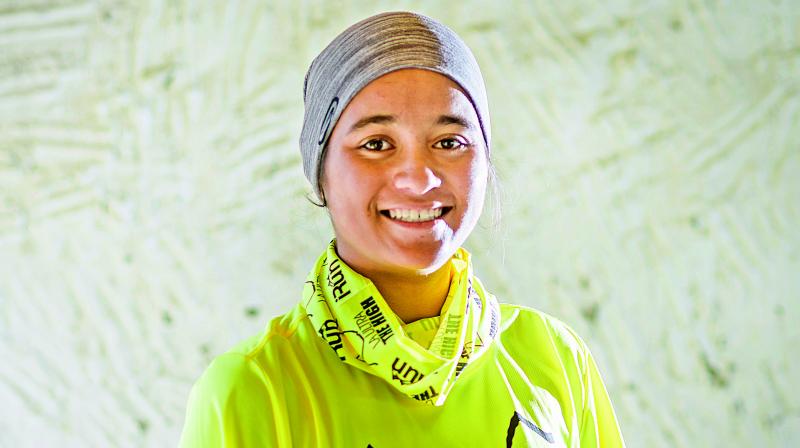 We speak to Jyotsana Rawat, who at the age of 17, has become the first Indian woman and the youngest person in the world to complete La Ultra-The High, a high-altitude marathon.

Can we talk in the evening, I have a basketball match in the afternoon after school?” comes the polite request. A few hours later, she is ecstatic that she won the match, and feels even more thrilled to sit for an interview. That’s Jyotsana Rawat for you, not running after media mileage or laurels, but someone who simply loves running. The 17-year-old student from Dehradun, recently became the first Indian woman and youngest person in the world to complete La Ultra — The High, a high-altitude marathon that is considered as one of the toughest endurance races. The run starts from Nubra Valley and ends at Leh after passing through Khardung La pass covering a distance of 111 km. Rawat completed the marathon in 19 hours 46 minutes recently after the qualifier run held earlier this year from Dehradun to Dhanaulti.

It all started for her when she was just five years old. “My father Yashwant Rawat, who is in BSF, is a marathoner and a National Institute of Sports qualified coach. He was posted in Chhawla Camp in Delhi when I was about four or five years old and we used to visit him. Every morning, my father used to wake me up and we would go running. One can imagine the crankiness of a kid who should ideally be enjoying her vacations sleeping till late, but was made to wake up in the wee hours, that too for running. It all seemed like a punishment initially but my father made those runs exciting as we would stop to engage in some interesting games. In some time, running became a way of spending quality time with my father. Then organically running became an integral part of my being and it transformed me as a person,” she reminisces. 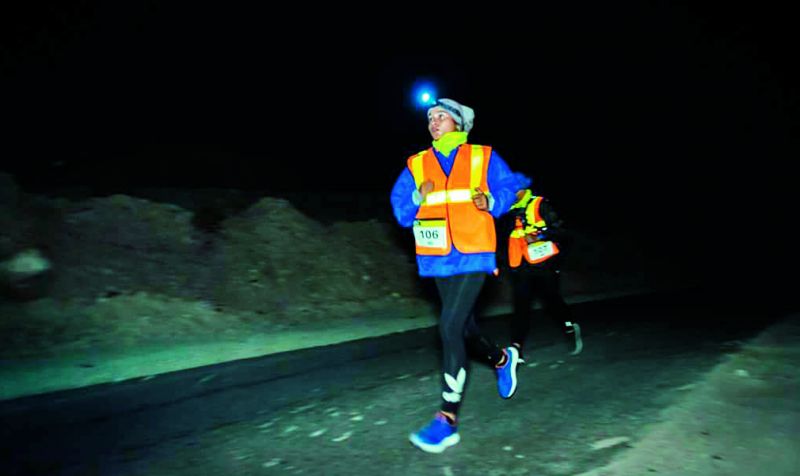 As she grew, the distance she would cover running also grew. But Jyotsana says she isn’t that great when it comes to sprints and the 100 m, 200 m, 400 m races at school weren’t her cup of tea. “You can count my completing the Garhwal Runs, the 75 km qualifying race and La Ultra race as my biggest achievements. Every other participant was above 30 and most of them belonged to defence services. Before I tried my hands at Garhwal Runs, I had run only 50 km at a stretch. Then my father came up with the idea that we both should do it together. When I completed the qualifying race, Dr Rajat Chauhan, race director, told me that I am the first Indian women to even qualify for the race in Leh. People were shocked that a 16-year-old could do that. Everyone had expected me to give up, but I didn’t,” says the girl who completed the race in February at 16, and is now a confident 17.

Though no one was pressurising her to complete La Ultra, Jyotsana began training hard. But she got her nose broken at a basketball match and was asked to quit training. When she later resumed training, on occasions, she ran with a bleeding nose. And ultimately the hard work, determination and self-belief paid off. Along with the feat of becoming the first Indian woman to qualify and complete La Ultra, she has one more distinction — Yashwant and Jyotsana are the first father-daughter duo to do so. “Even if my father hadn’t been there physically with me, I think I would still have completed the race. I have that willpower in me and his words in my mind,” she says.

The Rawat household doesn’t plan shopping and movie outings on weekends. They plan treks. “With my younger sister and brother also in sports, my mother doubles up as our driver ferrying us from one venue to another,” she says.

But what about studies? “My father tells me to just clear all my exams as it would not look good if the head girl of the school flunks,” she laughs, adding, “I have cut down on my runs, and am currently focusing on clearing my exams.”

Jyotsana is also a qualified Kathak dancer, an amateur writer and a budding basketball player and mountaineer. So, has she decided what she would pursue later? “Pursuing sports as a career can be risky as it pays little and there are a lot of injuries. I want to join the Indian Air Force or the Indian Army. I might open a dance school. I don’t know, I will think about my career in the holidays after my board exams,” she pipes, sounding indecisive. Yet, the one thing she is sure about — running will always be part of her life.