The first IPS officer to successfully accomplish the ‘Seven Summits’ feat, Aparna Kumar says that she is game for tougher challenges in her life. 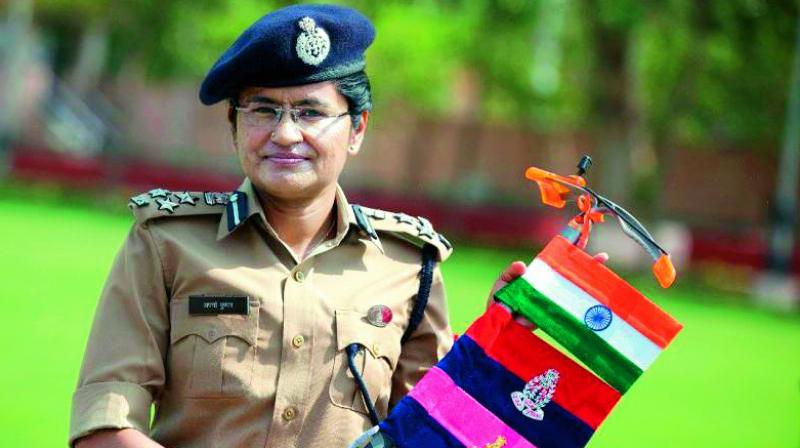 The first civil servant and IPS officer to scale the highest mountains on all seven continents — a feat known as the ‘Seven Summits’ — IPS Aparna Kumar, DIG Northern Frontier ITBP has long pushed past the limits of human endurance. However, she admits that her first attempt on Denali, in the white nights of the Arctic summer, remains one of the toughest challenges she has ever faced.

Still, it is a feat she accomplished just recently when she successfully scaled Mount Denali, the highest peak of North America (20,310 feet) and completed her seventh summit in the ‘Seven Summits’ Challenge.

Aparna’s mountaineering journey began sometime in 2014 when she made her first attempt at climbing Mount Everest in April-May of that year, but following some major avalanches and the tragic death of 16 sherpas on the Everest, all expeditions were called off by the Nepal Government.

Thereafter, she attempted to climb Lobuche East peak (6,119 m/20,075 feet) and was able to summit it successfully in April 2014. A very tough and strenuous climb, Aparna reveals that she had to survive in temperatures of -35 degrees and an atmosphere of rarified oxygen. Just two months later, in June 2014, she successfully climbed Stok Kangri (approximately 20,182 feet) in Ladakh, becoming the first ever IPS officer to achieve the feat.

For the latest expedition, Aparna and her team apparently spent days and nights in their cramped tents, eating sparse rations cooked over limited fuel and waiting for the weather to break.

“Mount Denali in Alaska is the highest peak in North America, located at an altitude of 20,310 feet. It is a very challenging peak due to its unpredictable weather, icy cold high speed winds, crevasses, avalanches, rock falls and steep exposed sections. Carrying a heavy backpack and pulling a heavier sled all through the glacier and the various camps only adds to the challenge,” says Aparna, adding, “Its Arctic latitude makes for extreme weather conditions and its remote location in the Alaskan wilderness means that climbing teams must be self-reliant and experienced. Denali means “The high one” in Athabascan. On June 29, 2019 at 4.15 PM Alaskan time, I finally reached the summit of Mount Denali, thereby completing the seven summits.” 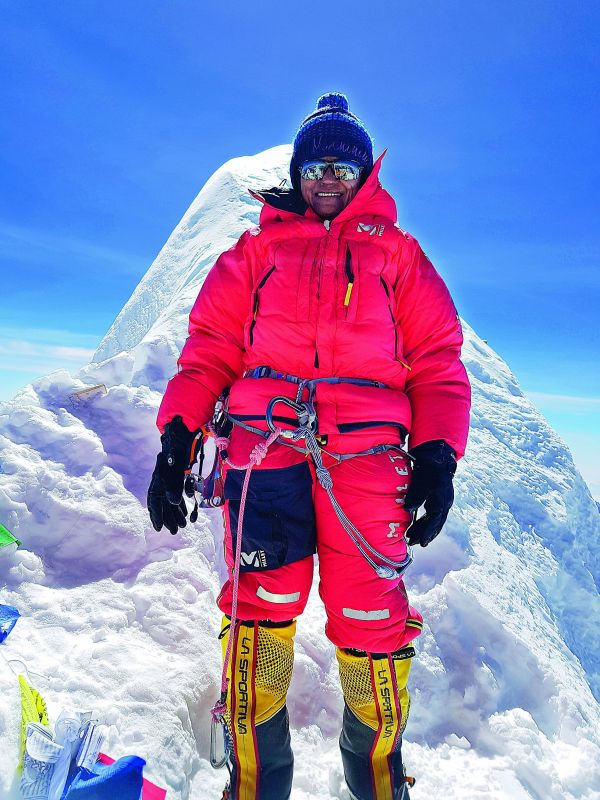 Aparna credits a large part of her success to the love and support of her family. She describes her mother as a great inspiration and says that her husband is most supportive and encouraging towards her challenges. “I get inspired by reading about ace mountaineers, climbers and explorers. Their incredible journey of triumphs, tragedies and grit inspires me to dream of challenging adventures,” says the mother of two.

Mountain climbing is not for the faint-hearted, especially since it requires one to be at peak physical condition, coupled with extraordinary mental stamina and the drive to do the climb. “I feel very happy and relieved about reaching the South Pole and now, by climbing Mount Denali, I have completed seven summits. I am quite excited and looking forward to more challenging and tougher tasks in the future,” says the IPS officer.

It was at the Atal Behari Vajpayee Institute of Mountaineering and Allied sports (ABVIMAS) in Manali that Aparna trained in basic rope knots, ice climbing, snow craft, cramponing, self-arrest techniques, knowledge of various equipments, gear and clothing, glacier and crevasse rescue techniques etc.  “To be physically fit, one needs to be very disciplined and have a daily routine. Running, cycling, weight training, pulling tyres, hiking with heavy backpacks, functional training etc. becomes a part of one’s fitness routine. Eating a healthy and balanced diet is also very necessary for the body to be able to cope up with the strenuous exercise routine,” says Aparna.