One strange thing you will observe in Sarajevo is its streets littered with reminders of the war. 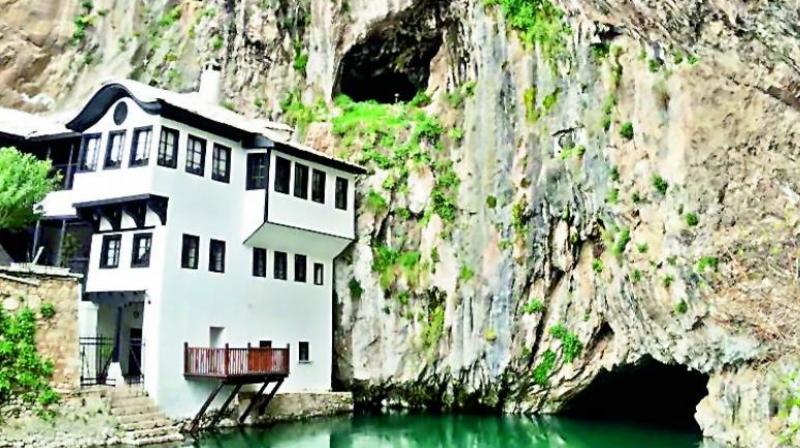 The Blagaj Dervish monastery near Mostar in Bosnia.

My trip to Bosnia was a part of my tour of the Balkan peninsula south-eastern Europe. I must confess that when I planned the trip I had little idea of what to expext from it and I did not expect too much since I had mentally told myself that former part of a communist regime — Yugoslavia — would have nothing much to offer of tourist interest. 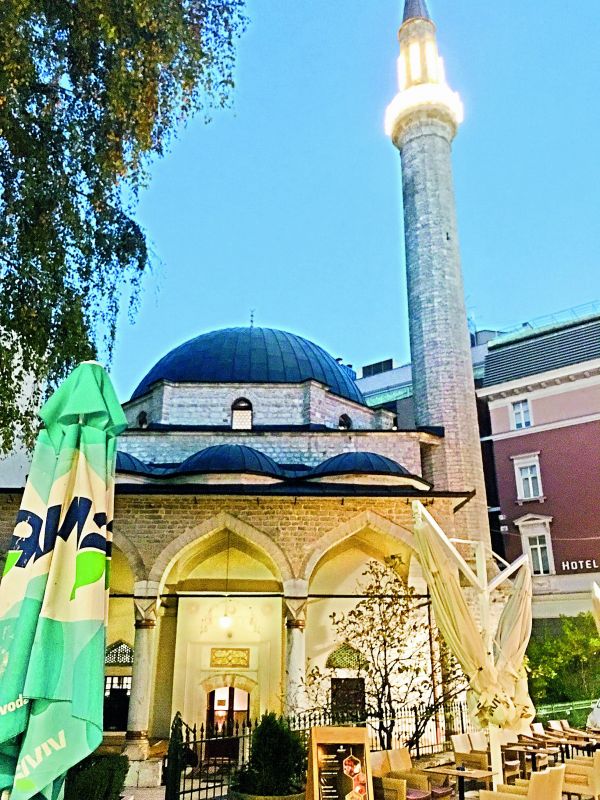 (Above) Gazi Husrev-beg Mosque in Sarajevo; (below) The cemetery in Mostar old town in Bosnia

I was wrong and I ate my words as I spent an awe-struck few days in the region, marvelling at natural and man-made wonders alike. My first impression of Bosnia’s capital, Sarajevo, was that it was like a beautiful red painting, with the entre piece being the iconic bridge Latin Bridge  that stretches over the Miljacka in Sarajevo, Bosnia and Herzegovina.  For those interested in history, the northern end of the bridge was the site of the assassination of Archduke Franz Ferdinand of Austria by Gavrilo Princip in 1914, the ghastly event that sparked World War I. Sarajevo was also the epicentre of the infamous siege by Serbia that sparked the Bosnian war. But that was a long time ago and the region’s tourism industry definitely wants to portray a different picture of Bosnia as an important country in the region with its beautiful cities and a great paradise for nature lovers. Its buildings have been scrubbed clean, its historical monuments renovated and its government is now making fresh efforts to host another Olympic games like the winter Olympics that it hosted in 1984.

I joined a walking tour to see the highlights of this vibrant city which is built in a valley and is surrounded by the alps with its emerald green hills. The gigantic statue — Multicultural Man — a nude man pulling the meridians of the earth together, with doves helping him in the job, is probably the most visited and photographed monument in the city. The statue signifies the fact that that despite the siege of Sarajevo from the year 1992 to 1995, the country is holding together very well. 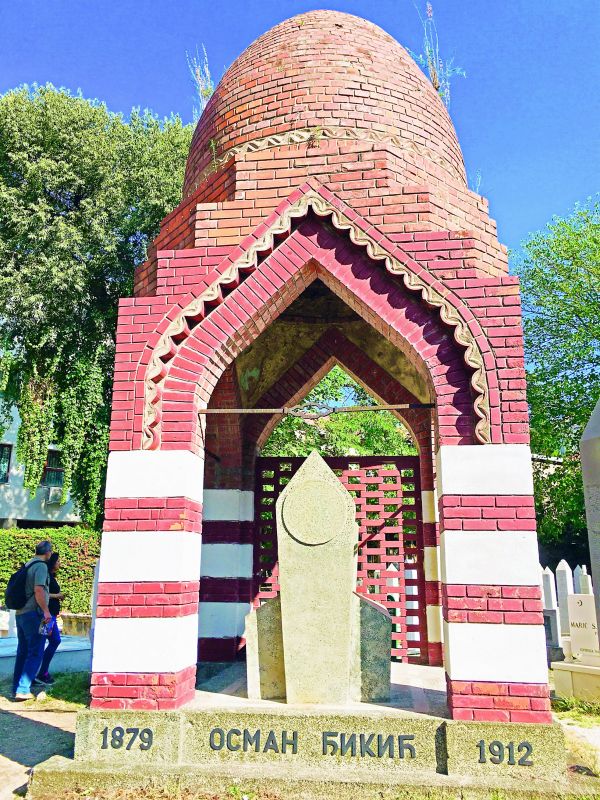 The Ugliest building now has the highest rent

It might not be a sight for sure, but Sarajevo’s ugliest building, a Soviet era relic, now coloured green and yellow, draws tourists by the droves, many of who take dozens of pictures for their Insta and other social media handles. I’m not sure what it looked like in the Soviet era but the legend goes that the government did not want the ugliness of the black-brown communist building to mar the festivities when the country hosted the 1984 winter Olympics, and had it painted green and yellow. The building has an unusual façade today with no particular architectural style but the fact remains that apartments in it get the highest rents in Bosnia!
The old bazaar of Sarajevo

Like most of the cities of the Balkan region, Sarajevo is a quaint, pretty old town with cobbled streets and tiny stores selling stunning handicrafts. Some of the main attractions in the historic old town are the historic buildings such as the Gazi Husrev-beg Mosque and the clock at Sahat Kula — the only one that uses the lunar time which is how the muslims determine the time for their daily prayers. The bazaar is also the place to sample the distinctive traditional Bosnian coffee served in copper pots with a huge range of dessert delicacies. The bustling old town is a great place for people to smoke a shisha — if you like it — and to buy some trinkets from the shops along the lanes.

The reminders of war

One strange thing you will observe in Sarajevo is its streets littered with reminders of the war. Most of the streets are full of red rose painted on either sides of them and have at least one section which is damaged. A local explained that these damaged pieces are where the artillery landed and someone was killed on that spot. The roses have been painted in memory of the lives lost and symbolises love and peace.

A tunnel of hope

During the siege of Sarajevo for over three years, a 800 meters deep tunnel was dug by citizens from both sides of the city, which  was used for passage of medicines, food and artillery. The tunnel took over three months to complete but helped the locals survive and the army to fight during the siege. Another place close to this tunnel is the Sniper Alley, which was the main street targeted by the army.

Mostar, Bosnia’s second most pretty city is two-and-a-half hour drive away from Sarajevo and has many lush valleys, a sparkling river, many mosques, and churches. I had thought that my senses were already saturated with the horrors of war that I had seen in Sarajevo, but Mostar again punches you on the face with its heavily pockmarked buildings and streets. The main attraction of Mostar is Stari Most, a 16th Century Ottoman bridge that is aesthetically pleasing but difficult to walk across. It was damaged in several wars and rebuilt in 2004 and is the iconic symbol of the humpbacked bridge. Today, it is used by divers to show off their diving feats in the shallow river below the bridge.

This 600-year-old Dervish mystical monastery situated at the base of a cliff next to the holy river, Buna, is a unique picturesque series of old buildings  and rooms where you can see many dervishes of the Mevlevi order, spin into a dance and go into a state of meditation where they praise God. On certain days of the week, you can engage in conversations with them about sufism. I also recommend a boat ride into the cave near Buna.

Bosnia is a treat for your eyes and senses. It has the Eastern Europe’s old world charm full of exotic cuisine and history.

— The writer is a travel enthusiast