When too much is not enough

Patrick McGinnis coined this new age term, (FOBO), which simply implies that people are indecisive as they have too many options now. 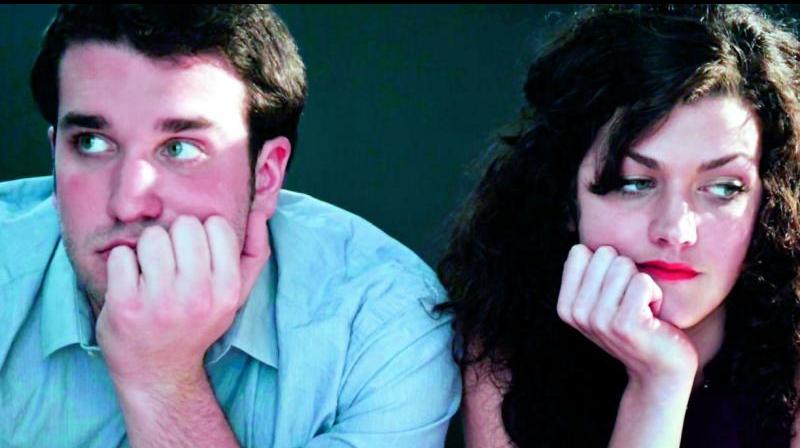 The series Shiny Things Project focuses on the good, bad and ugly side of dating in the current era.

When was the last time you waited it out— and factored in on the upsides of a volley of choices—until you zeroed in on something? Are you often triggered by thoughts of not making enough of the excesses around? If the answers to the above questions are a resounding yes, well, you’re not alone. FOBO exists for real. And millennials are most affected by this lifestyle syndrome in question. Throwing in a bit of context; the state of predicament FOBO or Fear of Better Options refers to a fear of losing out on better things, and hence leaves you in a dilemma of making the right choice. The rise in FOBO brings us to an important question— has existing in an era of endless options killed the essence of it all? Sunday Chronicle delves deeper…

“Curbing ourselves from giving into FOBO would simply involve ensuring we understand that the world is full of possibilities and that holds good in every realm,” begins author Namitha Sonthalia, who adds, “Yielding towards constant materialistic cravings can be avoided by simply learning to accept and appreciate what we want, set a Target or a budget and maybe even a schedule that ensures we don’t look further.”

Cognitive dissonance theory says, “Your brain cannot be in a confusing state for too long.” You might feel disoriented forever and have an immensely tough time on making decisions for the rest of your life. If the action or decision doesn’t bring positive results than they start to self-blame, loose control and feel anxious about the event.

If the behaviour goes unchecked, FOBO will lead to one missing out on gatherings, buying presents on time, accepting the right job offer and a lot more. McGinnis, who coined the term FOBO has been researching this for over several years now and believes that FOBO is intrinsic to human nature. Quoted in The Guardian he says, “These feelings are biologically part of who we are. I call it the biology of wanting the best. Our ancestors a million years ago were programmed to wait for the best because it meant they were more likely to succeed.”

Reiterating how albeit the term has a very millennial spin to it, South Indian actress Priya Mani believes that the predicament holds good for individuals across a broad spectrum. “FOBO is as real as it gets because most of us are at that juncture where we haven’t really accepted ourselves or made peace with where we are. The quest for better—thanks to social media— is ingrained in us. Look closely, the need for something bigger and better boils down to unrest and uncertainty within ourselves. We wouldn’t be as affected by FOBO as we currently are if we realised that the missing piece to our puzzle isn’t available at the next ‘End of Season Sale’ or the next search. Rather, it is when you make up the resolve to make peace with your present (and not just your past).”

While FOBO might not be a bad thing, provided you know how to draw a balance, Rohit Kalro, a 25-year-old marketing professional and City lead at Svami tonics, says the trick lies in knowing when to jump the ship. “I don’t think being on the lookout for better things is detrimental for that matter. Great jobs and opportunities are far and few in between. If you aren’t fixated on doing better and moving on in pursuit of what it takes, I think you’re going to be very complacent—something us youngsters can’t afford anymore. I’d suggest people to wait it out, make a mental list of why and why not. And, more than fearing why you’re on the lookout for better options, ask yourself why do you need it so bad? It all comes down to the reason needed for the change. If there are indeed reasons to make a switch, then ignoring it just to curb FOBO is meaningless.”

As per a popular LinkedIn report; FOBO is one of the top workplace challenges people face today, with 68 per cent of workers admitting they fear there may be better options beyond their current roles. So, does FOBO in a way hold serious health consequences? “Absolutely, our brain is the smallest part at two per cent of a person’s weight uses 20 per cent of the body’s energy use, which means about 320 calories on a normal day goes only in thinking,” says Life coach Shashi Kalyanpur, adding, “All of us are being guided by our intuition all the time, but we never listen to them as our conditioned brain takes over. It is imperative to accept the fact that perfection is only in your mind and not in the real world, then you will not feel your choice is a compromise or sacrifice. Practice gratitude and be happy with what’s currently on your hands. Appreciating what you have reduces the irrational lust for more.”

A deeper look into the predicament reveals that individuals who are really stressed are at a higher risk of suffering from FOBO. Speaking of which, Namita Bajaj infers attributing the behaviour to a personal perspective, “I believe stress is a completely subjective concept. While some of us can stress out over trivial things, there are some of us who have the resistivity of a saint.

Having said that, In a world where everything is all about choices and perfection, the e-commerce segment is definitely not helping in limiting that for us. A boon and a bane depends on a personal perspective where it could lead to large levels of anxiety but, not something that should harm people at large psychological levels. For someone who is all about giving the perfect gift or making the eye-catching appearance, having a plethora of options to choose from might just add to the mental chaos but may also be a fun endeavour to look up to.”

Thinking along similar lines, Life coach Dr Paras, adds, “If you are someone who takes long to arrive at a decision, the trait a telling characteristic of an unchecked or unevaluated critical voice that has taken charge in your head. This often gets overlooked and add stress to it, arriving at a conclusion seems impossible. This inner enemy sets a value conflicts between patients and actions which procrastinates our quick decision-making skills. Before you blame stress, or society or social media for you lack of proactiveness when it comes to decision making, look inwards and ask yourself a few questions. A large part of being indecisive has got to do with an internet turmoil of being genuinely incapable of trusting your own instincts. This is often evidenced in Indian families where parents and elders tend to be overprotective and micromanage their kids. FOBO is also reflective of a dependency of sorts—external influences seems to have made a drastic effect on your perspectives and well-being.”

Asserting how the whole concept stems from unresolved self-worth issues, life-coach Vaibhav Dattar says, “This mental challenge stems from low self-esteem within a person. Individuals should engage themselves with an internal monologue i.e. positive self-talk to get clear on their virtues of acceptance and place themselves at the edge of their comfort zone to avoid any mental
distress and enjoy every moment to the core. Be more passionate about your current life or do everything in your control to like it. When you find whatever you presently have isn’t that bad, the urge to look around reduced to a great deal. It’s all about convincing yourself to see the good in what you have.”

If all else fails, don’t forget to take it easy and practice self-hypnosis to ease up on your anxiety. “Take an imaginary adventure with an eyes-closed along with engaging in deep breathing. You can allow yourself and your inner child to imagine that his appearance and aura are different like an alpha leader and you don’t need to impress anyone except yourself. You can allow yourself to concentrate on the better side of the consequences and make yourself learn to move on despite any failure,” concludes life coach Vaibhav Dattar.

Are you convinced by the life you lead or are you trying to cover-up the emptiness by painting a rosy picture of your existence to seek validation? Search for these answers before your search for the “better option” begins!”