The book has so much action and inspiring interventions that one wouldn’t be surprised if it were made into a movie some day. 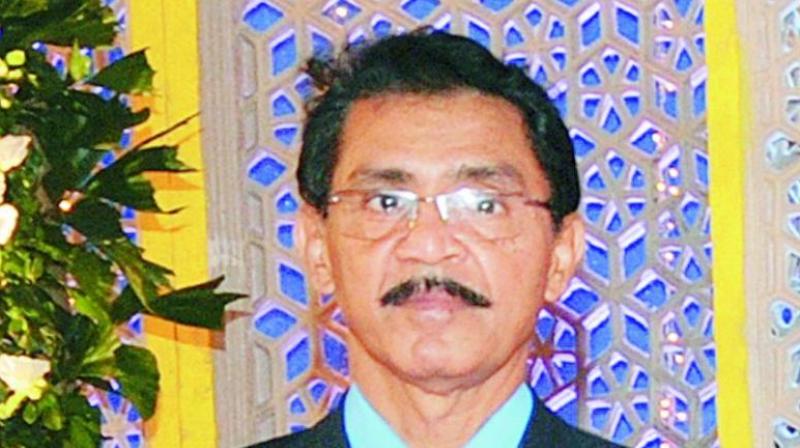 In 1976, a just graduated Isaque Ibrahim Bagwan joined Colaba police station as a sub inspector. A small town boy from Baramati in Pune, he was nervous on the first day of his dream job. His colleagues were taunting him and calling him ‘Bablya’, much to his chagrin, and he was having a tough time with the paper work in English. That was when police inspector (Crime) Madhukar Zende arrived. When he saluted and reported to him, Zende asked where he was from, and revealed that he too was from the same village. In the chat that followed, he explained to Bagwan what a police officer should be and how he should do justice to his uniform. From that day to the day he retired as an Assistant Commissioner of Police in 2009, Bagwan followed his words.

In his debut book Me Against the Mumbai Underworld released recently, the three-time President’s gallantry medal awardee gives insights into his much-hailed quick thinking and valour, his experiences for over 35 years in service and his tryst with the criminal gangs in Mumbai. “Penning an autobiography was never a retirement plan. It all just happened,” recalls the brave cop, who is now happily leading a retired life with his family in Mumbai. His tryst with writing, interestingly, happened at the behest of the same Zende, whom Bagwan considers his mentor and ‘beacon of light’. “It was in 2006. I was a junior inspector at Malabar Hill station when a journalist came to see me with a reference from ACP Zende (by then, Zende had become a dreaded cop for criminals after he put behind the bars most wanted gangsters Charles Sobhraj, Haji Mastan and Karim Lala). The journalist claimed to be writing a book and required details about gang wars and case records, including the Manya Surve encounter (the first-ever encounter in Mumbai in which Bagwan shot the gangster),” he says.

Over the next few months, the reporter gathered a lot of information and photographs and left. Bagwan forgot about it. Later, after he retired from service, he came to know from newspapers that a movie was being made, based on the Manya Surve encounter. “I called the reporter up and asked why I wasn’t told. The reporter apologised and soon came to meet me with the film’s producer. They asked me for a ‘no-objection certificate’ and I agreed to give one without taking any money, on one condition — that they should use the true story in chronological order.” But when Bagwan chanced upon the trailer of the film Shootout at Wadala on TV, he realised that they hadn’t kept their word. “Manya Surve was killed in an encounter with the police and not with the help of the underworld as shown in the film. We arrested both the gangs mentioned in the film; it was all misconstrued. We were very furious. I raised my objections before the Press and finally, they changed my name in the movie given to the character played by Anil Kapoor. That’s when many politicians and senior officers asked me why I couldn’t write a book with facts,” Bagwan recalls the journey. In two to three years, he completed the book. 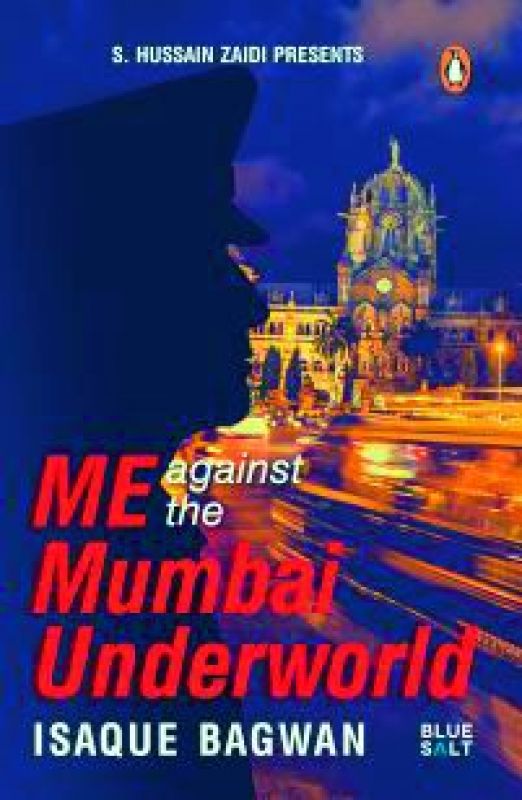 For a daring cop, life during the service years wasn’t easy at all. Life threats, attacks on family... all made him stronger. Then happened that huge turning point — 26/11. “I was at home about to have dinner with family when I got the call that a firing was happening in Leopold Cafe. I took my revolver and rushed to the scene. I could hear the blasts at the Taj and soon realised that it was a terrorist attack. There was no time to think. Terrorists had entered Nariman House and I rushed there with my 12-member force. I asked my men to take strategic locations and we had to be in control till commandoes arrived,” says Bagwan, who now runs a security and detective agency in Mumbai. That was when two civilians were killed in the firing by terrorists. “I had no choice but to evacuate the premises. It wasn’t easy because 300-400 people were living there.” In a couple of hours, they moved all of them to a safe spot and for over 16 hours till the NSG took over, didn’t let any terrorist leave the building.

There are several such stories chronicled in the book — once when he had to confront a Cabinet minister to arrest a leader of his political party who was a smuggling kingpin, his encounters with the very dangerous Pathan gang, near-death moments, crucial operations...  Special inspector general of police Vishwas Nangare Patil sees the book as an encyclopedia of unique and interesting incidents that happened during Bagwan’s tenure. The book has so much action and inspiring interventions that one wouldn’t be surprised if it were made into a movie some day. “I haven’t thought of it that way. But yes, if someone would promise to not twist facts, I might agree. But now, I am planning to write more. There are more historical details to be documented,” Bagwan feels. Call it an encyclopedia, a guide or a biography, the book is a true document of Mumbai’s history through the eyes of a supercop. As he puts it, “On some days, you are no less than Sherlock Holmes. But on others, you are just a regular policeman on bundobast duty.”