A rebel with a cause 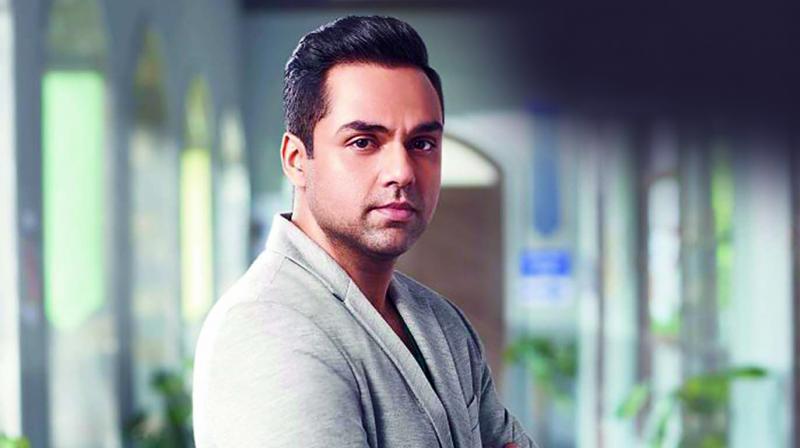 Abhay Deol is unapologetic about the way he approaches and lives his life, professionally and personally, no matter how much it costs him to chart his way into the industry.

When Abhay Deol first burst onto the scene, he was touted to be the thinking man’s actor. Middle-of-the-road cinema and masala movies were both picked up with aplomb as Abhay starred with edgy directors like Anurag Kashyap and Dibakar Banerjee in a spate of movies like Dev D and Oye Lucky, Lucky Oye, which catapulted him to fame.

Having kickstarted his career with Imtiaz Ali’s Socha Na Tha in 2005, however, Abhay seemed to have lost the plot over the past few years. In 2014, in a rather public showdown, Abhay walked into a red carpet event with a black eye, painted deliberately to protest against T-Series’ alleged delay of the release of One by Two’s music. The fact that the fight went nowhere and his subsequent movies, including One by Two and Chakravyuh tanked at the box office, only added to his woes.

But Abhay is nothing if not resilient. Slowly and steadily, the actor is trying to rebuild his career. He’s now ready with his next Nanu Ki Jaanu, which is a horror comedy, a far cry from his gritty movies earlier. But Abhay is up for the challenge. Excerpts from a conversation with the Deol lad:

You’ve been a rebel all your life. Is the ‘my way or the highway’ attitude a conscious move?
The rebelling happened out of the environment I was in. It’s not something I romanticised in my head, thinking ‘Oh, I want to be a rebel.’ I found myself rebelling against the system that was trying to shape into a particular way that I never was.

Go on…
My only point was why can’t I retain my individuality, and then add value to it? That thought made me a rebel, because if everything is formula driven, you have to do things that way only. Even today, rehashing old formula dances, muscular bodies, unnaturally so — that’s the kind of trend. Everyone conforms to it, so you stand and say ‘I don’t want to do that’. Then, you make an impact, and you’re valued less because it’s hard to put a number to you. Studios only chase successes; they don’t add something new to the industry. In this environment, how you survive is the difficult task. But this isn’t me complaining; these are genuinely the issues I’ve faced.

You come from a filmy background. But do you find that the survival of an actor is difficult?
I think being in the industry is difficult, and the one way to survive here is to stop looking at your problem as the worst thing ever. That makes it easier. There’s struggle when you step into the industry, and one to hold on to that position. So when you focus, it becomes easier.

You mentioned unnaturally muscular bodies. Would you agree to sign a film where the makers want you to get eight-pack abs in a few months?
If I love the script, and I love the director, I would do it for me. It’s fine with me, the injections will take barely three months and I will get there. I haven’t been asked yet, though.

This is something many have wondered about often: how are you so different from the Deol family, personally and professionally?
I’ve always been creatively inclined towards art, theatre and painting. I suppose going abroad to study had an impact on me and got me out of my shell. A lot of people talk about doing out-of-the-box stuff. I say first get out of the box.

Now that’s a thought…
I think objectivity came to me as a student abroad, and on my return I was a changed person; I wanted to stay true to it. It was my choice to stay true to that. People say ignorance is bliss. I was inexperienced, I didn’t know what I would be up against, so I thought things could be done. So, like a fool, I kept pushing and pushing.

Has your career panned out the way you had imagined it would?
Many people tell me if my film doesn’t do well, it doesn’t have an impact on me. That’s the result of me being non-competitive. I always believe in what I can give and do. My co-stars and I are both unique, we both have something to give to this industry. So why can’t we both coexist? Sometime you’re on the mark, other times you’re not. So I think having done that consistently, I’m happy with my career. I’m not in a rat race and in competition with anyone. The result of my next film doesn’t have an impact on the project after that.

You once said marriage wasn’t for you. Do you still stick by it?
I don’t think I’ll have the time to have a personal life for the next three or four years. Now, I’m going to be in control of what I have around me. My focus is going to be professional, not personal.