The wisdom and maturity that comes with entering the 30s is well-documented through their varied experiences. 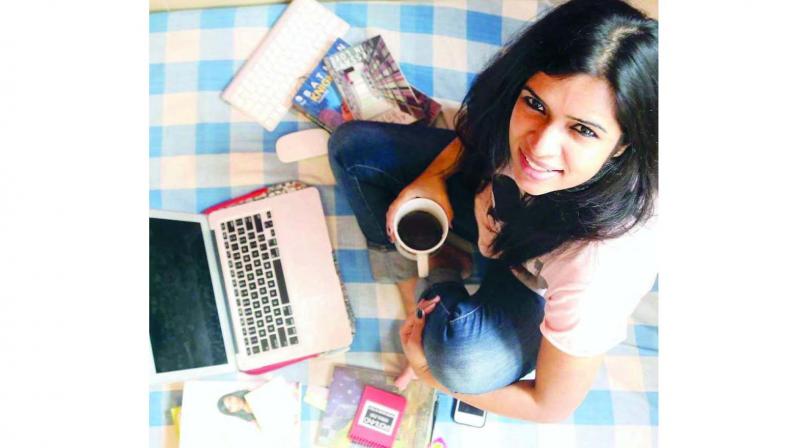 And for heaven’s sake, publish nothing before you are thirty.” — Virginia Woolf, Letter to a Young Poet. Turns out, the poignant modernist 20th-century author’s words of wisdom had a great deal of prophecy to it! Albeit there is no right age to pen a tale which ought to be told, the Indian publishing market is witnessing a rather interesting influx. Indian authors in their 30s are clearly helming the publishing arena — rustling up best-sellers, that sell as hot cakes (well, almost) the minute it hits the shelves. Here’s looking at some of the most eminent references: 36-year-old Indian author Judy Balan, who struck gold with her debut read with the bestselling novel Two Fates: The Story of My Divorce, a parody of Chetan Bhagat’s Two States: The Story of My Marriage. A similar success story is that of best seller Meghna Pant. One and a Half Wife — her bestselling debut novel — won the national Muse India Young Writer Award, alongside several other awards including the Amazon Breakthrough Novel Award. Her other
offering, The Trouble with women is considered a landmark in feminist writing.

At 34, author Meena Kandaswamy stands as the poster girl for feminism and real writings that shed light on prevalent topics, that have always struck a chord.

Not too far behind is the hugely popular 31-year-old  Durjoy Datta, who’s quite the IT boy with a flair for churning out mushy reads  that rake in good numbers and even better moolah for the publishers. Datta has gone on record to state that he believes his works in his 20s were too raw that on publishing it, he invited a lot of embarrassment for himself! Ira Trivedi, Avalok Langer, Novoneel Chakraborty... the list of authors who got it right in their thirties, indeed is endless.  What makes wading through the 30s an ideal phase to pen down one’s musings? We chronicle the train of thought of some of India’s trending 30-something authors...

“It’s the perfect decade because you still have the energy and wonder to undertake the heavy task of writing, but you’ve seen so much of life that you understand the role that you — and therefore your characters — play in this mad and beautiful world,” writes  author Meghna Pant, a multiple award-winning author, journalist, feminist and speaker. She goes on to add, “I was first published at 32 with One & A Half Wife and I knew that I’d found my calling and purpose in life. The best part about being in your 30s is that you don’t care what anyone else thinks about you or your writing. Everyone has an opinion, so I’ve only listened to constructive criticism, which has been — fortunately — little.  I write to fill a wound that doesn’t heal. Writing to me is like breathing; I can’t stop even if I try.” She has recently published Feminist Rani, and has two forthcoming books How to get published  and Holy 100.

Quite like her writings, her success mantra is lucid too. “Write the story that you want to tell. Don’t get caught up with who will read it, who will love it, or who will buy it. A popular story is in the now, a good story is forever.” Sharing a similar streak of good luck is author Judy Balan of the best selling Two Fates: The Story of My Divorce states, “My first novel was an experiment — I had always been writing but I had never seen myself as a novelist. I was writing a blog at the time and happened to make a joke about parodying Chetan Bhagat. I woke up to a barrage of emails asking me to do it. My writer friend, Andaleeb Wajid, who at the time was the only published author I knew, also pushed me to write and I thought why not. My life had derailed spectacularly after a series of bad decisions — I was divorced in my mid 20s, had a young child I had no idea how to raise, pretty lost career wise, and broke. So I figured it’s not like I had anything to lose. So I wrote it and I got extremely lucky, or so it seems.” While  your 30s offers a streak of freedom and the courage to laugh at yourself and life’s idiosyncrasies, the luck factor works only for a bit,  asserts Balan, “Well, having your debut novel become a bestseller has its perks and that whole phase was just... surreal. But big picture wise, if you don’t know much about what you’re getting into, and you happened to get lucky with your first novel, it just might set you up for all the wrong expectations. I don’t think I have a message but the creative life - any kind of creative life — is a roller coaster and I wish I had balanced my somewhat audacious, risk-and-experiment-loving nature with a healthy respect for the tried and tested method as well.”

Best-selling novelist and entrepreneur Durjoy Datta’s who’s cemented his position feels looking back in retrospect, quite like wine, writing gets better with age. “I started writing in my late teens and got published when I was 21. And that’s too early for anyone to get published. But now when I go back and read my book, it feels awful. Most writers are quite raw when they start out and it’s only in their 30s, when they have read enough, they have the skills to write a good book. I think that’s why most writers get published or first taste success in their 30s.”

Despite being massively popular, Durjoy reveals that there weren’t a dearth in trolls and criticisms. “My first five books were quite repetitive and derivative of each other (protagonists were the same). It was correctly pointed out that I had started using the same characters as a crutch to tell similar stories. There was also this thing of only writing stories set in college. So, in my seventh book I moved away from that and thankfully that book got a lot of acceptance.”

Opining that 30s is the sweet age to write self help books; Dr Jagdish Chatuvedi, who’s first book Inventing medical devices — a perspective from India sold over 10k copies, and ranked as No. 1 bestseller under the medical technologies category, says, “At 30, one has just about enough experience that’s worth sharing and can be meaningfully applicable almost immediately.

Therefore it’s important to write now, so that people can get a reference of what’s happening now, what are the learnings and how to improve themselves. I did not intend to be an author, but my mentor and guru Dr. Ravi Nayar advised me to write about failures and challenges I face while innovating. That made sense and Inventing medical devices — a perspective from India came by, where I shared 10 case examples of mistakes that I made while inventing medical devices.”

That said, Durjoy also believes in the power of penning down your musings in the here and now. But he also asserts that there isn’t a tried and tested rule, which works for all. “There’s no mantra. Write the book that you would want to read. That’s the only thing I would say. I have tried to stick to formulas some time or the other and it hasn’t worked for me.”

There is also no denying that writer’s block, one of the most widely recognised nightmares is best overcome with one’s command over their writings. So, does the fear and void lessen with one’s age?  Speaking of which, Meghna Pant opines, “While one’s gender is out of question when it comes to facing an issue like a writer’s block, I would like to believe that  women writers in India are a lot less privileged as compared to their male counterparts. The reasons are obvious — we have in-laws, children and a daily household to look after. So, I’m not sure if there are many out there who are fortunate enough to ponder over or while their  time away in the name of ideating or getting over a writer’s block! But, yes, in your thirties, you are occupied in your inner life, and   are a lot more accepting of the complexities of human emotions. You learn to hustle and wade through. And, yet are more open towards embracing your flaws, looking at things from a retrospect and working towards bettering it. These attributes help one become better writers, as you need to be resilient with your copies.”

Romantic thriller author Novoneel Chakraborty, who has 10 books to his credit, including best-seller The Strange Series, which is getting adapted to a web-series attributes the assumption to evolution. “As much as I strongly believe that there is no age bar in particular to tell a good tale, I feel it is safe to say, speaking from my personal experience, that with age, you are at a better position to tackle plots and characters with tremendous depth. Moreover, I became a lot comfortable in my skin in my 30s as compared to my early years.

Maturity and clarity are key. Since you’re a lot more paced out in your 30s as compared to the hustle mode in your 20s, it  makes more sense to dream and plan in your twenties and execute in your thirties. But that aside, let’s not forget that Ruskin Bond wrote books for children, so age doesn’t really have much to do with the content of your creation.”

Speaking of  the success mantra, Dr Jagdish believes the only way to strike a connect is to write with honesty. “I do use humour as a medium to drive the point further. People love to read about failures as no one talks about them frankly and they love quick reads that are straight to the point. I believe it’s important, and my responsibility to write stuff which is  which can add value to the lives of people who invested their time and money on my books.”

Elucidating that it is also the age when most individuals are better equipped at handling the demands of the publishing business, Meghna elucidates, “I’ve been in a very fortunate position that in today’s world where authors act like businessmen instead of artists, I haven’t had to keep tabs on my sales number and still get published by India’s top publishers. My books have taken their own journey into critical and sometimes commercial acclaim only through word-of-mouth. Therefore, I believe that content matters not numbers. That said I do know that One & A Half Wife is in its seventh reprint, which is phenomenal, given that I didn’t spend a rupee on its marketing.” To which. Durjoy concludes, “The numbers are hazy since for five years I was publishing with a small publishing house and never trusted their numbers but it’s more than 1.5 million and less than three!”