A second-year student of MSc Visual Communication, the 24-year-old is glad to be elected as the association secretary of the college union. 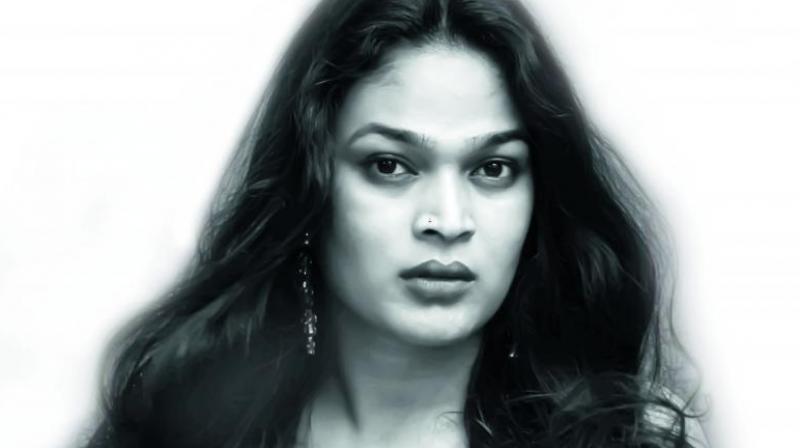 Whenever someone asks Naleena Prasheetha about inclusivity, it’s an old Tamil song that comes to her mind:

The song was penned by Vaali for the Jayalalithaa-starrer Muthuchippy in 1969, decades before Naleena was born in a middle-class household in Dindigul. It was in 2015, when she entered the Loyola College, Chennai, amidst uncomfortable stares that she heard the song. “The college principal, Dr G. Joseph Antony Samy, greeted me to the campus by singing the song,” recalls Naleena, who holds the double distinction of being the first transgender graduate of the college and the first transperson in the country to be elected to a post in a college union.

A second-year student of MSc Visual Communication, the 24-year-old is glad to be elected as the association secretary of the college union. “I am overwhelmed. At a time when colleges deny admissions to transgender persons and humiliate them, I am so happy to have proved to the world that leadership has nothing to do with gender,” she says.

All through her years as an under-graduate, Naleena attended classes without hiding her identity; her classmates and teachers were very encouraging. “In the nearly-100-year-old history of Loyola College, there hasn’t been a transgender student. I graduated among my classmates like everyone. A part of me wished that someone had made an announcement that I’m the college’s first transgender graduate. But on second thoughts, I realised that I was being part of a normalised graduation ceremony. I wasn’t given any special treatment. That too is normalisation, right?” she asks.

Since childhood, all Naleena wanted was to be like a girl – to dress up, apply makeup, wear ornaments and sport long hair. “My mother let it pass thinking that the little one was playing. But as years passed, she started noticing and asked me not to dress up like a girl, that it wasn’t funny. By teens, I realised who I really am and at 14, I came out. My parents were shell-shocked; they couldn’t accept it. Two years later, I underwent sex reassignment surgery unknown to my father. My mother knew, but she kept it hidden from everyone else. After three months, I left home,” says Naleena, who lived with transgender community members for some time.

All the while, she wanted to continue her studies. “At class 10 exams, I was the topper of my school, but when I had to embrace my identity, I dropped out of school. And then, I resumed my studies. After a four-year gap, I registered as a private candidate and wrote my class 12 examinations which I cleared with decent marks. The next step was graduation. All I wanted was a chance and Loyola College authorities gave me that.”

Ask why she chose Visual Communication, Naleena explains, “People think that a transgender person is different, but we are normal human beings. Media has an incontestable role in creating wrong notions about transgender persons. By media, I mean not just journalists, but filmmakers, advertising professionals, etc. They portray us very falsely. Just look at the films. Ninety-nine per cent of the Tamil movies show

transgender persons as caricatures with exaggerated voice modulation, sporting wigs, roaming around with gangsters. It’s not accurate. I have seen only one movie in Tamil, Kanchana, that shows a transperson who wants to study and earn a job. Rarely do movies show an employed transgender person. I want that to change. Staying behind or in front of the camera, I will be there making a difference.”

Naleena wants to create awareness among professionals about the transgender community, work towards gender equality and organise people against transphobia. “My dream is to see the day when a transperson graduating or getting elected to a college union doesn’t get registered as an exceptional fete, but as something normal. The day when all human beings, be it a man, woman or transgender person, study, work, earn and enjoy life happily. I know that it’s not easy, but I will definitely try to bring about changes.”

The decision to contest college elections was also part of a plan, she reveals. “Not everyone gets a chance to continue education because for transpersons, the first fight is for the basic food, shelter and dress. Making it big would nowhere be in their dreams. I want people to give them a chance and prove themselves. I wanted the students to change the wrong notions they had about gender identity.”

Her campaigning was on similar lines – instead of making fraudulent promises, she chose to be frank, “I told them, I won’t cheat you by offering assurances. If you have any problem or demand, I will stay by your side like a sister and help you sort it out. The students voted for me and here I am.”

Her journey has been inspiring. This year, two transgender students have joined her college. Naleena is glad to see the acceptance and changes. Winding up the conversation, she says, “Actual development happens when everyone, irrespective of gender, is able to reap the benefits together, being part of a society where all are equals.”