Brinda Somaya has been called one of the greatest architects of our age to rock the drafting table and it’s hard to disagree. 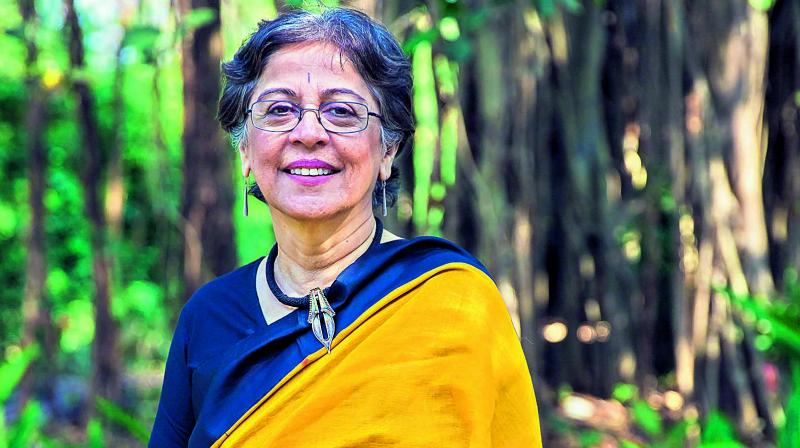 Her architectural work is widely recognised and covers extensive ground ranging from museums, educational facilities, residences, retail design, office design, public utilities, and master planning. Her ability to masterfully blend space and light in subtle forms has turned her into a central figure in the discussion of contemporary sustainable design. We spoke to Brinda Somaya regarding her design philosophy and her views on the Amravati capital complex project. Excerpts from an interview:

What’s keeping you busy these days?
Lots of things. We are doing a very big IT campus for TATA Consultancy Services, Indore. We have also been chosen as the exhibition designers for an exhibition celebrating India’s 70 years of Independence at the Chatrapati Shivaji Museum in Mumbai. It’s called ‘India and the world in 9 stories’ and will run for three months starting from November. We are also converting a big industrial factory complex in Mumbai into something that is relevant today, without destroying the original building. We are also restoring the historic Louis Kahn Buildings of the Indian Institute of Management, Ahmedabad (IIM-A). That’s what I enjoy about our work — the diversity of everything.

Let’s talk about the Amravati capital complex project. You are the Chairperson of the Board of Governors, School of Planning and Architecture, Vijayawada. What’s your role?
My role as the Chairperson of the Board of Governors of the School of Planning and Architecture, Vijayawada is clearly defined by an Act of Parliament. My goal for the SPAV is to ensure that it develops as a centre of excellence in India and one day perhaps internationally. I would also like to ensure that the campus, which is under construction, be completed as soon as possible. With regard to the new capital in Andhra Pradesh, I attended a roundtable meeting with delegates from across the country conducted by the department of Tourism and Culture, Government of Andhra Pradesh to advice on a multipurpose cultural complex in upcoming Amravati city. That’s about all.

I wish to make it absolutely clear that I had no role to play in the selection process or consulting the government on the new city. However, I do not believe that cities today should be built along the lines of the western world where you have a central core and everyone just radiates out from it. That’s a very expensive way of building as you have to create a huge amount of infrastructure for people to reach the centre. You have to create multi centres which organically then can tie up to become the city. Each center has to be self sufficient with affordable housing, educational institutes, shopping, cultural connections, etc. We have 1.2 billion people and we cannot be building cities like Rome. 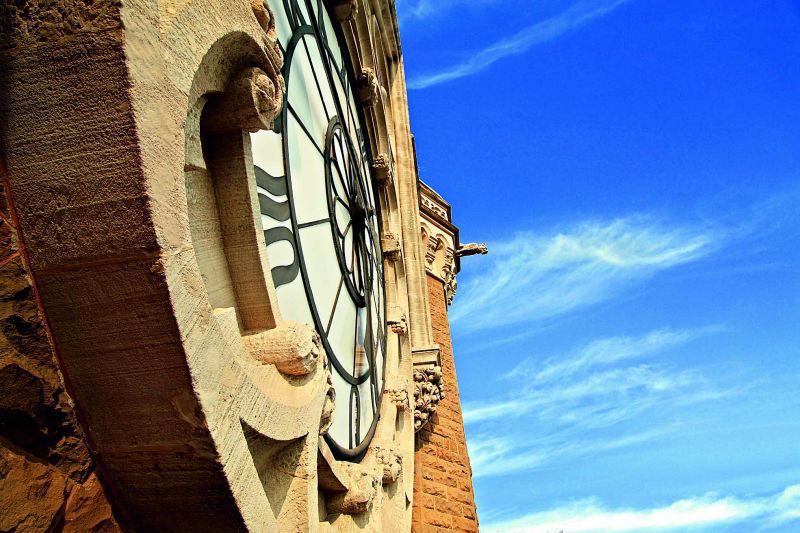 It’s a great pity if we don’t use our Indian planners and architects. We have the best in the world — young dynamic architects and experienced and wise architects. It’s got to be somebody who understands the country. You are not bringing a recipe into the country for a restaurant. You are building a city. Do you understand how the people of India work? Andhra Pradesh is different from Telangana, or Tamil Nadu or Karnataka leave alone Punjab or Uttarakhand.

Rewinding to your childhood… You wanted to be an archeologist, isn’t it?
Yes, that was when I was six. My parents who were highly educated made us believe that the world is ours and nothing is impossible. My father was an electrical engineer and my mother a zoologist. Every vacation we would go to a different part of India. We would drive through the country and not just the big cities but small places and towns too. They were very interested in history, archaeology, architecture, dance, music… I clearly remember visiting Nalanda, the ancient university in Bihar and being enchanted by it. I told my mother that I wanted to be an archeologist and for many years I did want to be one. But later on the practical side of things caught up on me and I became an architect.

You founded Somaya and Kalappa Consultants in 1978. How was the work environment those days for a woman architect?
Those days things were different. I never started out with a business plan. I just knew that I wanted to build and didn’t want anything to come in the way of that. I was ready to bide my time. When I came back after my Masters of Arts from Smith College, Unites States, I lived in Mumbai which was very progressive. I began working at an architectural firm for a princely sum of Rs 800 a month. I would be often introduced as an interior designer despite being told that I was an architect. In the initial days I would do everything — the drawings, supervising the site and even visiting the municipal office for permissions. I was never looking for a particular building that would look good in a book or a film. I just wanted to do good work. 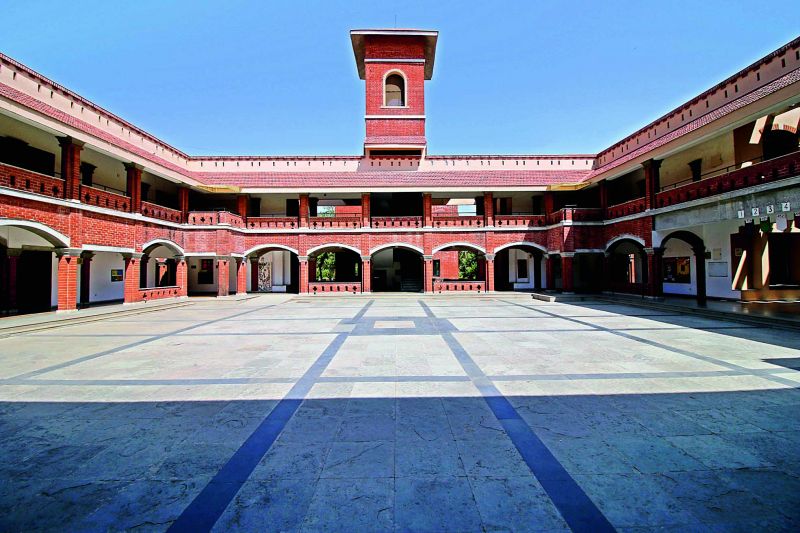 You have worked in a multitude of domains from conservation and restoration to office spaces, campuses and cost housing. Tell us something about your design philosophy?
I believe an architect’s role is that of a guardian — of the built and un-built environment. For a building to really work for the people who use it, to fulfill the vision of the client and to last, it has to encompass many aspects. A building is not just a piece of sculpture. Apart from being eco-sensitive it has to be beloved for those who use it and be inspired by it spiritually or physically.

The context to the land, its neighbours, climate is important. We have an architectural vocabulary where we use special materials, courtyards, water, pergolas, jalis and a lot of Indian context. A building I have designed can be contemporary, functional, and state-of-the-art but you still know where you are. There is a sense of place. That’s important for me.

You are also very particular about the condition of women labourers at your construction sites.
Yes, I am very strict about my sites and inspect the labour quarters very closely. Sometimes projects take up to five years. I think it all started on the day I climbed up to the roof of the Bombay Presidency Golf Club, which I was building, two days before my son was born. There were lot of women construction workers working that day and I remember the empathy that I felt with them and they felt with me.

Till today I have worked in my very own way to help women in the construction industry to not just be carrying cement but to help them become masons and improve their lot.

How was the experience working in Kutch after the 2001 earthquake?
This project has been very special to me and I have been connected with it for the last 16 years. The village was completely devastated in the earthquake and we rehabilitated the entire village and subsequently built a school, creche a women’s centre and so on.

I remember seeing a young girl lying amidst the ruins in the January cold. Then when I went there the second time she was going to the school which we had built. This time when I went she wasn’t there and I asked for her. Apparently she had gone to the next village as she is now in the senior school. The village has done remarkably well for itself. I have kept in touch with it and visit it as often as I can. It’s a living, participatory project and we can see the positive change. 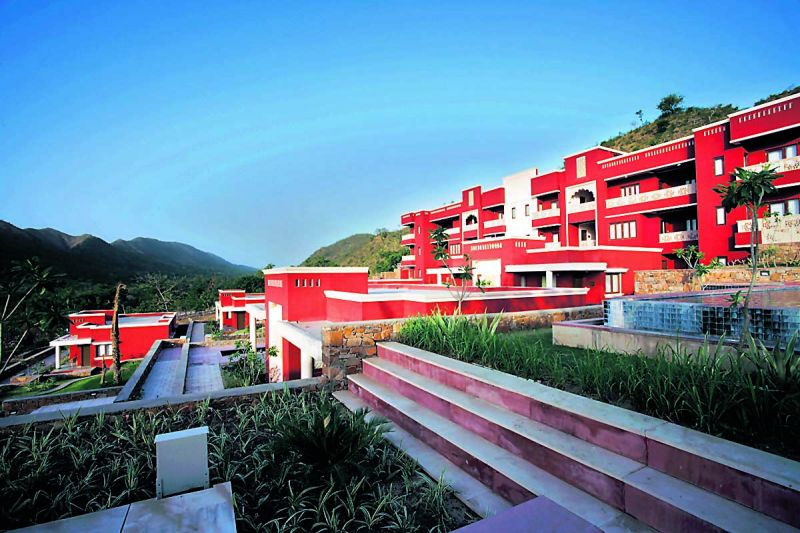 Who are the people you look up to?
Unfortunately I never had any academic mentors. Nor did I work for anyone else. After returning from the US for almost 10 years I worked alone. There were very few women in the profession. I had no golf buddies or drinking buddies. It was very lonely. There was no Internet either. A lot of my mentoring has been through books and talks about archeology, sociology, philosophy, etc. I travelled a lot and made an effort to see a lot of buildings. Someone who’s work I have always admired is Alvar Altos. His buildings are romantic to me. I like how he was able to bring humanness through his materials and yet be so progressive in his thinking and forms. I love technology. Listening to other people’s talks, presentations and masters on the computer and catching up is something I love to do.

Even after four decades what keeps you going
What I love most about my work is the challenge of a new project. After the restoration of the Rajabai Tower in Mumbai I was so excited that I ran up to the top and heard the clock chiming. I saw the entire Oval Maidan from the top. Everything looked so beautiful. You have to move ahead with the times, you can’t be warped in a time bomb. That becomes a problem. That’s what I admire in Charles Correa that he moved so effortlessly. His work was different in every decade.

What are your other passions?
I love to travel especially to West Asia and I have travelled a lot to Jordan, Syria, Lebanon, Iran, Israel more than once. I have driven through them. I also like reading and tend to read 2-3 books at a time. I enjoy Gabriel Marquez and Amitav Ghosh a lot. Spending time with friends with good food and a glass of wine and taking off to our farmhouse is something I look forward to. I have four grand children — two in Mumbai and two in New York. Spending time with them is a pleasure.

Lastly, tell us about your love for saris…
I have worn saris all my life. Even in the cold winters in the Unites States I used to wear saris. I wore salwar kameez for a little while but never western clothes. I am most comfortable in my saris. It’s the coolest thing to wear. I inherited my love for weavers from my mother. I love cotton. All of us in India have to ensure that we keep our craftsmen busy and our crafts alive. But I don’t do it for anyone else. I do it for myself.