Briana Blasko’s black and white images take us on a voyage into the world of monks, saints and priests. 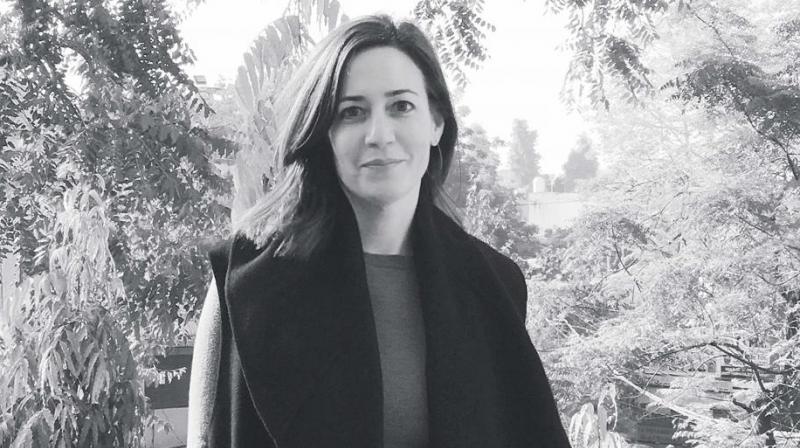 “What moves me in Briana Blasko’s quiet, unintrusive photographs — as in her soulful and beautifully lucid Preface — is her readiness to follow India into the silent places where truly its energy lives. You’ll notice how many of the people in her work wear white, quite unadorned; you’ll register how many of them are Jains, members of the gentle, peace-loving tradition often overlooked in all our clamour over Hindus and Moslems. You’ll see how everyday are the places and exchanges she’s brought back out into the world, and how these white-clad yogis can carry their sense of stillness and purity into the heart of a noisy city.”

Pico Iyer’s preface interspersed with some personal memories set the tone for Within Without, a visual delight that takes you through the Path of the Yogi. The book depicts 71 (black and white and colour) stunning  images of Buddhist, Jain, Sufi, Hindu and Christian priests.

The author, Briana Blasko spent four years traversing through the hinterlands of India and Nepal to collate images for her book. She deliberately opted for the black and white visuals. “I just felt that the all colour process wasn’t working out. Even in some of the colour images like those of the Jain monks, I have kept the colours neutral,” says the San Francisco-born portrait photographer, who has been living in India for the past nine years.

Before we get to the origins of this book, let’s retrace Briana’s life from New York where she was based for 12 years and has been photographing dance for the New York Times. Her love affair with India began in 2003. “I came to Mysore to study Ashtanga yoga, and I have been a student of the same for the past 18 years. That was the beginning of my great love for India,” she recollects. Three years later, in 2006, Briana accompanied her dear friend and dancer, Sharmila Desai back to India. We had worked on many different projects. Sharmila was exploring the concept of combining Indian dance with fabric. Once we did the research on Indian dance, we saw the connection. I was so inspired by it, I decided to write about dance and textiles, but since I had little knowledge about Indian textiles, I was introduced to Uma Prajapathy, who has a company in Auroville called Varanasi Weavers and that’s how my first book, Dance of the Weave, came about. That was the initial impetus to come to India, I didn’t realise it would take me five years to complete the book,” she confesses. Soon, she was inspired by the idea of her second book, Within Without. 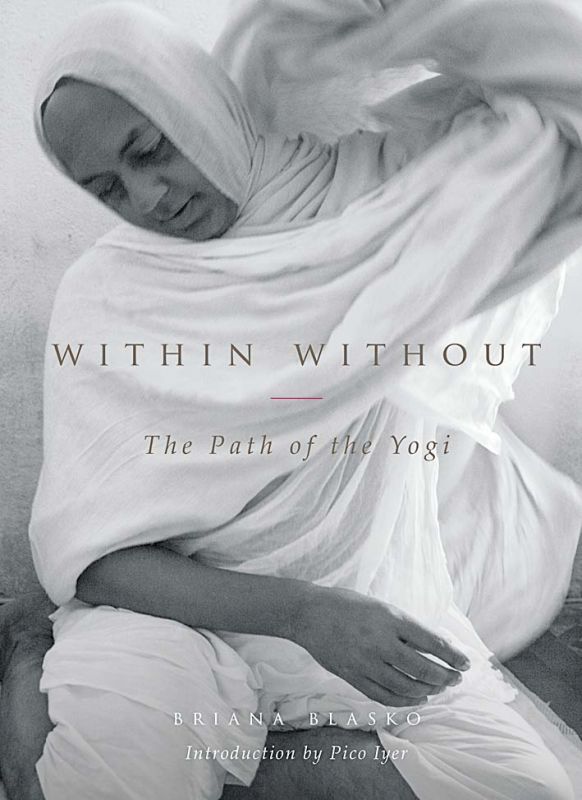 With Without: The Path Of A Yogi by Briana Blasko Rs 999, pp 136 HarperCollins.

She describes this experience as a personal journey in the book. “A journey that perhaps began as an inquiry into my mother’s life choices. My mother has chosen a life filled with silence and contemplation, pursuing Buddhist studies on her own. My parents separated when I was five, and I grew up with my father. As a child, my mother’s world was largely foreign to me. Although I loved spending time in her Buddhist community, it was very removed from life with my father who had brought me up in ways that would allow me to face the world. I kept my mother’s life distanced for a long time because her path was so unusual and as a child I didn’t see how I could comingle these worlds. My mother spent several years of my childhood hand-binding books about the Buddhist dharma that were sent to monks living in India. Although she lived in a community, she eventually left it to find her own path.”

The title is reflective of her inner thought process during her journey to compile this book. “I was searching for something different. I was also wondering if I would finish the book and my experiences with the people were so profound, sometimes I didn’t take a picture and when I stopped taking pictures, I knew the  book was complete. The title comes from, going back and forth in doing and not doing, in taking that picture and not taking that picture.”

Briana set out on this quest for finding the right images with the help of her mother’s teacher’s daughter. “She has a monastery near Varanasi and was my mentor from the inception. I met all the Buddhists through her. Jains are predominant in this book. I met them spontaneously in Kolkata. I heard that the Jain monks were staying there in the monsoons. It happened very organically, I got along well, and they invited me to come back. For two years, I met them in different locations. I’m still in touch though it’s not easy, as they have no cellphones,” she recounts.

Now that the book is over, Briana plans to take some time out to herself. She has dedicated this book to her mother as she lost her father last year. “My dad passed away last year so I decided to dedicate this book to my mother. Parents really shape our lives,” she says. And we couldn’t agree more with her.