Chilean illustrator Oscar Ramos talks about his love for caricature and his fascination with faces. 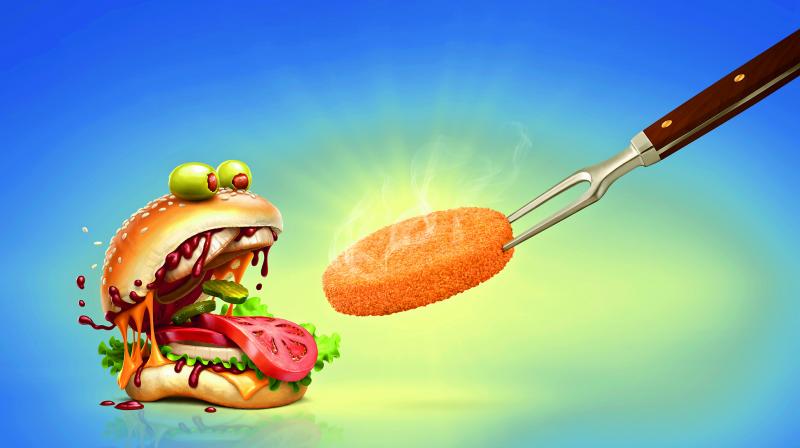 The Chilean artist accentuates his characters with distinct emotions — an essential part of all his creations is the variety of emotions the faces display.

Young Oscar Ramos enjoyed drawing like any other child his age, it was only once he grew up to discover the joy of   reading comics that he realised he loves illustrations. Those colourful comic covers, fantastic stories and caricatures fascinated his budding mind. Later, when he found that he could replicate these caricatures beautifully, the results surprised him and it was then that the path to making a career in illustrations was paved. Now 45 years of age, Oscar is a digital illustrator based out of Santiago, Chile. 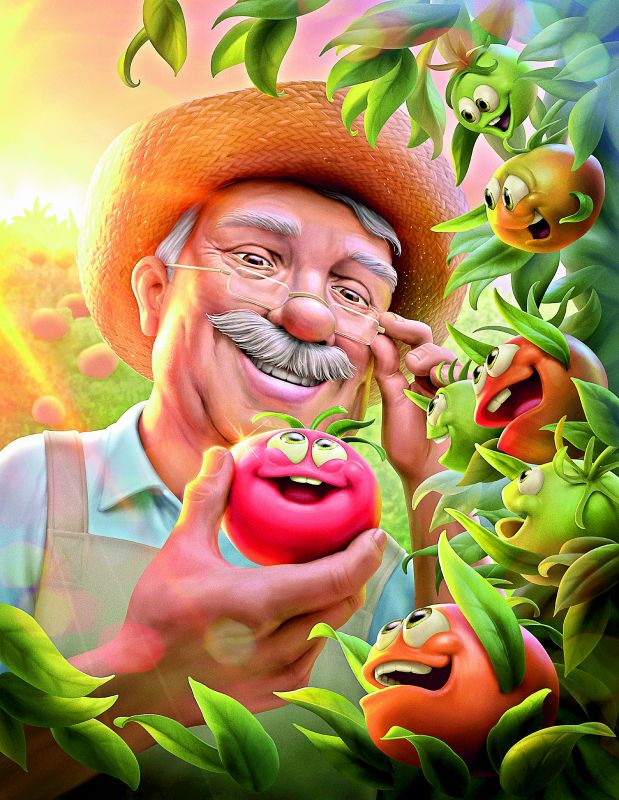 The Chilean artist accentuates his characters with distinct emotions — an essential part of all his creations is the variety of emotions the faces display. “I have a fascination with the faces, which in itself is the world. I invest a lot of time to get the perfect emotions and keep modelling the forms for a long time till I get the desired depth,” Oscar shares. 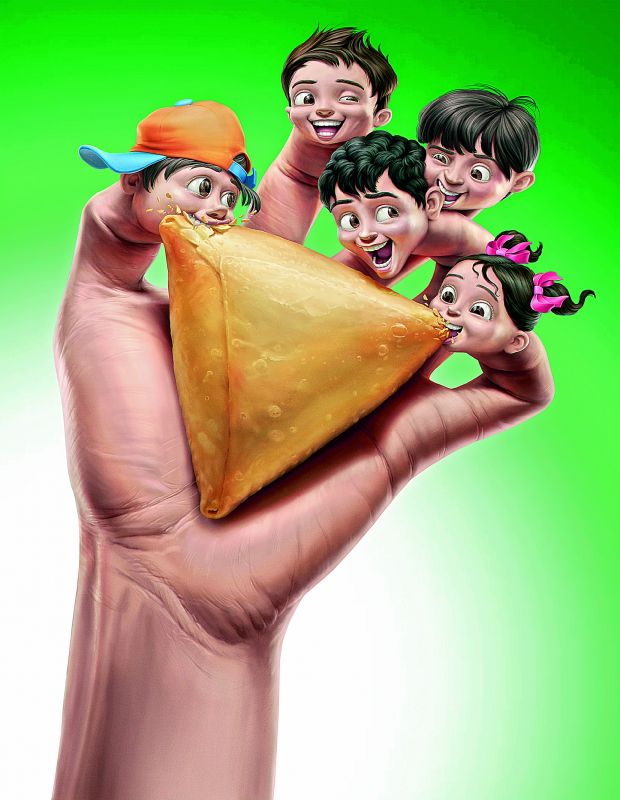 He started his design journey with a prominent airbrush artist with whom he worked as an editorial designer before animating objects for the web, “I also had my animation production house where I made animated series, music videos, short films and animated commercials. Finally, I decided to devote myself completely to illustrations as they attracted me the most. I love to paint and shut myself up to paint what I liked the most.” 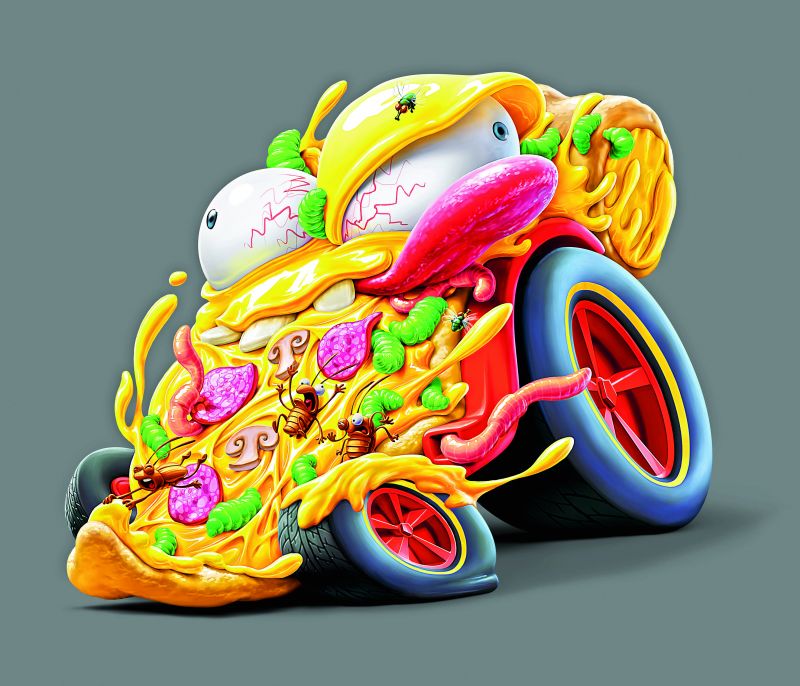 Through animation, he learned a lot about the way people emote when they experience an emotion and that in turn has influenced his work quite a bit, “I’ve always wanted to make an impact with images. Perhaps, the fact that I started my career in the field of advertising has influenced my style of illustrations to an extent. I had the chance to work on numerous fun series that were characterised by exaggerated expressions and it was there that I developed a taste for taking the expressions to the extreme,” he says. 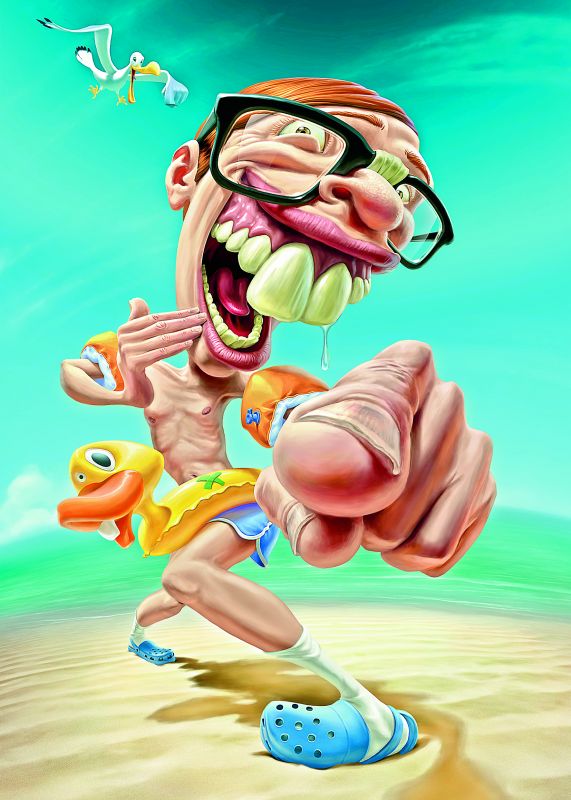 Oscar uses drawing as a way to organise his thoughts, “I think you can always stimulate the creation of an idea from any pretext, and my way of working is simple — get to work and build ideas around a given initial concept. I believe in work that creates inspiration, not the other way round.” 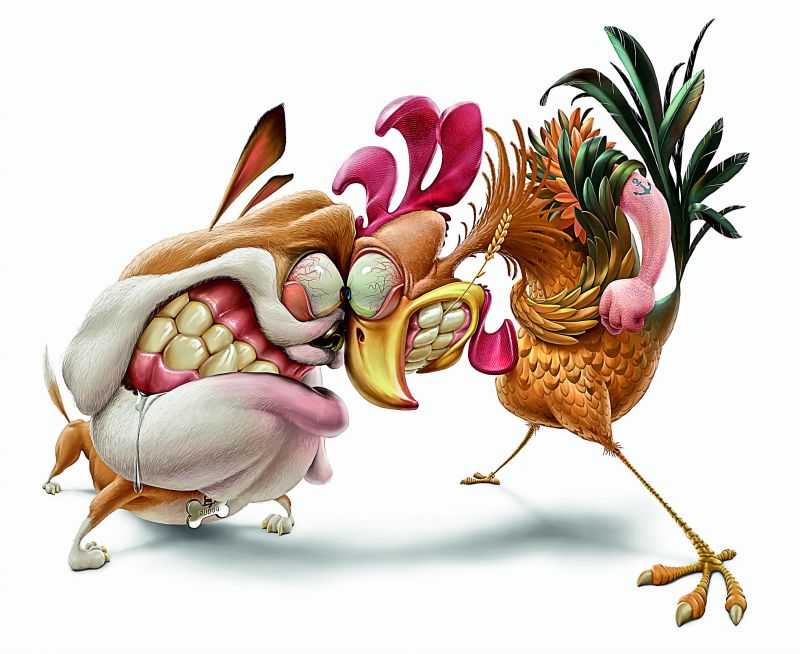 While he has always aimed at creating pieces with an elaborate style of painting, he loves the process of methodical painting, “The problem is the lack of time. I always have to deal with deadlines and with many simultaneous tasks. Now, this can be good at the same time, since the lack of time forces you to question the process and seek solutions, and also, the speed forces you to be more loose and expressive. I believe that any creative limitation, if taken with flexibility, can become an opportunity to make equally powerful illustrations, and sometimes, more powerful than what you would do in your ‘comfort zone’.” 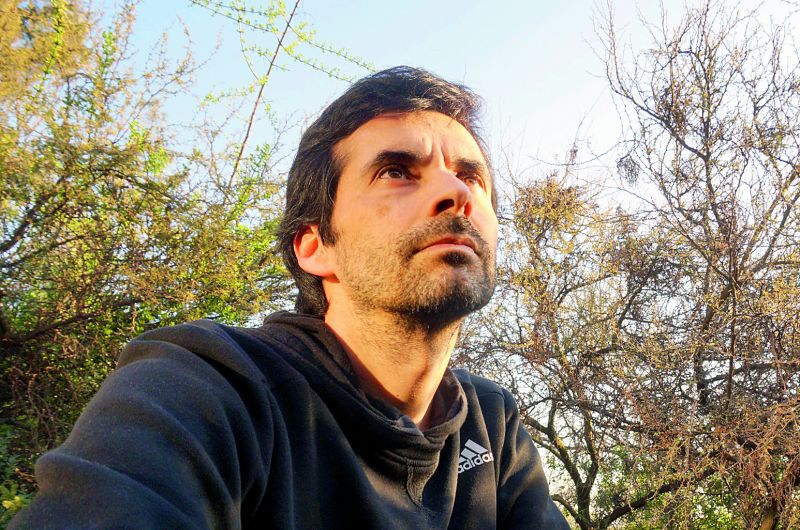 His main tool today is Photoshop, “Although I also sporadically use other programs. I’m not a fan of a particular medium, I think you have to diversify and experiment. I use Photoshop mainly for speed of production, but I love drawing on paper, I also try to give myself time to paint with acrylics or gouache, and my dream now is to throw my computers in the trash and live surrounded by brushes, pigments and canvases,” says the artist.