Age on Sunday   12 Aug 2018  Be your own best friend, says Aishwarya Rai Bachchan
Age on Sunday

Be your own best friend, says Aishwarya Rai Bachchan

The actress opens up about body shaming, Sanjay Leela Bhansali and why growing old doesn’t scare her. 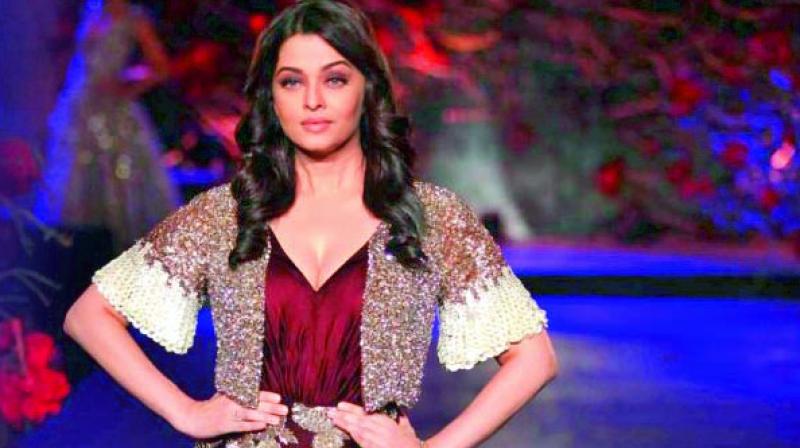 Miss world—diva—actress—housemaker an all-rounder Aishwarya Rai Bachchan has indeed come a long way in the showbiz. The actress who chooses to offer a mixed bag of films for her fans was last seen in Fanney Khan that got mixed reviews from the audience. In a candid conversation, the actor reveals about her association with Sanjay Leela Bhansali, playing a mother on screen, choosing regional cinema and much more...

You’ve always chosen a diverse variety of scripts. Has that been a conscious move?
No, it’s not by design. This is clearly who I have always been, right from the time I did Iruvar. Honestly, I am spontaneous with my choices; I respond to certain subjects. And I must thank the directors and writers who give me the opportunity to liberate myself from expectations and present my audiences with a mixed bag of work.

Your association with Sanjay Bhansali has been rather impressive. Can you tell us more about your work with him?
People have been generous and embraced the combination of Sanjay and me with such strength. I did Guzaarish, a film about euthanasia, knowing that it was not focussed on my character, because I knew that we would be magical together. We put out a piece of work that was different than what the audience was accustomed to seeing.

You’ve done south Indian films and you’ve played a mother on screen. Are you not worried about the audiences’ perception?
People believe that when actors do regional films, it means they’re not getting work in Hindi cinema, but that’s not my story. I am willing to do small roles in meaningful films if I get to play strong characters; we are all character artists at the end of the day. I played a mother in Iruvar, and I don’t want to prove a point about looking good on screen.

Your latest film Fanney Khan touches on the topic of body shaming. As a celebrity is that something you’ve dealt with?
It’s not something that’s just happening now; body shaming has always been around. It’s important to address it now because the world has become a smaller place and every voice can be heard by millions. Throughout my life, I have said that you should let your action speak louder than words. The important thing is to be your own best friend, be brutally honest with yourself, and be comfortable in your own skin. Don’t make any choices based on what is perceived as validation from other people.

At 44, you still look flawless. Does aging scare you at all?
I never made a huge fuss about my 25th birthday. I remember, when I turned 30, my friends tried to make me realise it. But I didn’t even have the time to think about it, because I was busy working. Life is just flying by; after 30 came 35, then 40. Now, in every interview, my age is mentioned, and I don’t have a problem with it. Because my choices are not defined by my age. I have a wonderful array of directors to work with, and I don’t belong to any camp. I have always been this independent individual, and my approach to work has nothing to do with my age.

How do you keep yourself stress-free?
I am just as human as everybody else, encountering challenges every day, because that’s the way life is. It throws curveballs at you. You just need to choose the approach that works best for you to deal with it. For me, brushing things under the carpet has never been an option, and even 30 hours in a day wouldn’t be enough. To be able to handle things, you need to have a positive approach and believe that everything’s doable.

When will we see you and Abhishek working together again?
We have been receiving offers, and the script of Gulab Jamun has us excited. We’ve liked the idea from the minute it was narrated to us a year ago. Now let’s see how things work out.