From the same family as onions, leeks are gaining popularity for their sophisticated taste and flavour. 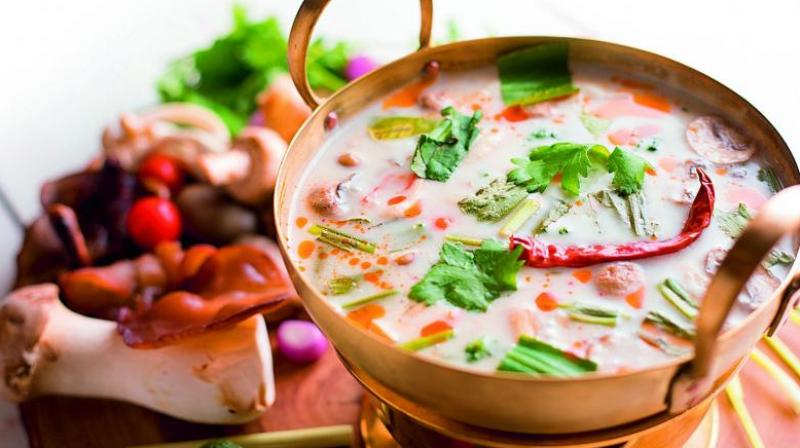 My passion for food and its provenance has led me down many paths across the world. This month’s column pays ode to the bounty of fresh vegetables and fruits from the Emerald Isle of Northern Ireland. Known for its inspirational gardens that are attached to stately homes or existing in their individual capacity, these stunning parks and gardens such as Rowallane Gardens, Mount Stewart and Hillsborough Castle are national treasures carved from the County Down landscape.

Here, spread over hundreds and thousands of acres, we find a kaleidoscope of coloured vegetables from artichokes to plum tomatoes, asparagus to assorted award-winning produce that promotes the cause of sustainability and tastes great too. I particularly love the leeks we sample at many of these estate properties. They are a common sight in many gardens and my host at Grey Abbey House and Gardens, Daphne Montgomery escorts me through her vegetable garden explaining the varieties of leeks that grow in the light, stony soil that exists in this region.

Back in India, I'm pleasantly surprised to discover that this green goddess is no longer only stocked in gourmet stores and on the menus of Five-star restaurants but spotted regularly at local markets as well as at competent prices. In India, leeks were always considered an exotic vegetable, as their availability was limited and therefore, overlooked in recipes. However, the best part is that cooking with leeks is not only easy (as they are similar to onions, although with a milder, subtle taste) but these veggies are extremely versatile.  They can be chopped and combined with carrot, celery and onion, as the base for soups or stews. Their mild, sweet flavour also works in tandem with butter and cream in sauces, soufflés and gratins. To truly understand how to exploit their flavour read on.

ALL ABOUT LEEKS
Hailing from the same family as onions and garlic (allium veggies) but milder in taste, leeks were reportedly the favourite vegetable of Emperor Nero. “When using leeks it's best to work with the white base of the leaves (above the roots and stem base), this is the part used in cooking, not the light green parts, and to a lesser extent the dark green parts of the leaves” suggest Chef Niall Mckenna of James Street South Restaurant, Belfast. He suggests we sauté the leek in butter after it is chopped to soften it for use in soups and main dishes and to remember to let it sit for five minutes before cooking.

When shopping for leeks, select those that are upright and hard or firm with dark green leaves and white necks. If the leek is yellowed or wilted, do not buy it. Neither should it have bulbs that have cracks or bruises. Smaller leeks are easier to cook and handle.

Stay clear from large leeks as they are generally more fibrous in texture, try to purchase leeks that are of similar size so as to ensure more consistent cooking if you are planning on cooking the leeks whole. Store in the fridge in the crisper drawer and keep covered if chopped to prevent dryness.

The cardinal rule with fresh leeks is to always wash them before using as the leaves could be embedded with soil.

Once cleaned, cut off the end of the leeks (the roots).  Then, neatly trim the dark green leaves on top, which are generally discarded but can be used to add flavour to stock or broths, if necessary.  (The dark green parts can be frozen and saved for later too.) Now the pale white and light green parts will be edible.  Slowly make a vertical slice down the middle of the remaining white/light-yellow green stalk, slicing it in two.  Then place the flat side of each half down on the chopping board, and slice or julienne the leek into thin strips. Wash them again and break them up with your fingers so that any tiny, hidden pieces of dirt get dislodged.  Rinse and drain the leeks and use immediately, or transfer to a sealed container and refrigerate for up to 3 days.

COOKING WITH LEEKS
Don't be afraid or puzzled with these gangly greens; here's what to do with a bunch of leeks

Eat them raw: If you like strong flavours from the onion family then munch on them au natural. Better still, slice very finely and use as a garnish on soups, salads, roasted veggies, meats, fishes, or other dishes.  Or you can also mix them into green salads, dips, or salad dressings for a crunch and additional texture.

Sauté them: This is the most popular way of cooking leeks— slice and sauté as if they were onions.  Also, if you sauté them for long enough, leeks will caramelize, just like onions.

Roast them: For maximum flavour try roasting leeks whole, halved or sliced —easy and ready in a few minutes.

HEALTH BENEFITS OF LEEKS
Those deficient in Vitamin K should add leeks to their diet as they are high in this vitamin. They are a very good source of manganese, vitamin B6, copper, iron, folate and vitamin C. Leeks are also a primary source of vitamin A (in the form of carotenoids, dietary fibre, magnesium, vitamin E, calcium and omega-3 fatty acids.

METHOD:
Place the oil in a large pan over a medium heat and add the onion, garlic and leek and sauté for 2-5 minutes
or until softened.

Add in the curry paste, stir well for a further 2-3 minutes or until the mix starts to dry out a little.

Add the water, bouillon, coconut milk and half the brown sugar, stir well and bring to the boil. Reduce to a simmer and cook for a further 5–10 minutes.

Add the cabbage, stir well and simmer until the cabbage is cooked.
Add the zest and juice of the lime, coriander and chilli.

Adjust the seasoning, adding more of the sugar if needed as well as the
salt and pepper.

Garnish the top with a little chopped fresh coriander and a few slices of chilli. 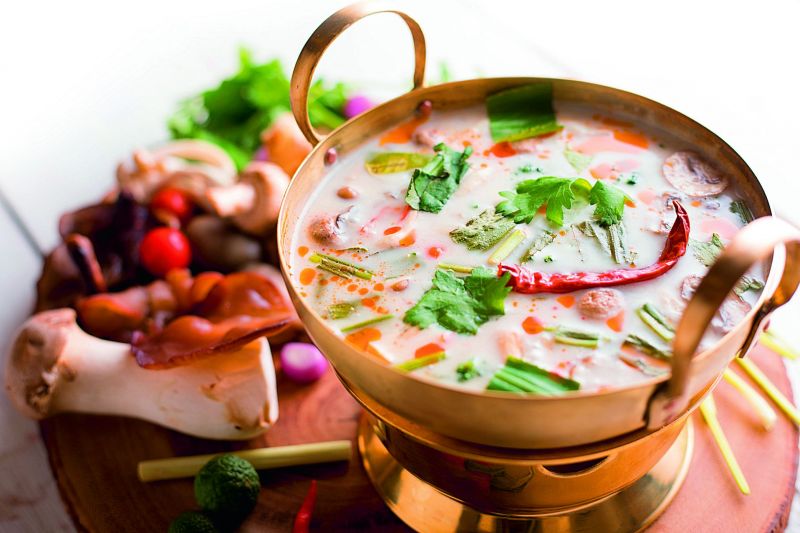 Cook until the shells are open. Remove from the pan reserving the juice. Place the juice from the shellfish into a pan and reduce. Once reduced by half, add cream and vegetables and bring to a boil. Add the crabmeat and prawns. Heat and serve. 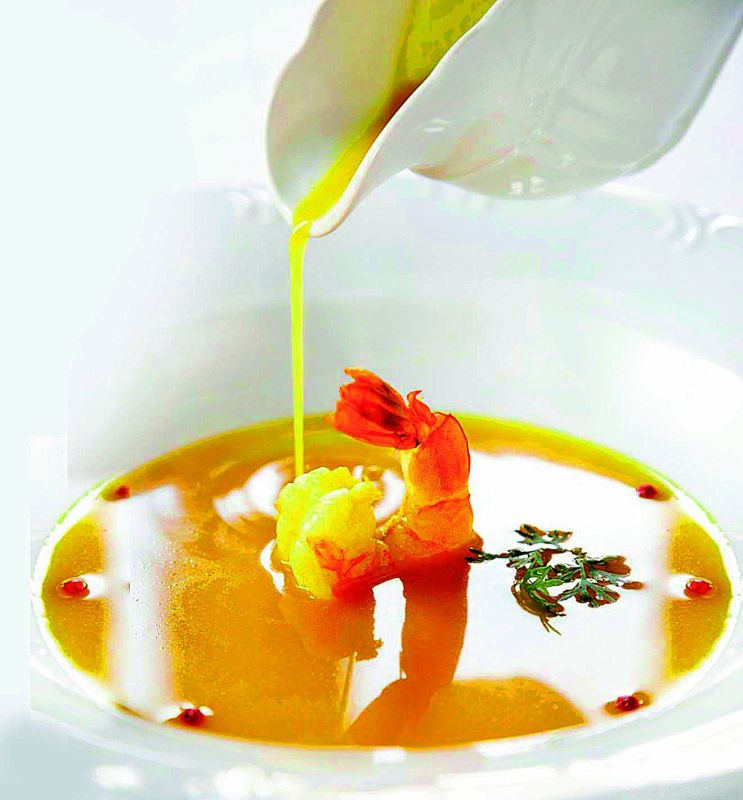 Boxty With A Twist

METHOD:
Grate the raw potato over a cheese cloth, wring out the grated potato over a bowl, catching the liquid. This will separate into a clear liquid with the starch at the bottom. Discard the liquid. Sauté the diced leek in butter.
Scrape out the starch with a spatula and mix with the grated and mashed potatoes. Sift together the flour, baking powder and salt, mix into the potatoes with the melted butter, adding a little milk if required for a pliable dough.  Add the cooked leek.
Turn out the dough on a lightly floured surface and knead gently. Divide the dough into 4 parts and form round flat cakes about ½ inch thick. Heat a large skillet or griddle until hot. Dusts the pan with flour then place the dough on the pan and cook for 3 to 5 minutes on medium heat.
Turn over and repeat on the other side. Let cool on a rack and store in an airtight container. A tasty and light risotto  — high on flavour thanks to the addition of leeks and onions 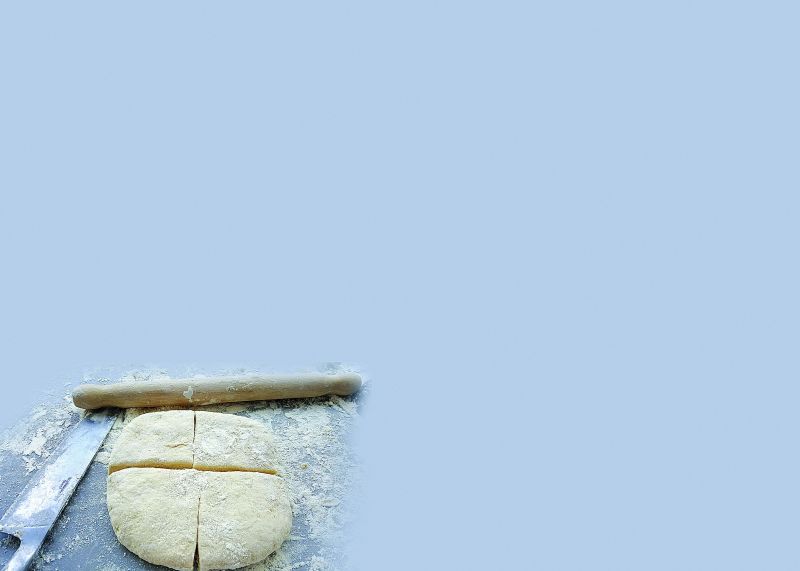