A brush with life

Art curator Prshant Lahoti looks at the works of Thota Vaikuntam whose canvases are soaked in the rusticity of Telangana. 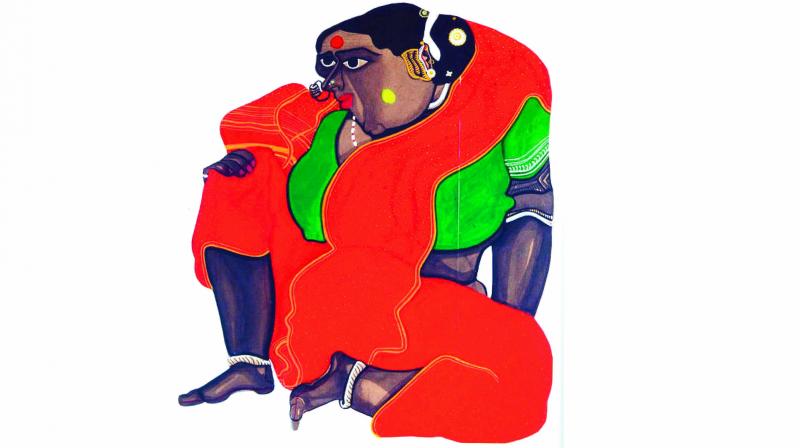 Viewing art as a means of raising issues confronting the contemporary society, this book gives glimpses of how Thota Vaikuntam’s canvases all these years were soaked in the rusticity of Telangana. 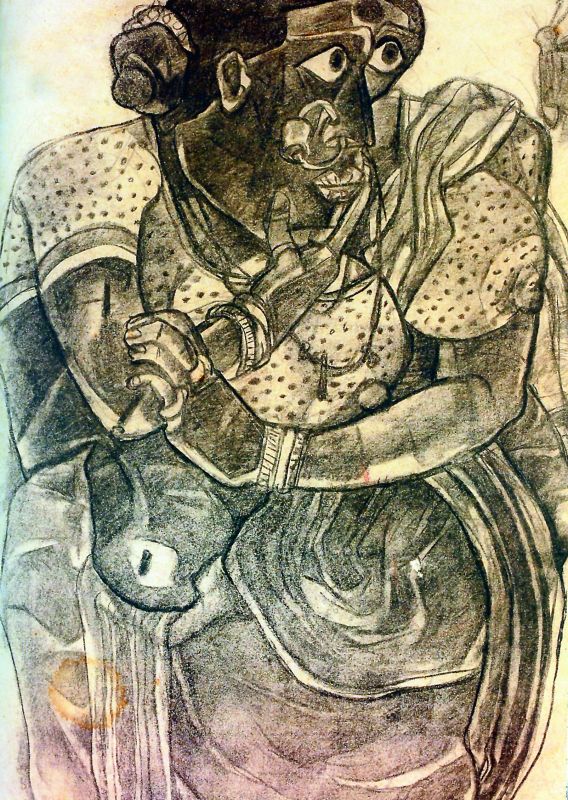 Retrospectives help people understand the way an artist has progressed over the years. Bhaavanaatharangam has been able to go behind the scenes to discover some intriguing treasures that are considered too precious to display. A Retrospective: Thota Vaikuntam is a fabulously produced and engagingly compiled book. 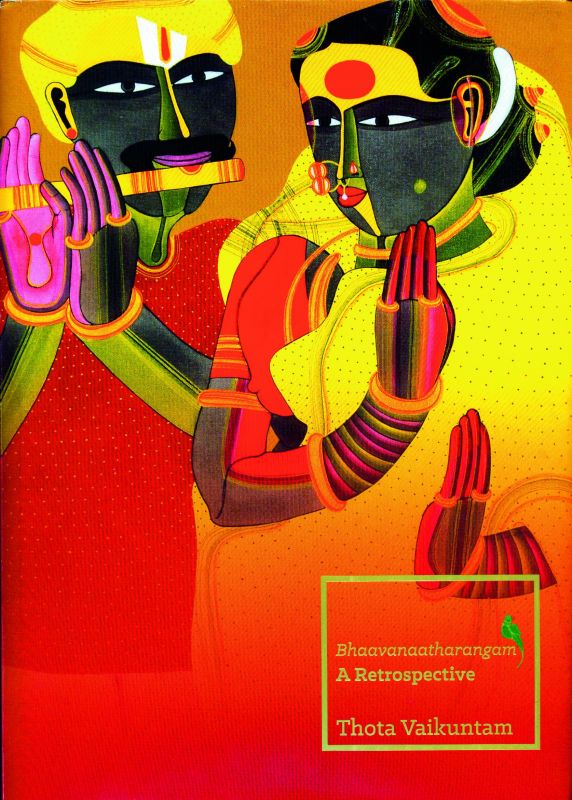 Viewing art as a means of raising issues confronting the contemporary society, this book gives glimpses of how Thota Vaikuntam’s canvases all these years were soaked in the rusticity of Telangana. An introduction by Anand Gadappa summarises his work over the years and the ethos behind his work and life. 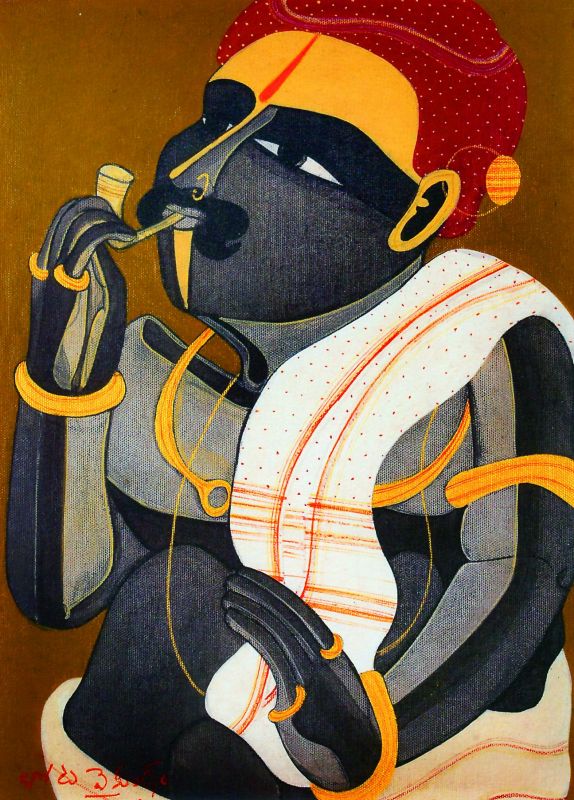 Where the world has moved from the figures to abstraction, Thota was and still is courting the rustic Telangana women, wearing intricately patterned saris with forehead, nose and chin smeared with turmeric and a big round bindi, which reflects in his day-to-day sketches and charcoal drawings. His canvases portray a simple life — men carrying toddy pots on their shoulders, women engaged in temple rituals, or standing alongside flute-bearing men, almost like Radha and Krishna.

While making use of polka dots, Vaikuntam employs the complex wash painting method to decorate his women in vivid hues. The book captures remarkable conversation, cutting through swords of history between Vaikuntam and Surya Prakash, a friend from the years of struggle, Venkatesh Thota, Sowbhagya and Raj Manohar, his children, and giving a whole new dimension to his journey. 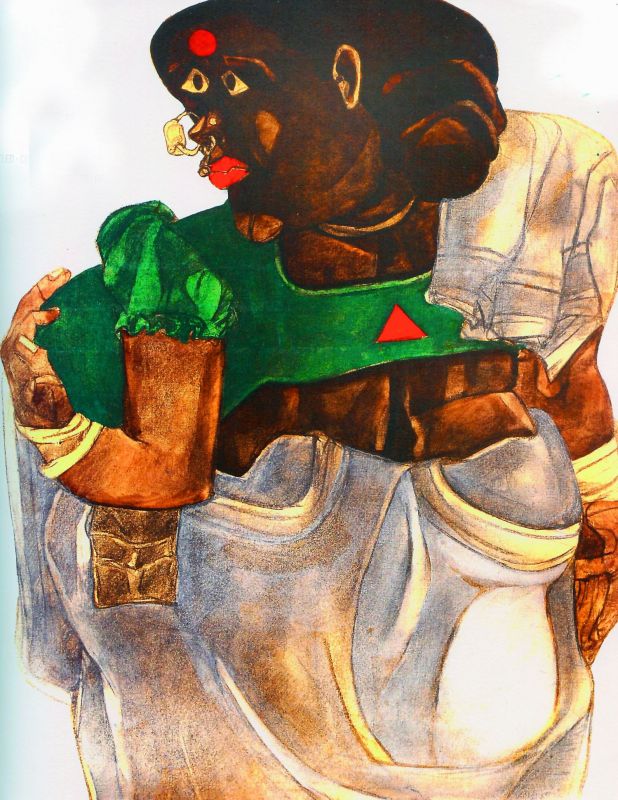 Reflecting an angle to understand the man behind his art has been achieved through the discussion with his children. Re-living and discussing the old memorable college dates, over a cup of tea, munching and gossiping about art at Irani café, and desire to get at the essence of things. In private, about his early drawings, I relive the 50-odd works which I have in my collection and always regarded as a treasure because of the power in the works. A must-have book for all art lovers, in particular his followers. 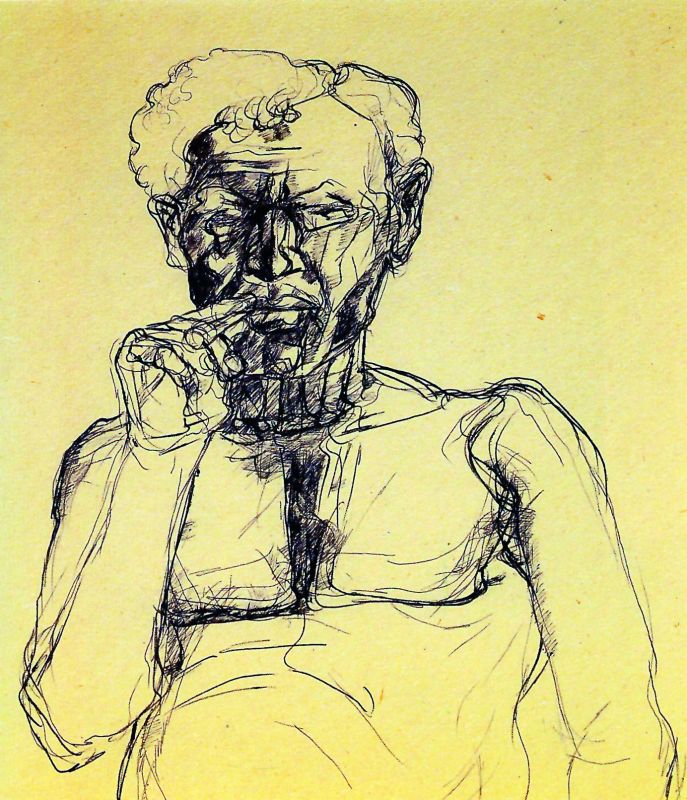 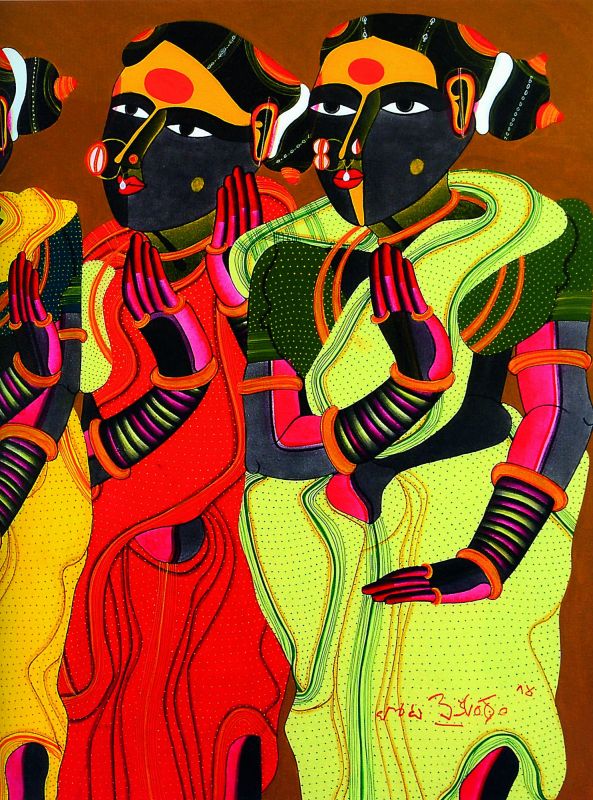 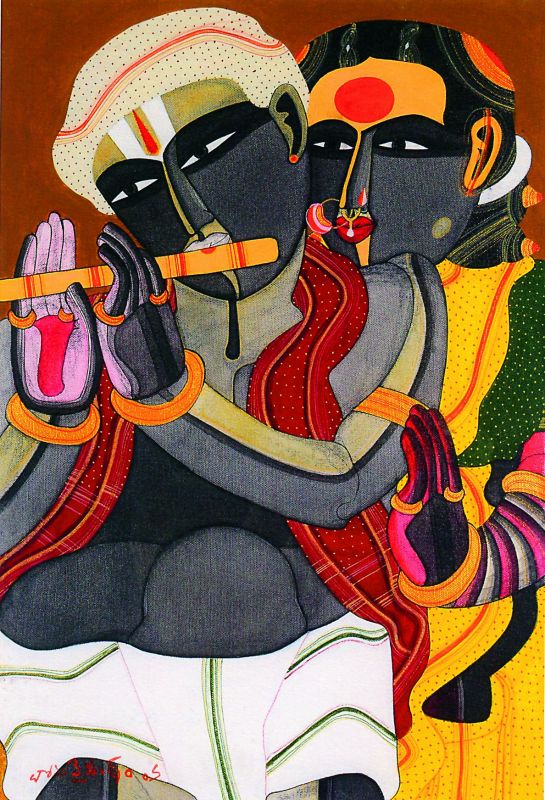