The actress chats about taking on Bollywood as a married artiste, Dutt biopic, direction and more. 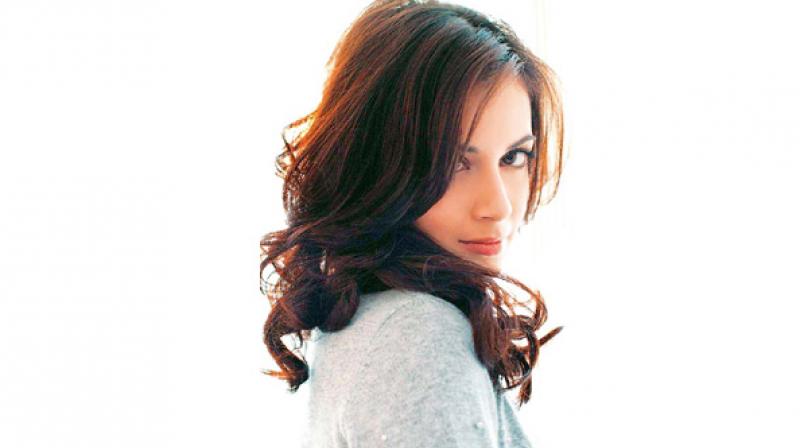 Dia Mirza is beautiful, witty and one of the most soft-spoken actresses you will find in showbiz. While one may think that she’s taking it a little slow on the professional front, she’s managed to bag one of the most awaited projects of the year — the Sanjay Dutt biopic. All set to play the role of Sanju’s wife Manayata onscreen, Dia says, “I am ecstatic about being part of the film. The writing is so gripping, and I really enjoyed working on it. I think the challenge is to sync in with the story idea the director has.” Was it difficult to portray Manayata Dutt on the silver screen for Dia? “As an actor, my job is to do justice to every character I play,” she explains. “There are characters which are not similar from your real character. But I think there’s a core essence that you try to connect with when you start building that character.”

It’s a well-known fact that Dia is close to superstar Salman Khan. And with biopics being the flavour of the season, we quiz the actress if she’d like to see a film on Sallu’s life. “Oh God!” she exclaims. “That will not be one film, that will be a few 100! I keep saying that about Sanju sir as well. It’s nothing short of a miracle that Hirani (Rajkumar, director) has managed to write one story about him. I think you can write several, because these men have such layered lives. They have lived many lifetimes within one, and every aspect is fascinating.” The actress, who kickstarted her career in Bollywood with Rehna Hai Tere Dil Mein in 2001, however, is unhappy about the stereotyping married actresses face. “I would say I’m not too excited about the films coming my way,” she asserts.

“The roles are interesting, but I feel we have a stereotypical attitude towards married women. We have to put our foot down and say ‘No. This is not good enough. I want to do more, and I can do more.’ So, I’m going through that right now; I’m dealing with it.” She sighs, “If you look around, there’s a certain age group that classifies certain amount of glamour within filmmaking, or the requirement for the leading job is set by parameters of age. A lot of actors have not challenged it; they’ve come to terms with it.”

The actress breaks into peals of laughter as she recalls Salman once saying that Dia could play his onscreen mom in the future. “I remember my early years, where I was working with Salman on a film. He jokingly said ‘One day you’ll be playing my mother in a film’. And it’s pathetic, right? It doesn’t happen in any other industry. It only happens here, and it’s ridiculous. The irony of the joke is that it’s true. The only way we can change this is by saying no to work that’s inadequate, or work that does not justify yours as an actress.”

By extension, women being short-changed in the movie industry is a problem for those who wish to get behind the camera too. “We do have many women who are now dwelling into production, but sadly many still feel production is a man’s work,” she exhales. “Individuals will challenge the status quo. While the industry has been male-dominated, it’s upon the women of the industry to rise above the mediocrity of mindset.” Dia hopes to venture into direction some day. “I would love to. I’m married to the idea that cinema can have an impact, change and move people. So I would love to direct someday. I have been toying with an idea for a while, and hopefully, when I’m confident enough with the subject, I will direct,” she concludes.