Soolagna Majumdar’s illustrations of Marge Simpson with an anime and manga twist has taken the internet by storm with its powerful depiction. 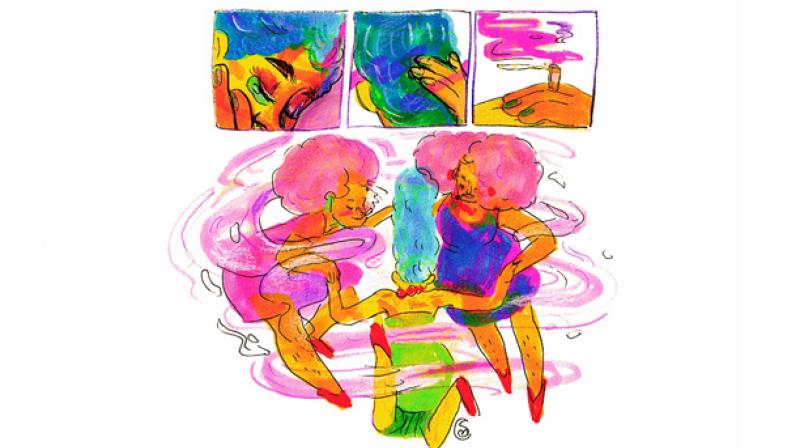 A caricature version of Soolagna Majumdar

Soolagna Majumdar calls herself an accidental artist and believes that she ended up being an illustrator just because she was bad at everything else. Her work, however, speaks volumes of her talent. The 27-year-old Indian, based in Perth, Australia, has become an Internet phenomenon with her Marge Simpson anime. Soolagna has created a zine of manga-influenced illustrations called Marge Simpson Anime that depicts the revolutionary awakening of Marge Simpson, the docile housewife from the popular show The Simpsons. 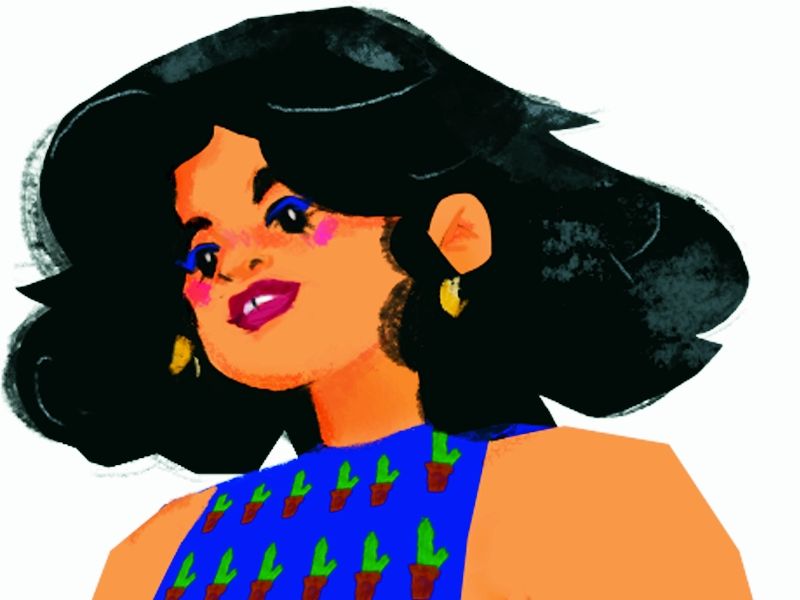 The idea was to establish an alternate narrative to the story. “I’ve grown up watching The Simpsons. I wasn’t trying to speak on liberation, to be honest. I just saw this ongoing narrative that didn’t feel just and I decided to create an alternative reality that felt just, according to my own perspective,” Soolagna  shares. The response she received wasn’t expected though, she admits. “I’d like to think the appeal comes from this desire to see alternative/idealised readings of the media they’ve consumed. I grew up reading a lot of manga and some anime, and it wouldn’t be surprising if elements of what I’ve consumed have seeped through in my work. I really enjoyed the storytelling aspect of my most recent project again and would like to explore it in a longer form. A bigger comic maybe,” she muses. 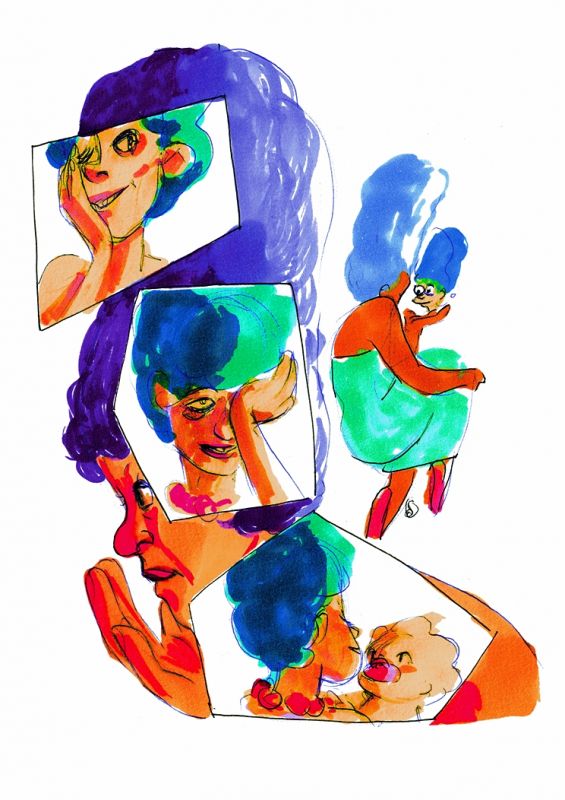 Soolagna has been a professional illustrator since 2012, but she hadn’t envisioned this as a career choice for herself. What started as weekend art classes as a kid, soon paved the way for her artistic career. “The passion grew when I studied it back at university and I never looked back. My parents would take me to art classes on the weekends. I floundered around at university for a bit, then settled into a design degree and never looked back. I don’t even think it was an intentional passion — communicating or expressing with pictures has always come naturally to me,” she shares. 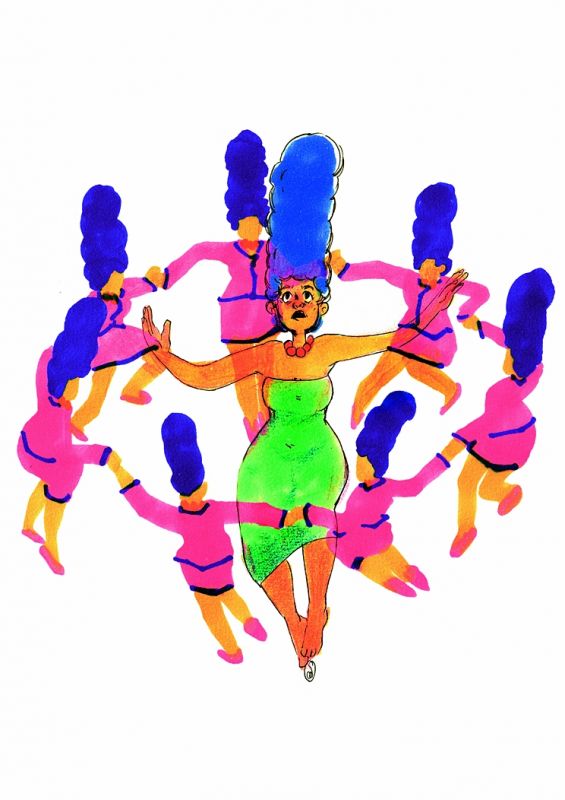 She considers the Marge Simpson anime project to be one of the most satisfying projects of her life. “I learned so much from it. There was already this slowly growing bubble of meaningful critiques made about this character’s life and what she represented. It felt so sad and I guess it compelled me to create this alternative imagining of what a happy life would look like to this character,” Soolagna reveals. 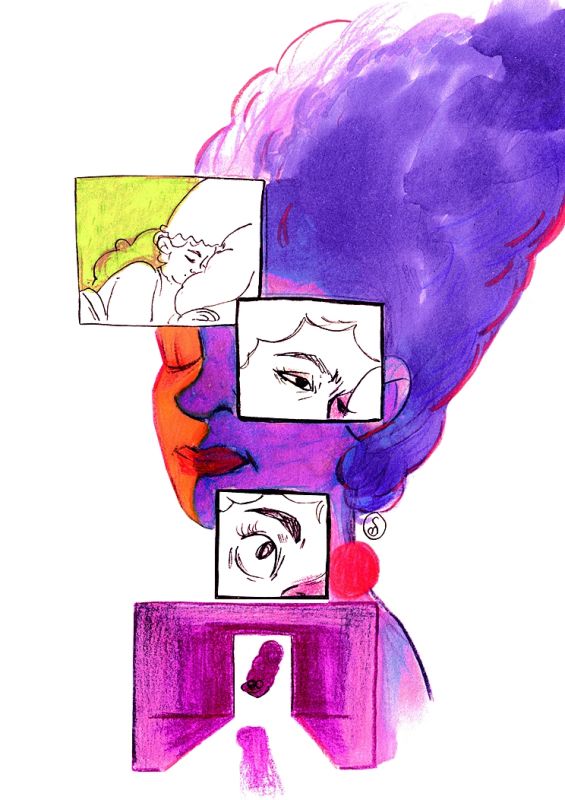 The entire project took a little less than a month and the average piece (including process work) would take three to four hours she explains, “I used a combination of Copic markers (a type of alcohol marker), watercolours, fine liners and oil/wax based art pencils. I don’t really have an established design philosophy. I tend to rely on emotional processes to influence creative decisions — thinking and drawing are present at every stage.” 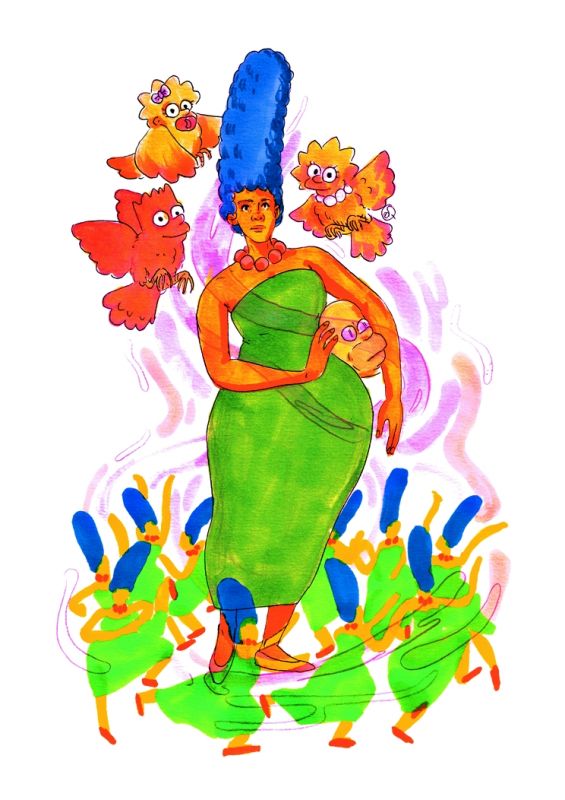 Soolagna still finds herself going back to the works of Satyajit Ray to inspire her design philosophy, “The graphic design work of Satyajit Ray is really impressive; I still go back to his concept sketches and there’s always something to learn. Also, Eiko Ishioka, I would highly recommend looking at her ad campaigns for Shiseido cosmetics. It’s tough finding the one piece that did it for me but they all have such unique ways of executing their concepts,” she shares. 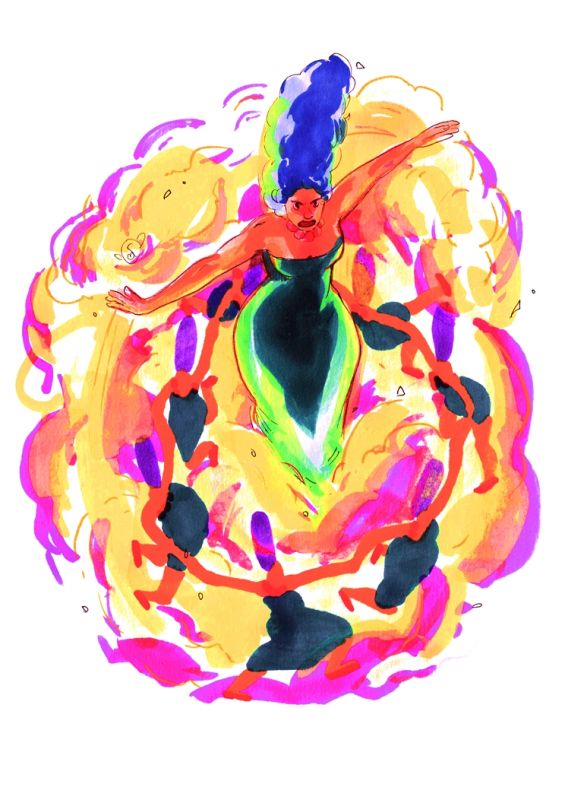 As for creative impediments, going back to drawing board always helps. “I’ve had to learn the hard way that speeding things up makes you go slower, unfortunately. By going back to the drawing board and revising drawing fundamentals, one can really clear up the perspective. It all takes time but it’s worth it,” she concludes.