The historical capital city of Slovakia, Bratislava, is best explored on foot. 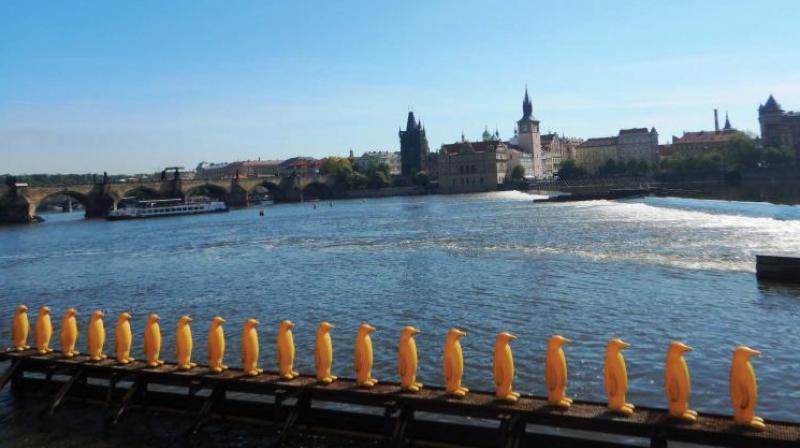 Look! You can see Austria on the other side of the river,” our tour guide exclaimed. We followed the guide’s prompt, and it was a scene that will remain with me for a long time. The Danube river at Bratislava flowed smooth and silent.
We had just arrived from Budapest, and the drive had taken only two hours. Bratislava is one capital city that’s frighteningly close to its neighbours. Vienna is just an hour’s drive away, Prague is at a three-hour distance, and the Hungarian border is barely eight kilometres. You could hop, skip and jump and land in a different country.

Slovakia is one of Europe’s less talked about countries. Once a part of Czechoslovakia, it underwent a peaceful ‘Velvet Divorce’ in 1993. This landlocked nation is inhabited by the descendants of Slavs who came to the region in the 5th century. Humans have been here since pre-historic times. And before homo sapiens, the Neanderthals were here too. A Neanderthal skull was discovered recently in northern Slovakia. The Slovak National Museum houses the ‘Venus of Moravany’ figurine made of mammoth tusk ivory which dates back to 22,800 B.C.

Bratislava, the capital city, is stuck in a time warp. You need to put on your walking shoes because cars are forbidden in the Old Town area. Scottish pubs, Irish pubs and pubs of every other country line the cobbled boulevards. Street music and street art delight you at every corner. This is truly a place to live it up and forget your inhibitions. “All you need is love and good coffee,” a banner proclaimed. It belonged to a roadside coffee vendor. The people here are peace-loving, cultured and respectful of visitors. 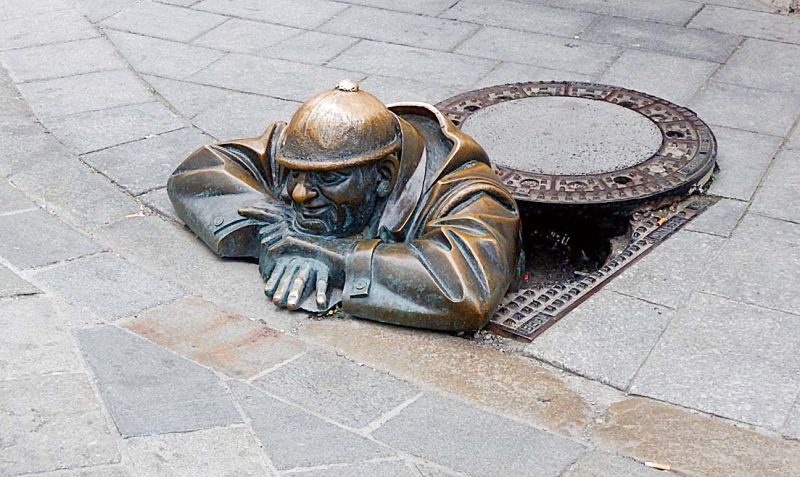 Street music and street art delight you at every corner in this city.

Grassalkovich Palace is where the President stays. The UFO restaurant straddling the Danube and presenting a spectacular all-round view of the city adds a dash of modernity. In some parts, the buildings betray a Russian influence. The Blue Church, dedicated to St. Mary, is remarkable for its colour. The Devin Castle was blown up by Napoleon’s army and is now a proud ruin. Medieval knights shows are staged here to take you back to the Middle Ages. Bratislava Castle, poised delicately on a small hillock of the Little Carpathians, is a virtual icon with its snow-white walls and four brick-red turrets. The rulers of Hungary were crowned at the St. Martin’s Cathedral for three centuries. The ‘coronation route’ is marked by 178 brass plates with crown icons on them. The plates end at Michael’s Gate where the newly crowned monarch used to ride away on his royal steed. 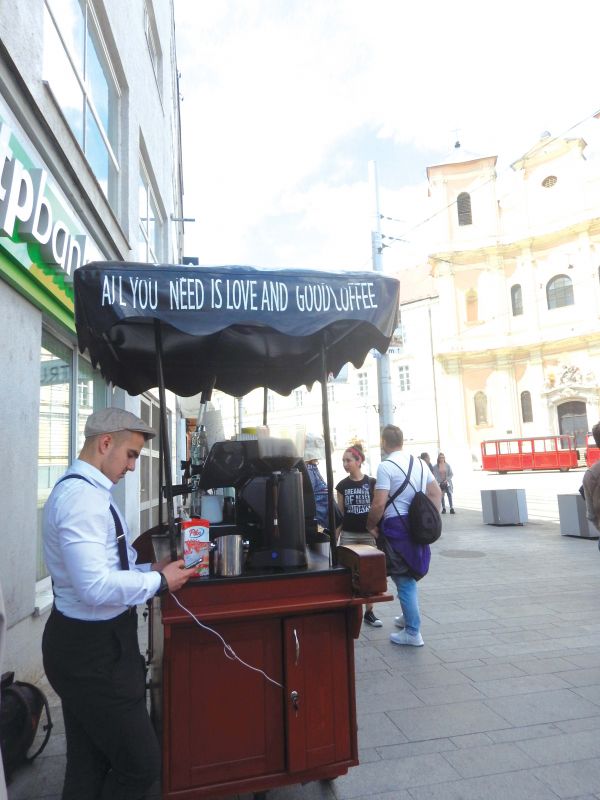 Designer bronze statues line the streets of the Old Town and tourists bustle around them clicking furiously. The Napoleonic soldier leaning on a park bench, and the statue of Schöner Náci, a merry old gentleman who looks immensely pleased with himself, were the prime favourites. It is said that Náci used to walk around the Old Town offering to kiss women’s hands, a clowning effort that caused much merriment. Everyone loved him and when he died in 1967, the statue was the town’s tribute. 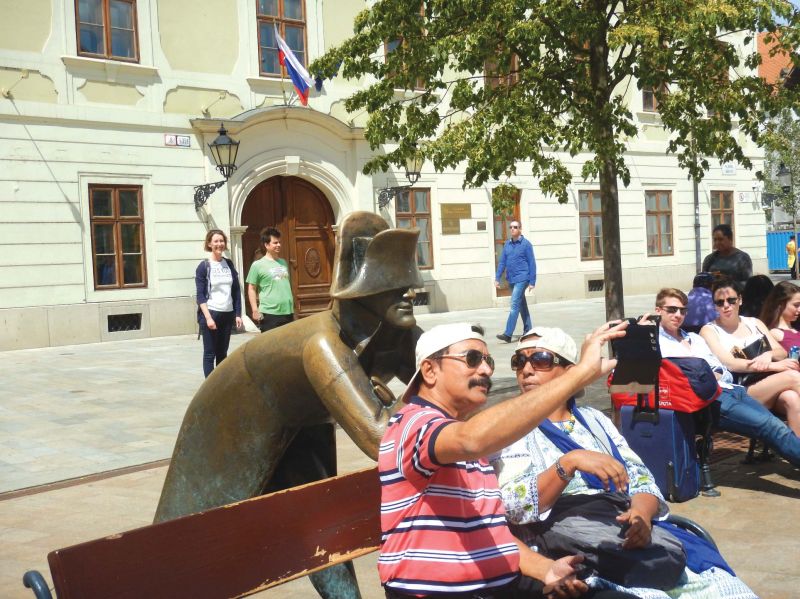 Looking for a perfect selfie

Our guide was delighted when I said I wanted to see the Man at Work statue. He seemed surprised that someone from such a faraway land had heard about it. And what a statue that was — a sewage worker peeps out of a manhole, smiling. There is no sweat, no frown or regrets. This perfect bronze captures the quintessential spirit of Bratislava — the never-say-die attitude of a people who have every reason to complain about centuries of oppression and brutality of two world wars. But no, these are proud and dignified survivors who have braved time.

— Pushpa Kurup is an IT professional and travel enthusiast.