Passionate and enthusiastic football fan clubs in India are rooting for their respective teams. 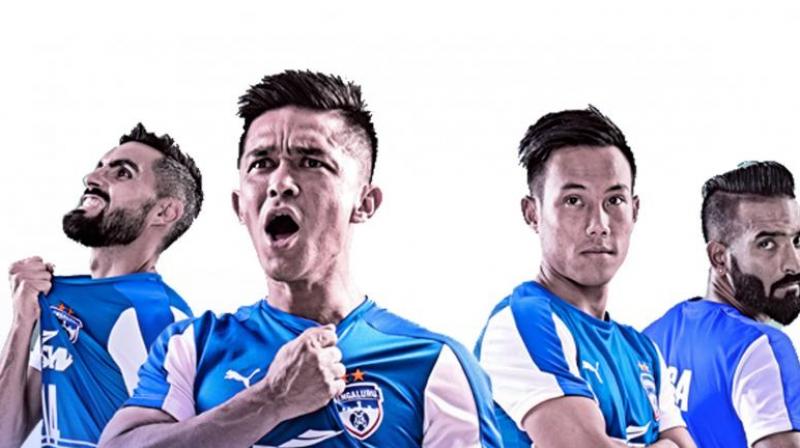 Passionate and enthusiastic football fan clubs in India are rooting for their respective teams and ardently spreading football fervour in a cricket-obsessed nation.

They’re incredibly passionate, high on enthusiasm and making discernable efforts to spread football fervour and fan culture in a country that’s known for being cricket-obsessed. From Delhi Dynamos’ avid fans to Kerala Blasters FC’s adoring aficionados, meet the football fan clubs that are intensely rooting for their respective teams and spreading the buzz around Indian football during the fourth edition of the Indian Super League (ISL).

These dedicated supporters of Bengaluru FC are known for their hatke banners, multi-lingual chants and creating a fan culture in a city that’s now getting a taste of what it’s like to have a devoted football uprising. Vijay RB, a CA Student and West Block Blue member, reveals, “We were basically a small group of fans who chanted and got together during BFC’s first season. We decided to give an identity to our raucous group in its second year.” As for the ISL, the Blues Faithful have planned a lot on the social media front. “We’ve released new videos inviting people to come watch the games. Also, it’s not just about Bengaluru anymore. We represent Karnataka now and hence, are including more Kannada chants and Karnataka flags in our match-day rituals. We have people coming from other cities of the state showing their support for BFC,” reveals Vijay, adding, “We were one of the first groups to have synchronised chanting, which was considered an alien concept for Indian football followers back then. In 2015, we also started making gigantic banners.” BFC skipper Sunil Chhetri and his men have often stated that they derive inspiration from the fans’ voices. “What stands out for us is the increasing involvement of women and youngsters in our activities,” adds Vijay. 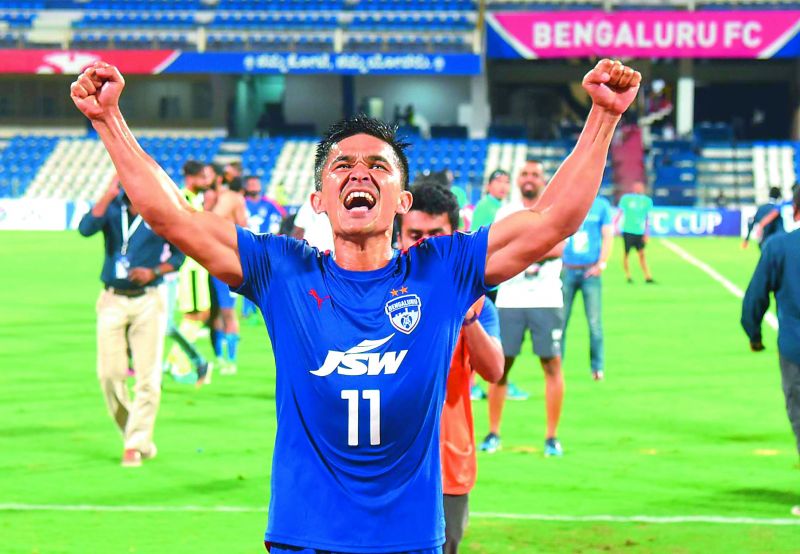 These spirited footie fanatics who root for Chennaiyin FC began their journey in 2014 when two avid fans Naga Chaitanya and Josh Peters got together with other regulars and formed a group. From being complete strangers to becoming co-fans of Chennai’s football team, these fans are now 500 in number and their Facebook page has more than 11,000 followers. Called Supermachans, the group has numerous on season and off season activities. “We dedicate our time to social causes like coastal cleanups and planting trees at an orphanage. At the same time, we spread awareness about football and Chennaiyin FC and bring people to watch matches,” says Jenisha Rani, a core member of Supermachans. The group even organised a free football free styling session. “During the ISL, we have big banners, unique chants and we march till the main gate till the team enters. Every season, we do a flash mob at a mall. We want to show other cities that Chennai too has a football culture. We also head to the airport to receive our players even if it’s in the middle of the night,” says Jenisha, who adds that the supporters include people of all age groups. 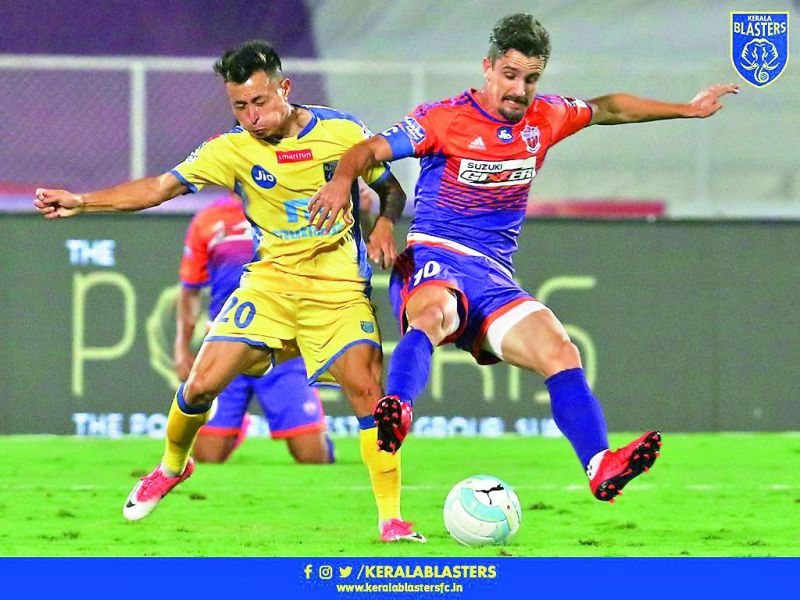 Army that arose from online group

A group of football enthusiasts were playing a Twitter war for FC Pune City back in 2014. What started off as an online interaction led to the formation of a Whatsapp group of 20 fans. “Later, more football buffs across the city joined in and we’re now 1000-plus active football fans in various Orange Army Whatsapp groups. We’re growing in number and trying to spread the word about football,” says the core member team of the Orange Army.

From meeting and greeting players of the FC to having bike rides from the club’s hotel to the stadium after every home match, Pune FC’s followers conduct a range of exciting activities. “We have match day screenings for away matches, chant together and have Viking claps to cheer our players. We’ve planned to attend away matches at Mumbai, Goa and Bengaluru. We’re one of the largest away match travelling fan clubs in India,” they reveal. The club also has its own football team that takes part in the local football tournament. “We’re working closely with club management to discuss the growth and development of the youth academy that FC Pune City has. We have direct access to club management and officials,” they add. 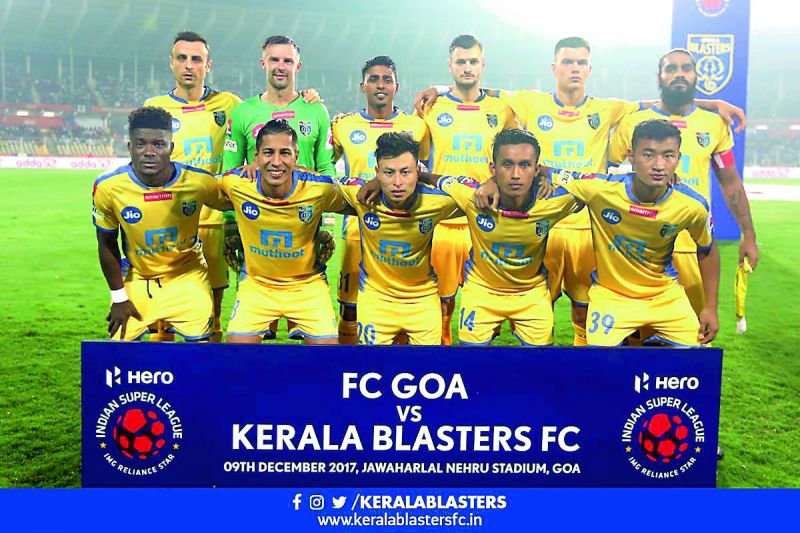 A sea of bright yellow

They form a sea of bright yellow when they hit the stadium to cheer for their squad and when they get together, their enthusiasm is unmatchable. Fans of Kerala Blasters FC, also known as Manjappada or the Yellow Army, was a group formed in 2014 by Subin Mathew and was awarded the ‘Best Fan Club’ at the India Sports Honours. “Over the years, the club got bigger and with our activities, the patronage increased. In 2017, the Yellow Army’s mission was to instill new fan culture in Kerala. Our main agenda was to be more eco-friendly and hence, we started a campaign called #GoGreen. We’re also involved in the cleaning of the East Manjappada Stand, as part of our campaign called #WeClean. We’ve even launched a mobile app which has details about Kerala Blasters along with chants made by our Chant Team. We ensure everyone wears yellow and use scarves during matches. We use around 150 flags and some giant flags in the stadium and have also introduced a unique Flash Light Wave,” says Somu Joseph, an advisory committee member. The Manjappada travels across all centres and ensures that they’re the 12th man of the team. With 2,35,000 likes on their FB page and 1,32,000 in their group, their number is massive. 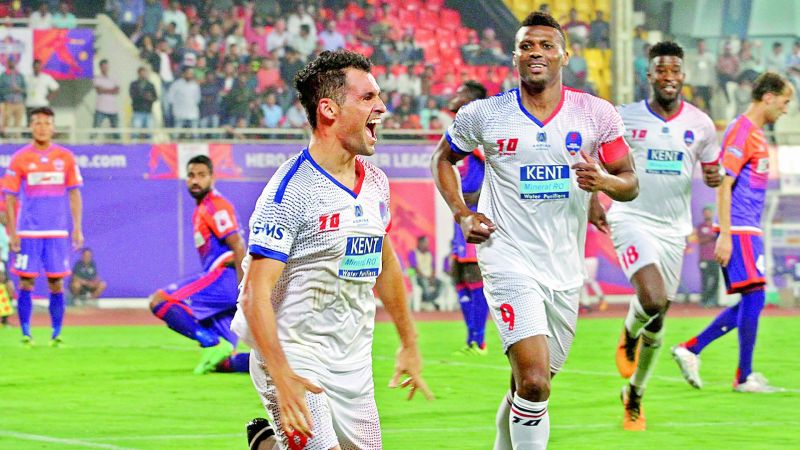 The fan club of the capital’s football team Delhi Dynamos has active social media accounts on Twitter, Facebook and Instagram. Formed in 2015 to root for the Lions, the Dynamos intend to spread football mania across the city. “We’re going to organise more football tournaments to get more recognition. Cricket is too big in Delhi and football as a sport has been greatly overshadowed. Our group comprises mostly students, so we put up posters promoting the club. We even reached out to our club president and media team and they helped us garner publicity,” shares marketing executive Ajay Poonia.

With special access to the players, the Ultras have attended fan meetings and posted about them online. “We’ve also attended training games, interacted with the players and exchanged jerseys. The players have worn them and posted it on their individual social media handles. We’ve grown over the years and we now have an active group of 400 people, pollution notwithstanding!” adds Ajay. 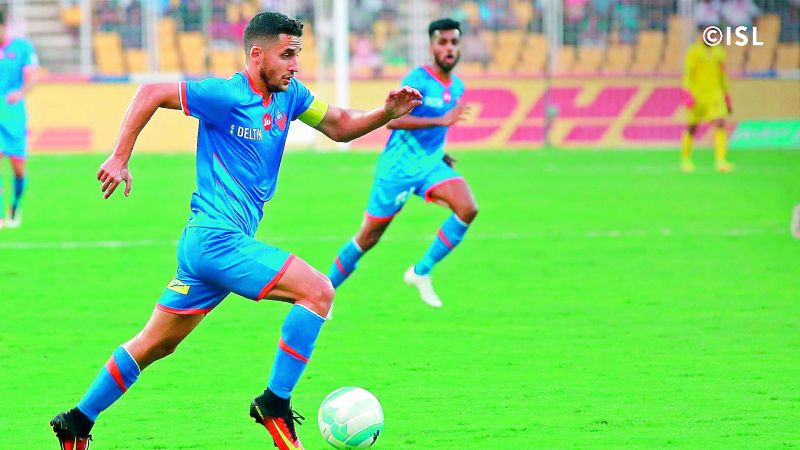 A new range of merchandise

Talking about this fan group dedicated to Mumbai City FC, student and content writer Adarsh Kumar Singh, who’s one of the admins, says, “We’ve all been supporting European clubs for a long time now. Back in 2014, when we got to know about ISL and the fact that we’ll be having our own local club, we got together whilst ignoring our European rivalries, and laid the foundation stone of Mumbai City FC Supporters Club.” With 100-odd attendees who are regulars, they have more than 250 members in their fandom. For the ISL, these footie fanatics have lots of banter planned. “We’re coming up with new ideas for flags and banners. The most recent one being a 12x9 feet huge flag, for our very own manager, Alexandre Guimaraes. We’re coming up with our own  merchandise — things that we can identify ourselves with, as Mumbai City FC Supporters Club members,” says Adarsh, who reveals that away trips to Pune have become a major part of their routine. 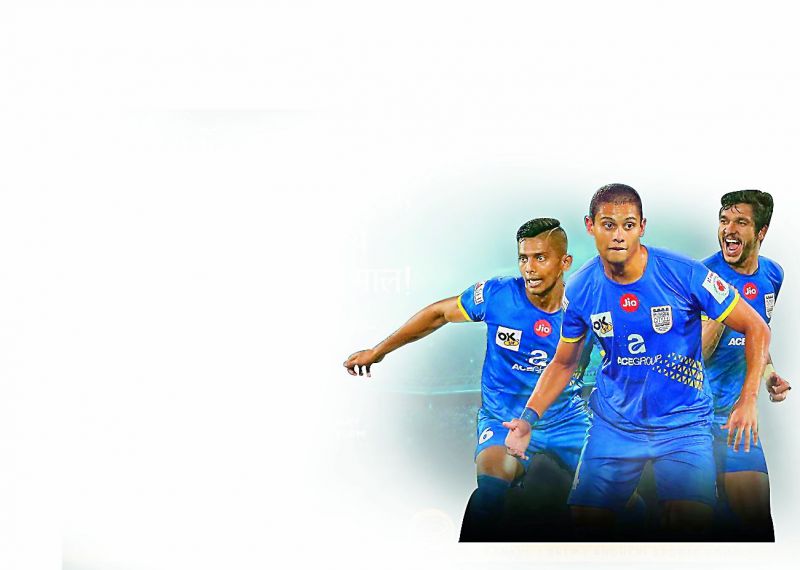 Drumming up a new wave of support

This is another ardent group that was born thanks to a Whatsapp group created by the North East United Fans Facebook page. “With a few like-minded people joining the group, we realised that the club needed a dedicated supporters’ group that can attend matches together, prepare proper chants, flags etc and cheer for the team as a unit. We want to bring about a football culture in Assam, especially Guwahati,” says Highlander Ivan Basumataray. “We also conduct chant practice sessions with our drums and megaphone. The banners, tifo, drum and the megaphone was recently purchased through crowd-funding where members generously contributed.”

They belong to a city that’s known for its devoted football culture and their zest for the sport is evident in their activities. Dedicated to the ATK franchise, co-owned by Sourav Ganguly, the official Facebook page of ATK Fans Fraternity has more than 20,000 likes and they’re regular with their updates too.

Founded in August 2014, this set of fans belongs to a state that’s a football powerhouse. FC Goa’s supporters are loyalists who never miss an opportunity to cheer for their squad. Their FB page has various updates ranging from the points table to sketches of players made by fans.

A group dedicated to the newest team on the block, they’re small in number, but the zeal to spread the footie craze is high. Let’s hope that this devoted club only grows bigger and stronger.