Things are looking up for Baba Ramdev

Baba Ramdev’s products may get involved in some controversies, particularly after May 2018. 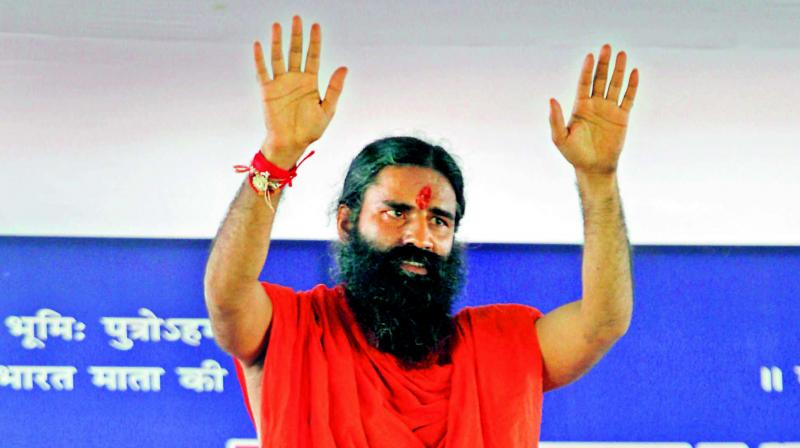 Baba Ramdev is all set to scale greater heights. According to predictions, he has a strong Rajyoga, because of which his business will flourish and his popularity is likely to increase.

Baba Ramdev’s rise has been mercurial. From being the face of yoga and an exponent of Ayurveda, today, he’s turned into a business tycoon in the FMCG industry. According to our predictions, the rising sign or ascendant in Baba Ramdev’s chart is Cancer and its Lord Moon is placed in the seventh house in Saturn’s sign Capricorn, with the exalted yogakaraka Mars. This forms a strong rajyoga. This means he will be blessed with wealth, fame, siddhis and paranormal powers. When observing his life so far, it is clear that he already has some of these things. The rajyoga in his birth chart is the reason for all these endowments.

Traditional knowledge
The placement of Moon, Venus, and Mars in the seventh house indicates a powerful personality. It also shows he will have a strong following of fans and supporters. Ruchaka yog is very strong in his horoscope, which has endowed him with several abilities like a strong physique. This yog has also made him well-versed in the ancient shastras, traditions, and customs.

Spiritual interests
The Lord of the eighth house Saturn is in its own sign. This shows Baba Ramdev’s interests in spiritual studies and activities. Adding to this, the lord of the twelfth house Mercury is placed in the fifth house of learning along with Ketu. This establishes his keen interest and expertise in yoga. Thus, we see the planetary reasons behind his interests. Such a strong horoscope with very positive and conducive planetary combinations reveal the reasons for his skills, interests and fame.

Influence and popularity
Baba Ramdev is currently under the influence of Saturn mahadasha and Saturn bhukti. This dasha period will provide him plenty of opportunities and lot of money. Thus, his influence is likely to grow in the coming years. Jupiter is retrograde and is aspecting the Saturn. This will confer on him spiritual progress and success in the fields of yoga, Ayurveda, and philosophy. He will expand his work for the betterment of farmers and the agriculture sectors.

Challenges ahead
However, during 2018, Baba Ramdev’s path will be full of challenges due to the transit of Saturn and Rahu. His brand is likely to become global. But at the same time, his products may get involved in some controversies, particularly after May, 2018. This development could make a dent on the credibility of Baba Ramdev’s products. His domestic and global competitors will pose greater challenges.

Health and security
Baba Ramdev will have to stay careful about his own health and security from July, 2018 to September, 2019. This period will remain increasingly hectic and stressful for him. Nevertheless, the transiting Jupiter will continue to act in his favor and facilitate his expansion. As per the planets, Baba Ramdev will definitely make a mark in history as a prominent person.