Get ready for VAR

The 2018 World Cup in Russia will herald a technological first — a Video Assistant Referee (VAR). 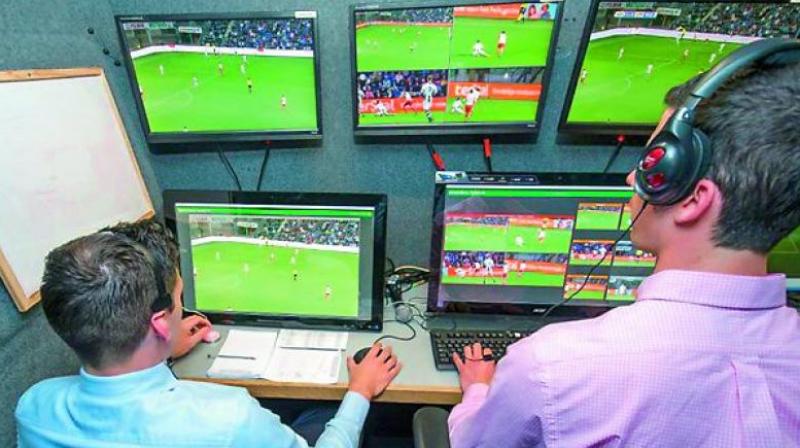 Video Assistant Referee and his team monitoring the match.

Simple rules — only 17 in all — are the main reasons for football’s popularity and universality. The implements needed to play the game are basic as well: a pair of goal posts and a ball. And, players only require a decent pair of shoes to kick the spherical thing around. The game is so uncomplicated that anyone, cutting across age and gender barriers, can enjoy it. Football is the most democratic mass sport.  That the game used to be played with the same set of rules from a Sunday park match to the World Cup final was a matter of pride to football’s administrators not long ago. Although football’s rules are still essentially the same across the spectrum, technology is increasingly being used at the highest level to get decisions right. The stakes are so high in professional leagues and the World Cup these days that it would be foolhardy to say no to technological aides. 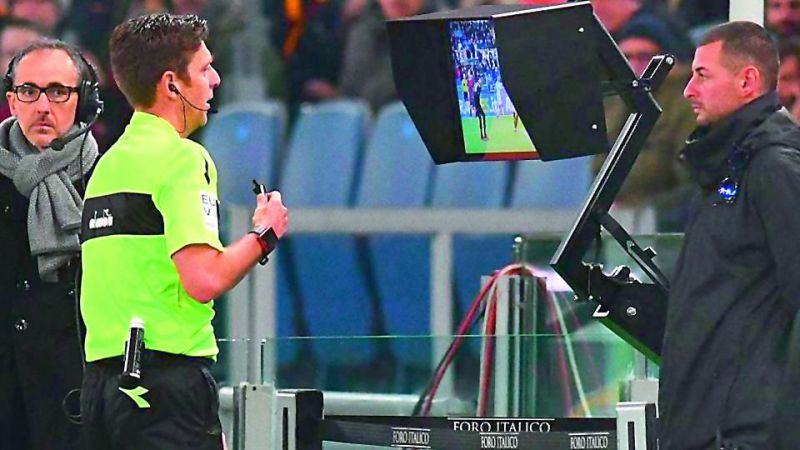 The on-field referee checks a replay on the monitor near the touchline.

The impetus to introduce technology came from a goal that wasn't given at the 2010 World Cup. Although England midfielder Frank Lampard’s shot had crossed the goal-line by almost two feet against Germany in a round of 16 match, a Uruguayan assistant referee failed to give goal. England who trailed 2-1 when the goal wasn’t given went on to lose the match 4-1. The match might have panned out differently had the Uruguayan official’s eyesight been sharper. So Fifa had to give its nod for goal-line technology at the 2014 World Cup to safeguard its flagship event from another embarrassment.  The 2018 World Cup in Russia will also herald a technological first — Video Assistant Referee (VAR).  The innovation was first used at the 2016 Fifa Club World Cup in Japan. Fifa has chosen 13 exclusive VARs to officiate in 64 matches in Russia.

Each VAR has three assistants and four replay operators. VAR will review match-turning incidents such as goal, penalty, red card and mistaken identity while issuing a card, and inform the main referee. Unlike hockey, cricket and tennis, players can’t force the on-field referee to ask for a review of a contentious call. The official in the middle, after drawing a box in the air, can either signal VAR’s decision straightway or can watch the replay himself on the monitor placed near the touchline and announce his decision.  The VAR team using Hawk-Eye technology operates from a room located in the International Broadcast Centre in Moscow. Multiple camera footage from all 12 stadiums is provided to the team through a fibre optic network and the VAR interacts with the on-field referee with the help of a sophisticated fibre-linked radio system. The VAR team will get feed from 33 cameras including eight super slow-motion, four ultra slow-motion and two off-side cameras. 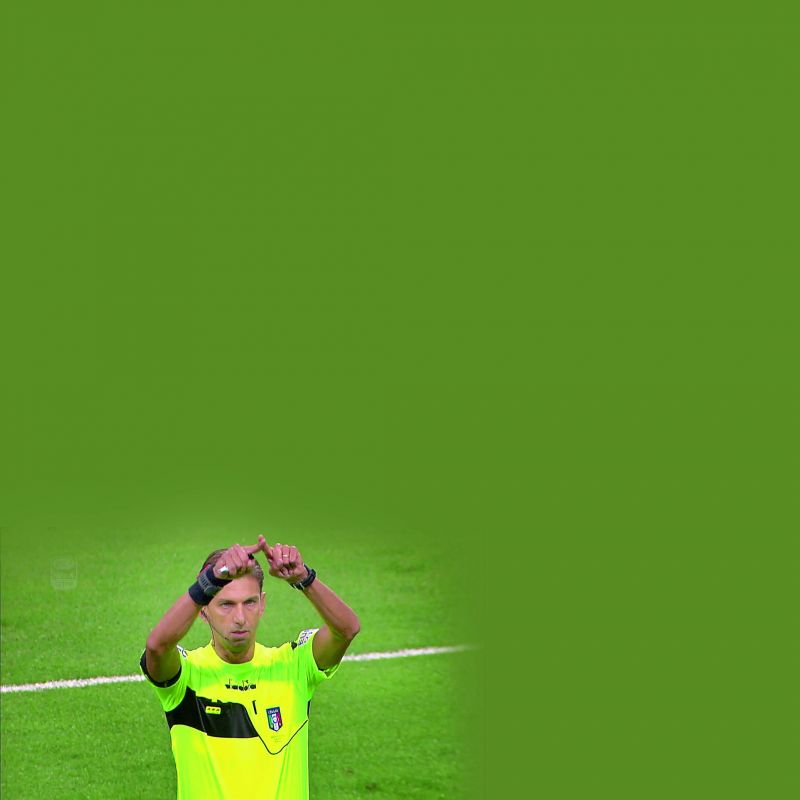 The on-field referee signals that he is seeking VAR support.

The VAR team watches every second of the match to spot obvious and major errors. After a goal, it checks for off-side and whether the ball had gone out of play before being put into the net. In case of penalty, the VAR verifies the foul and whether it was committed inside the box. It must be remembered that the on-field referee’s decision is final. An eagle-eyed VAR will ensure that no World Cup match in Russia is blighted by refereeing blunders. However, all wrong decisions can’t be reversed. For example, play stops when an assistant referee raises the flag for off-side and the decision can’t be reversed even if the replay shows the player concerned had clearly been on-side. Technology is a boon to football, although it is not affordable to all in a world divided by rampant income inequalities.

Maradona throws his weight behind technology

Had technology been available at all the previous World Cups, the history of the game’s most important tournament would have been radically different. To this day, there is no conclusive proof on whether the ball had crossed the line for Englishman Geoff Hurst’s third goal against West Germany in the 1966 World Cup final. The Germans were adamant that it hadn’t and they had a measure of revenge when Hurst’s compatriot Frank Lampard was denied a perfectly legitimate goal against their country in the round of 16 at the 2010 World Cup. Goal-line technology would have solved both problems then and there.

Video Assistant Referee would surely have chalked off Argentina great Diego Maradona’s Hand of God goal against England in the semi-final of the 1986 World Cup. Maradona, an advocate of VAR, told www.Fifa.com last year that his cheeky goal wouldn’t have stood had technology been around that time. “Obviously I think about it whenever I show my support for the use of technology,” he added.

In the same interview, he said: “Football can’t fall behind. Given the rate at which technology is advancing and the fact that every sport uses it, how can we not think about using it in football? People used to say that we’d waste a lot of time, that it would cause a lot of annoyance. But that’s not the case. People get annoyed when something that shouldn’t be given is given, or when you have a goal wrongly disallowed. Technology brings transparency and quality.” Football is a flowing game and stoppage can irk fans and player alike. But they should get used to VAR intervention because getting a match-turning decision right will satisfy both in the long run.

Another innovation at the 2018 Fifa World Cup will be a technical set-up Fifa will provide to all teams that enables communication between a member of the coaching team on the bench and the analyst observing the match at the media tribute. The coaching staff and the analyst will get a tablet each from Fifa.

According to an explainer on www.fifa.com, two optical tracking cameras located at the media tribune track the positional data of players and the ball. "Processed data as well as live footage is transmitted to the analyst workstation. The analyst pores over the player metrics, reviews situations of the match and can highlight areas for considerations with the help of an application. “The analyst can send a still image with his drawings down to the technical area and can speak to a coaching staff via radio communication. The coaching staff can also talk to the analyst and send messages back via a chat tool. At the half-time break, analysis of marked situations can be undertaken in the changing room.”