The book also tells the story of other female characters of Ramayana, such as Kaikeyi, Ahalya and Surpanakha. 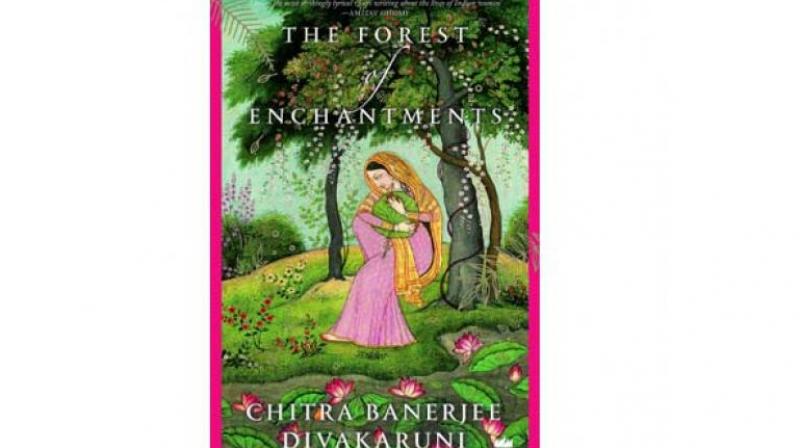 The Ramayana has accounted for some of the most famous works of literature over the centuries. Originally written by Maharishi Valmiki, several writers since have narrated different versions of the gripping epic. However, while much is written about Rama, Lakshman, Bharat and the other male characters in it, not much work has been done around the female characters of the Ramayana.

Filling this gap, award-winning author Chitra Banerjee Divakaruni’s next book, The Forest of Enchantments, is Sita’s version of Ramayana. A powerful comment on duty, betrayal, infidelity and honour, the book is also about women’s struggle to retain autonomy in a world that privileges men, and Chitra transforms an ancient story into a gripping, contemporary battle of wills.

“I have been thinking of writing a novel with Sita as my protagonist for many years, even before I wrote Palace of Illusions (re-telling of the Mahabharata from Draupadi’s point of view),” explains Chitra about the germination of the idea of the book, adding, “Perhaps my fascination with Sita started as a child, when I was first told her story by my grandfather. I wanted her as my protagonist in Forest of Enchantments because Sita is an icon of perfect womanhood for so many Indians, and I strongly felt that the popular understanding of Sita’s character was largely patriarchal in its approach.”

In fact, the author feels that Sita has been misunderstood as hers is possibly the most tragic love story one would ever come across. “From her life, I have learned to be strong in adversity and to be dignified and mature. Sita is always elegant and noble, even when her heart is breaking. At other times she is playful and fun, as a daughter, sister or young wife, and even when she is bringing up her boys, and I hope I’ve been able to capture that, too,” Chitra says.

Interestingly, The Forest of Enchantments also gives a voice to other female characters in the Ramayana, such as Kaikeyi, Ahalya, Surpanakha, Mandodari and Urmila. Talking about how difficult it was to incorporate stories which haven’t been in the limelight for centuries, Chitra says, “It was a real challenge. Even more than Sita, the stories of these women have been relegated to the margins and oversimplified. They are either villains or victims. I wanted to show the complexity in each of their stories and their relationships with Sita, and that required a lot of research and thinking.”

To make sure that she did justice to the multiple characters, Chitra had to read many versions of the Ramayana by Valmiki, Krittibas, Tulsi, Kamban, Chandravati and also  Adbhuta Ramayana. “I was delighted to see how each one was different, depending on the writer’s understanding or values. This gave me a great deal of encouragement to write my own imagining of Sita’s character,” she explains.

The research and reading wasn’t easy work. While penning the stories of these complex characters, Chitra also had to deal with writer’s block. She recalls, “I faced the dread situation of writer’s block many times, usually when a major scene was coming up, such as Sita’s abduction or the agni pareeksha scene. I was afraid I would mess it up. I usually write straight on the computer, but in these cases I had to make many handwritten notes to work through the process. I also prayed a lot, asking for the right words and the right vision.”

With novels like The Forest of Enchantments and Palace of Illusion being loved by readers, many other authors, too, have started exploring the genre and retelling the epics from the point of view of the female characters in them. In a world which has been dominated largely by men, it seems like women, even from mythology, are finally finding their voice.

“I am delighted that so many tales are being told from the point of view of women, because this technique brings to light how a woman feels in certain circumstances and this is important for a healthy society,” says Chitra.

On the personal front, the author, who is the Betty and Gene McDavid Professor of Writing at the University of Houston Creative Writing Program, says that she loves watching movies. “I am particularly fond of suspenseful thrillers. On Netflix, I binge-watched Stranger Things and The Haunting of Hill House. My husband and I both enjoyed Andhadun and (some years back) Kahaani,” she concludes.