As the World celebrates the International Year of Indigenous Languages, India has a task in hand to preserve its 780-odd indigenous languages. 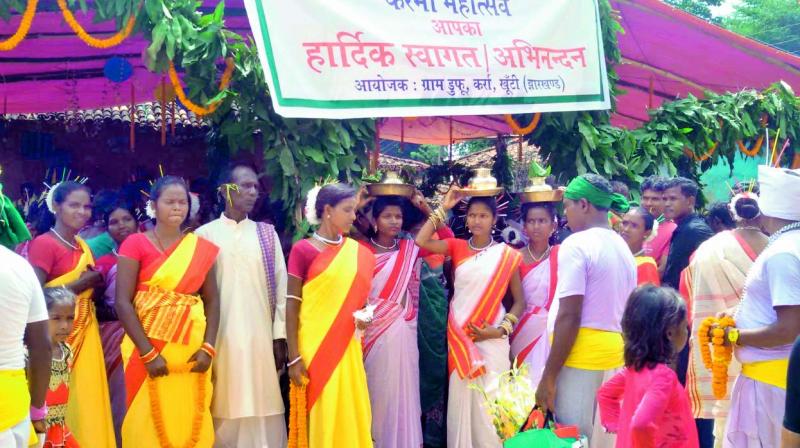 Every two weeks, a language dies with its last speaker in this world. India, undoubtably is a treasure trove of linguistic diversity, with nearly 450 living languages — 22 of them granted the status of a ‘Scheduled language’ under the Constitution. Nevertheless, the country also faces the perennial threat of indigenous languages dying. As per the first-ever linguistic survey conducted, completed between 2010 and 2013, India has already lost over 200 indigenous languages in the last 50 years. The survey also rang alarm bells as it claimed that another 150 languages could vanish in the coming decades. The survey astonishingly discovered 780 languages across India, over six times the number in the Census.

According to the United Nations there are approximately 6,500 languages spoken in the world today. But linguists and researchers fear that by the end of this century, over half of the 6,500 languages will be extinct. No wonder the United Nations has declared 2019 as the International Year of Indigenous Languages in an effort to promote awareness of the plight of languages that are in danger of disappearing.

Former HRD minister Smriti Irani in 2014 had stated that India has 42 ‘critically endangered’ languages. The UNESCO calls those languages ‘critically endangered’, if “the youngest speakers are grandparents and older, and they speak the language partially and infrequently.” Out of the 42 such languages, 11 are in Andaman Nicobar Islands, including Jarawa and Sentilese.

The UNESCO Atlas of World’s Languages in Danger has listed Manipuri (Meitei) and Bodo — two Scheduled languages in the Constitution — as ‘vulnerable’. While Meitei is the official language of Manipur, Bodo is the official language in the Bodo Autonomous Territory. The UNESCO terms a language ‘vulnerable’, “if most children speak the language, but it may be restricted to certain domains (e.g., home)”.

Words of Wisdom
When the 1971 Census came out in India, two particular words in it caught the attention of a 20-odd-year-old boy. The 1971 Census, as a matter of fact, listed 108 languages and clubbed the rest under the category of “All Others” — the two words that triggered a life-long passion for discovering languages inside the boy. Five decades later, we now know him as Ganesh Devy, the eminent linguist and the founder of People’s Linguistic Survey of India (PLSI). “I was intrigued by the ‘all others’ category. I checked the 1961 Census which listed over 1,600 languages. I wanted to know which were the languages in the category, why did they vanish and where could I find them,” says Devy.

Devy began tracing these languages on the Indian map and found that a large number of them belonged to Central India and are spoken by the Adivasis (indigenous people). In 1996, he founded the Bhasha Research & Publication Centre at M.S. University and began devoting his time to identify, record and preserve indigenous languages. “There is only one reason for decline of any language. If a language is incapable of providing livelihood, the language is bound to lose its value,” he says. Perhaps, his theory could explain the death of Sino-Tibetan languages, Andro and Sengmai, once spoken in some parts of Manipur, and their users switching to Manipuri, the dominant language of the region. Some researchers say factors such as climate change, political persecution, globalization and a lack of preservation are the reasons behind the death of a language. Devy adds that the Constitution makers added some languages in the eighth Schedule. “During the state re-organisation, languages in the eighth schedule, all with a s
cript, got their states. However, languages without a script like Bhojpuri got marginalized.”

The British raj spelt doom for a large number of tribal communities, who fearing reprisals from the colonialists, turned wary of speaking their own language and began using the dominant language of their region. With a significant number of indigenous languages — in the process of dying or already extinct — without a written script, one may consider the lack of a script as the biggest contributor to a language’s decline. However, veteran sociolinguist Imtiaz Hasnain of Aligarh Muslim University has a nuanced take. “A script does help in preserving a language but to evolve a script one needs to look contextually and decide. Moreover, the issue of choosing a script has been politically contentious. People have been touchy about the script they want to use. Hence, it is important that the community comes to a consensus,” he says. For example of Konkani language, it is unique because it is written in not one or two, but five scripts. However, there has always been a heated debated in the public sphere over which of the five scripts should get primacy. Devy adds that Sanskrit survived for thousands of years purely on oral traditions. “Language is essentially a speech. A script is only an instrument of outward expression,” he says.

Saviours of Language
The advent of digitisation and the proliferation of cheaper internet services in India can prove to be a gamechanger in the quest to preserve indigenous languages. “In the absence of digital tools and the Internet in the past, documentation through text was the only medium preservation of history, culture, art and even languages. Not everyone was accomplished to write a book or influential enough to publish it. The Internet, too, represented only the educated and affluent,” says Osama Manzar, founder of Digital Empowerment Foundation. Manzar, cites National Geographic’s ‘Enduring Voices’ project to highlight how digital tools could help record and preserve dying languages. One of the first projects undertaken under the initiative was to document Koro, a Sino-Tibetan language spoken by less than thousand people in Arunachal Pradesh, in 2010. The Enduring Voices project has already come out with eight talking dictionaries to document indigenous languages. Besides containing 32,000 word entries in eight endangered languages, the dictionaries hold more than 24,000 audio recordings of native speakers.

Adivasi Lives Matter (ALM), a social media-based platform for Adivasi content tries to bring out their untold stories. Launched by media trainers Isha Chitnis and Ankush Vengurlekar, the initiative began as a simple thought that there needs to be conversation among urban people about Adivasi lives. “Adivasis are about a tenth of the population. But we can’t even name a handful of Adivasi journalists. This is unfortunate because Adivasis, given their rich oral tradition, have wonderful storytelling abilities,” says Vengurlekar. Every Monday, ALM uploads an Adivasi “Word of the Week” on Instagram for the readers. Vengurlekar believes learning a new word every week will help people from urban areas connect with Adivasis better. ALM also conducts capacity building workshops for Adivasis and trains them to use mobile phones for article writing, photography, video creation.

“We encourage a lot of women to participate and pay our content creators. This encourages them to stay put in their villages and enrich their culture and language and not get swayed by city’s hustle and bustle” he says.

Hercules Singh Munda (26), who is from the Munda community helps conserve his community’s indigenous culture and language. “I worked in the IT sector but never felt like I belonged there. I have always been active in cultural activities. I spent most of my life in Jharkhand. So, I felt that helping my community would give me satisfaction,” he says. After coming to Hyderabad, Munda began working on digitising some historical books related to the Munda community. He is working on an app called Trilingo, which helps people learn four indigenous languages — Mundari, Santhali, Ho —  all Austro-Asiatic languages found in Central India —  and Kurukh, which is a Dravidian language. He plans to launch the app at an international conference soon. Devy, whose work has won several accolades, suggests the government should protect the economic livelihoods of Adivasi communities, which in turn will help preserve their culture and language. He in fact has an interesting perspective to share: “Cultural and linguistic diversity helps in the process of natural evolution. It helps in the development of human body and mind”.

Word Power
According to Devy there are 9,000 words to express feelings of love, relationships and intimacy in all Indian languages put together. There are at least eight sign languages in India which are not related to the official Indian sign language. There are about 40 “code languages” currently spoken across India —  but largely unknown to the masses. These “code languages” are usually used by thieves to communicate.

Hasnain, who is currently working on documenting two indigenous languages under Central Institute of Indian Languages, Mysore says that in order to incentivise Adivasis to speak their language, one must first of all tell them that their language is not worthless. They should know that their language will empower them. “When they see their language being documented, they would also realise that their language has more unique sounds than some other dominant languages. That would add repertoire to their speech. Knowing their native tongue will also help them bond better. They can talk to each other in a common language and enjoy the perks of inclusivity,” Hasnain says.

The man who inspired Munda to take up the cause of Mundari language is a Jewish journalist named Eliezer Ben-Yehuda. On October 13, 1881, he and his friends agreed to exclusively converse in Hebrew, a language that had not been in day-to-day use for nearly 2,000 years. Ben-Yehuda was convinced that Hebrew could be the only language to help unite diversified Jews in the soon-to-be-established state of Israel. Interestingly, he raised his son, Ben-Zion, as a native Hebrew speaker. Ben-Yehuda also compiled the first modern Hebrew dictionary. Perhaps, British historian Cecil Roth paid him the biggest tribute: “Before Ben-Yehuda...Jews could speak Hebrew; after him they did.”