Triumph against all odds

On August 29 Swapna scripted history by bagging the gold medal in Heptathlon in the Asian Games. 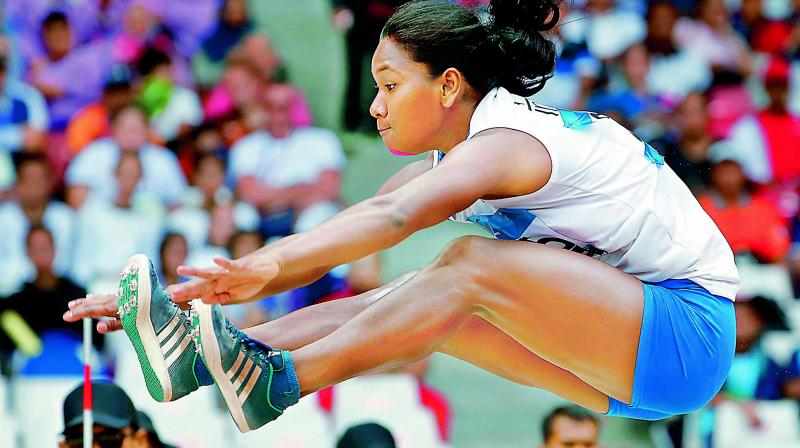 Swapna Barman, who scripted history by bagging the gold medal in Heptathlon in the Asian Games, was born to a van-rickshaw puller and tea garden worker in Jalpaiguri in West Bengal.

The road to glory was long and tough. And it took burning passion and unflinching determination for Swapna Barman to hold on to her dream — till she made it come true. On August 29 Swapna scripted history by bagging the gold medal in Heptathlon in the Asian Games. Born to a van-rickshaw puller and tea garden worker in Jalpaiguri in West Bengal, the 21-year-old Indian athlete battled excrutiating pain even while performing on the track. Much like she braved pain and rose past challenges all through her life.

Being born with six toes on each foot didn’t put the brakes on her love for sport. She says, “My sports career started with practising high jump. In school I used to play kabaddi and football. In 2013 I joined Heptathlon directly at the national level. However, I started feeling pain in my legs at training sessions. But who does not suffer pain? Everybody does. Whatever I have become now is because of my coach Subhas Sarkar. My next target is winning a gold at Olympics.”

Her coach, Subhas Sarkar recalls, “When I first saw her in 2013, I was not at all impressed with her physical standards since she was not tall which is essential for high jump. She did not have excellent speed too. But she worked hard for it and improved tremendously. She has amazing willpower and her dedication level is very high. She never lost faith in what I told her.” 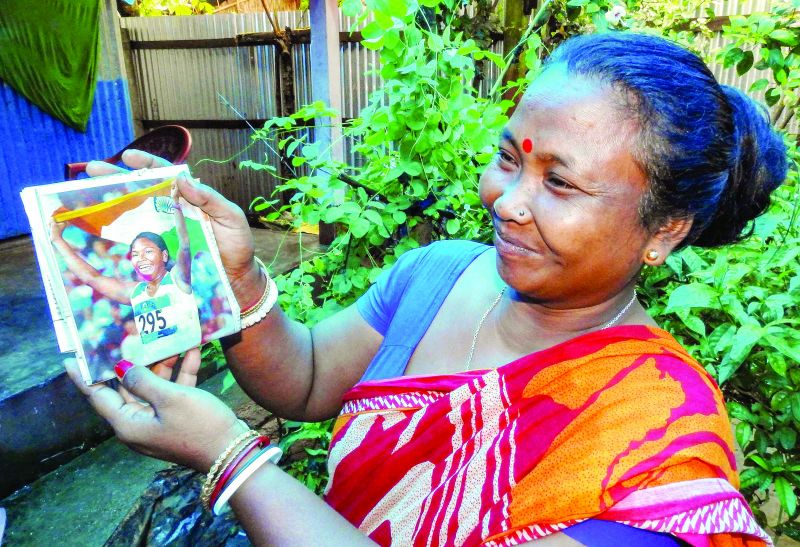 Asit Burman, one of her two elder brothers, talks about the gloriously happy moment of her win. “We are very proud of her. She called us from Jakarta to give us the news of her winning the gold. Since then people have been constantly visiting us to congratulate her. Our home now remains so crowded that we often cannot do our daily chores,” he laughs.

Recalling the family’s tough times and Swapna’s struggle, he says, “She toiled hard since childhood. Father used to drive a van-rickshaw and mother worked in a tea garden. After a brain stroke left father bed-ridden, mother took over the responsibility of running the household and shouldering the expenses of his treatment.”

But even in those trying times, the family did their best to keep Swapna’s dream alive. Asit says, “I remember how mother, after working in the garden, used to ride a broken cycle to ferry Swapna from our home to a ground 13 km away for her physical training. Survival was tough for us those days. Our sister would have just a glass of water after returning from school in the afternoon. A day’s meal was a distant dream for us then.”

The other brother, Pabitra, says, “Our hardships cannot be narrated in words. We faced severe financial challenges in childhood. Despite all odds Swapna excelled. She loved sports so much that it did not matter to her whether she had any food or not. Like all Indians we now want her to compete in the Olympics and win a gold medal there.”