The other Phogat girl

Vinesh lost her father at the age of nine and was adopted by her uncle (tauji) Mahavir Phogat (father of Geeta). 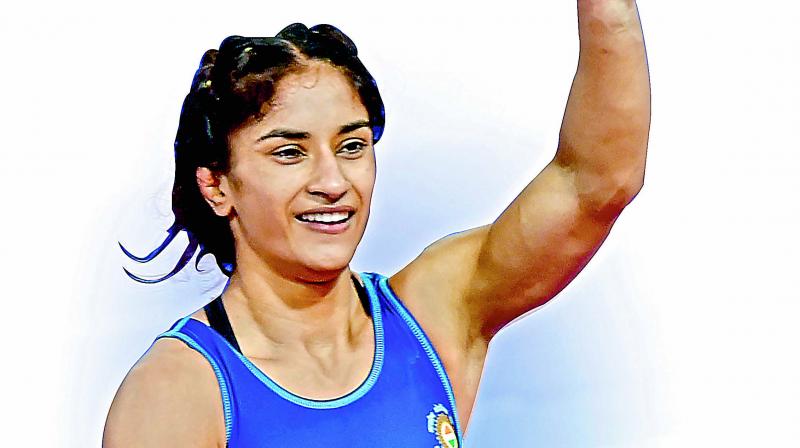 Vinesh Phogat was known as the cousin of famous wrestlers Geeta and Babita Phogat on whose life the movie Dangal was made. However, it all changed when Vinesh Phogat became the first Indian woman wrestler to win a gold medal at the Asian Games.  Vinesh lost her father at the age of nine and was adopted by her uncle (tauji) Mahavir Phogat (father of Geeta). “Vinesh started practicing from the age of five with our uncle and Geeta and Babita,” says Rahul, her cousin.

Vinesh reached India from Jakarta on 25 August and to everyone’s happy surprise, got engaged to her longtime boyfriend Somveer, a wrestler, at Delhi airport. The engagement rituals were completed near the parking area outside the airport. “It was my 24th birthday. For the last few years I was losing my bouts just few days before my birthday. Since I won an Asian Games gold medal this time, to make it a memorable birthday we decided on the engagement at the airport,” said Vinesh. 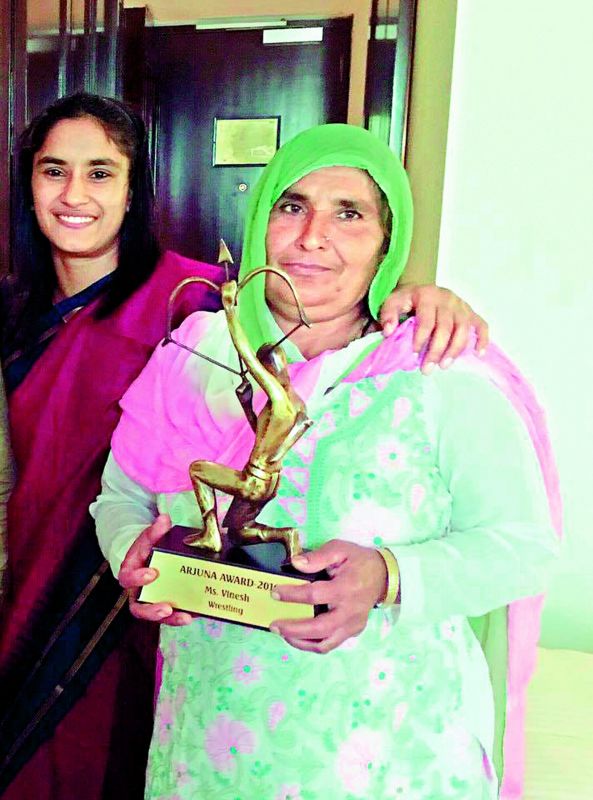 Vinesh with her mother.