It is obvious that the pain threshold of almost all athletes who have won Asian Games medals is high. 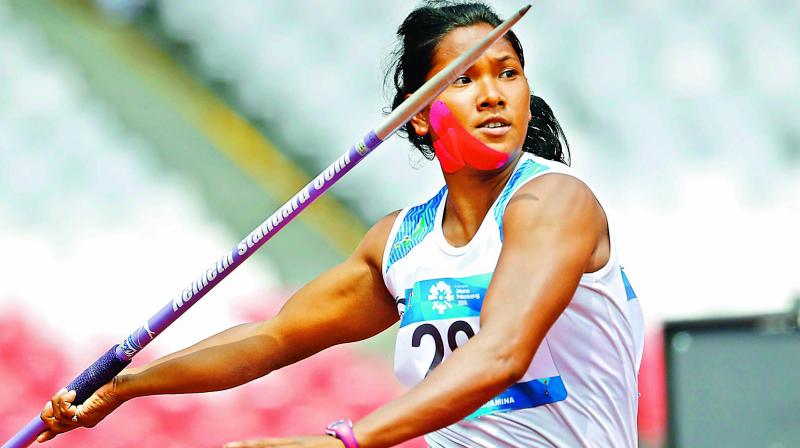 In a brilliant show of talent and grit,  passion and determination, athletes from rural India who grew up battling heavy odds in life, did the country proud and brought home glory and medals at the 18th Asian Games in Jakarta.

The roar of rural India was deafening at the 18th Asian Games. Ding (Assam), Dang (Gujarat), Gopalpur (Odisha) and Jalpaiguri (West Bengal) aren’t hotspots in sport by any stretch of imagination but the likes of Hima Das, Sarita Gaekward, Dutee Chand and Swapna Barman have put these nondescript places on the Asian athletic map with their odds-defying feats.

Most of them had to overcome hurdles — lack of coaches, equipment and money — at every step of their way. That half of them are women is a hammer blow to entrenched misogyny that still blights much of India. From P.T. Usha to Hima, athletics has always been the preserve of rural India. The Asian Games in Indonesia has only reinforced its firepower.

R. Gnanasekaran, who won the 200m gold and the 100m silver at the 1978 Asiad, was moved by the poverty of some of the medal winners. “I want to salute their spirit. I grew up in a tiny village in Tamil Nadu, so I could empathise with their desire to forge a new life through athletics,” he said.

Shiny Wilson, a multiple Asian Games medallist, isn’t surprised that athletes from rural India were all the rage at Jakarta. “Even today, rural folk still struggle for things that urban people take for granted. Children in villages have to travel afar for school, hospital and water. In my childhood, the most important race for me was reaching the church, which was five kilometres away from my home at Thodupuzha in Kerala, ahead of my male cousins. I think the Sunday church run helped me as a professional later on.”

“When children from villages take up athletics, they are inherently stronger, with the toughness honed over the years being their key ally. I feel the natural food they eat — even if it is not adequate — plays a part in their physical strength. More important, they are ready to work harder than others. They are hungrier too,” she added.

It is obvious that the pain threshold of almost all athletes who have won Asian Games medals is high. Without exception, everyone is tuned to make sacrifices. It’s remarkable that Dutee, Hima, Sarita and Swapna are up and running, holding India’s flag aloft, after growing up in homes steeped in penury.

Manjit Singh, the 800m gold medallist, hadn’t seen his six-month-old son before the Asiad, as his focus had been on doing well at Jakarta. Athletes deserve more praise because athletics isn’t only one of the most demanding disciplines in sport, it is also the least rewarding.