Commander Vijay Verma was the man behind the selfless rescue of the pregnant lady who was marooned during the Kerala floods. 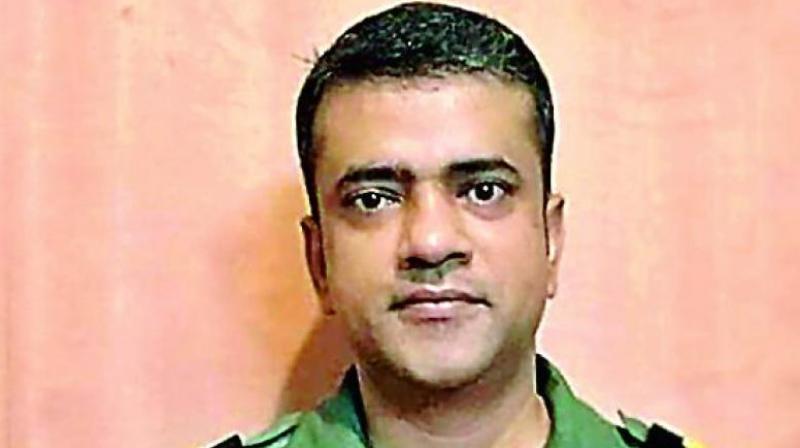 Described as one of the worst since 1924 by Chief Minister Pinarayi Vijayan, the rains in Kerala have left as many as 400 dead and rendered thousands of people homeless. The short-term and long-term impact of these unprecedented floods on the lives of the people, the economy of the state, and the environment are dreadful. But experts say these numbers could have increased had it not been for the relentless efforts of some dedicated armed forces personnel, fishermen and compassionate citizens. Each day, a new story comes out about a daring rescue. One video that did the rounds on social media showed two women being airlifted to a chopper from the rooftop of a submerged house in Kochi.  Among them, one was a pregnant lady, Sajitha. Later on, the world identified the navy officer who saved both of them. It was Commander Vijay Verma of the Southern Naval Command.

The Kerala flood rescue operation was the largest disaster relief exercise the Air Force has ever conducted with its powerful aircraft dropping a total of 2.47 lakh kg of relief material. The Air Force had to pinpoint areas that were inaccessible even by boats to rescue people in the flood-wrecked state. “The operations were on in full swing on that day,” said Verma who was in the chopper looking for stranded people in and around Kochi. “The team got an SOS of a medical emergency that somebody is stranded atop a building somewhere near Aluva and added she is pregnant and her water was broken. As we had flown many times extensively through the area, we knew the situation was grim and expected it to be a tough one,” shares Verma. A doctor was first lowered from the chopper to assess the condition of the Sajitha. She was then lifted and admitted to the Sanjivani Multi-Speciality Hospital in Alappuzha district, where she gave birth to a boy. 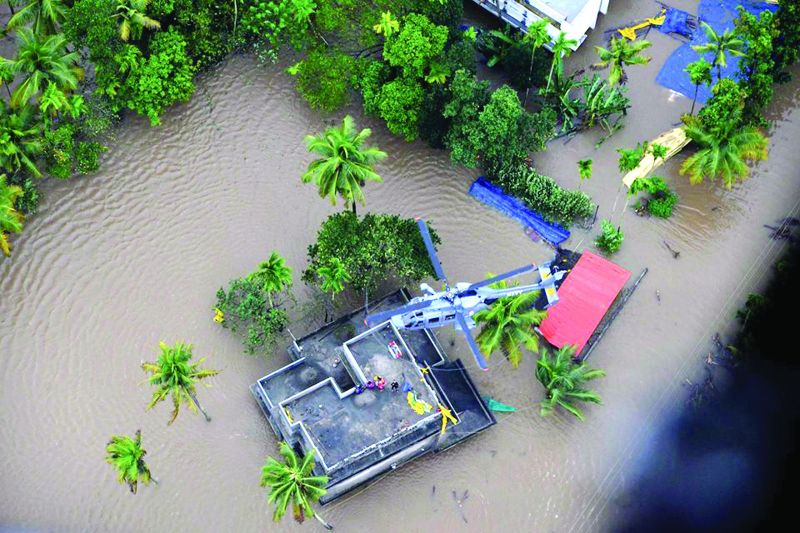 During all the rescue missions, the weather is the biggest hurdle that the security personnel have to face. During this one too, the roads were completely submerged and it was hard to identify the area. Also, most of the houses in these areas had roofs with tress works, which slashed any hope of spotting the people from choppers. The area surrounding the house from which Sajitha and another lady were rescued was heavily congested with trees and it was an uphill task to steady the chopper and lift her up.

While Navy choppers have been involved in some of the most daring rescue operations, this was one of the toughest operations Verma has been involved in. “She was tired and we knew it was a now or never situation as she needed immediate medical attention. So an expert checked her and we decided to take her in as fast as we can and flew to the hospital,” said Verma who was also part of the rescue operations during the Chennai floods. 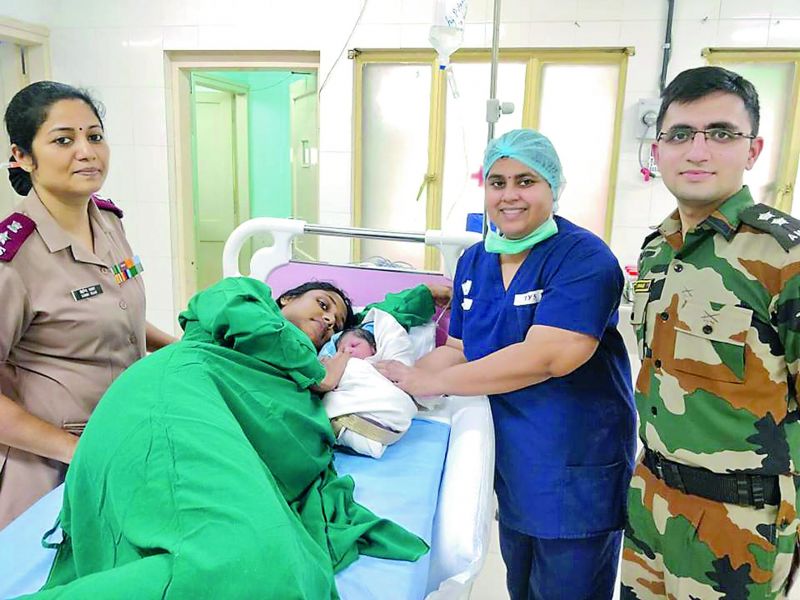 Sajitha with her newborn at hospital.

Unlike the Chennai floods, what made the Kerala flood more difficult for rescuers is the amount of distance they had to cover. The entire state was in distress and they had to work day and night in each district. LAFD Amit (Freediver), CHAFD Jasbir (winch operator), and Lt Bhardwaj (Co-pilot) were also with him during the operation. Verma has been teaching flying for the past 13 years and has been in service since 2000. The experience really played its part and being a Keralite, he could understand the topology well. The team later visited Sajitha at the hospital and interacted with her for a few minutes.

Then came the most overwhelming moment for the entire team in the form of a photograph that was shared by the Indian Navy’s Twitter account. Another helicopter that went through the same area where Vijay and his team rescued Sajitha and some other people saw a ‘Thank You’ note painted on the roof of the same house. The photo went viral and it underlined how the people of Kerala appreciated the effort by hundreds of dedicated officers and their uncompromising service during distress.

The Indian Navy, later on, published a report on the operations, saying, “This was the largest HADR operation undertaken by the SNC that lasted close to sixteen days, with a total of 16,843 persons having been rescued, of which 15,670 were by boat and 1,173 by air. The efforts peaked with 92 rescue teams with Gemini boats deployed in a day and aircraft undertaking sorties from daybreak to dusk without stopping,” the report read.