Here’s a peek at what went through the roof on new year’s this year and other year’s before. 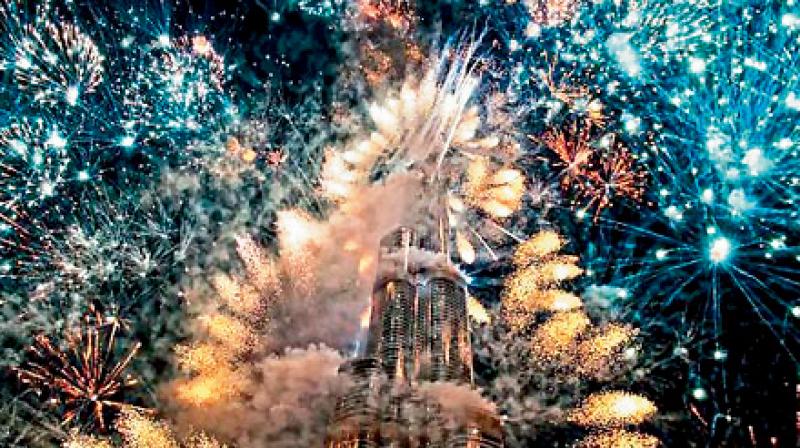 The most expensive in Dubai
Seven of the most expensive tables were offered to watch the Burj Khalifa fireworks in Dubai! And many would do anything to get a good view of the famed Burj Khalifa fireworks display. It has now become one of the most watched iconic New Year’s Eve celebrations on the planet. The show started at the stroke of midnight on December 31, 2016 and the theme this year was a celebration of national pride, serving as symbolic bridge between the present and future of Dubai. And bright strokes of fireworks with a spectacular display of pyrotechnics followed. Dubai was also ranked the most expensive place to celebrate New Year at Dh 2,240 per person.

2017 saw the most expensive fireworks
After Sydney splashed a record $7 million on its “biggest and best” ever New Year’s Eve fireworks display, London also sparkled with a spectacular show. Sydney saw red bursts cascading off the Harbour Bridge and special effects transforming the iconic structure into a giant Aboriginal flag. But London was not too far behind as thousands gathering on the banks of the River Thames to watch the unforgettable display light up the sky over Big Ben and the London eye. It cost £1.8 million and lasted just 11 minutes — significantly better value than the $7 million Sydney display which set ratepayers back more than $900,000 for the 15-minute show. London used 400 different types of firework to create 10,000 explosions. These were fired from the London Eye, three barges and 14 pontoons.

New Year’s Eve Twice in One Night — $210,000
Everyone wants to celebrate New Year, but in the past a company Private Fly offered twice the celebration for $210,000, or $14,000 per person — you start your New Year at 8 pm — in Sydney, Australia. Once you’ve seen in the New Year in style, at the Sydney Opera House, you and the crew board a private jet and fly back across the time zones to Los Angeles. Then, you do it all over again! 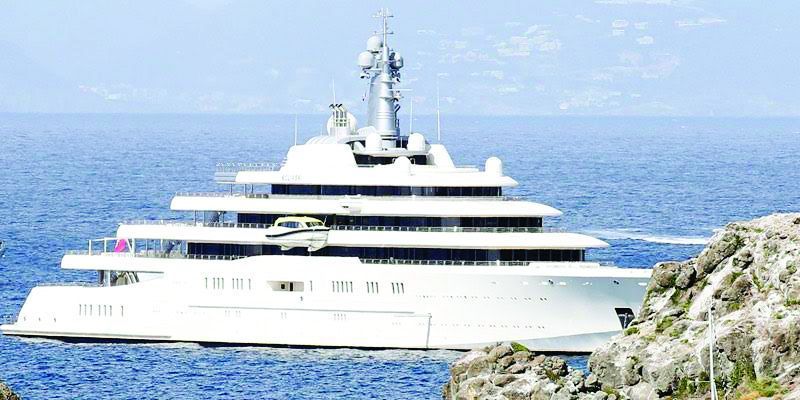 Roman Abramovich’s Bash — $7.6 Million
In 2010, the Russian oligarch threw quite the party at his $90 million estate. He booked the Red Hot Chili Peppers to provide the music for the evening. Most guests stayed on board his 536 foot super-yacht Eclipse, while others got the 377 foot yacht Luna. Supposedly, guests included George Lucas, Marc Jacobs, Jon Bon Jovi, and Jimmy Choo. There was plenty of caviar and sushi to go around. And it was all washed down with Cristal and Ruinart champagne. Of course, you and I had about as much chance of being on that guest list as we do of winning the lottery.

$45,000 Margaritaville Stay
Apparently Jimmy Buffett himself won’t make it, but patrons of this outrageous $22,500-per-night weekend in Miami can stay in the Buffett-approved presidential suite and charter a yacht with an open bar and spots for 11 friends who will definitely owe you for the rest of their lives. (Or just charge each of ’em $3,750.) A bonus: the hotel room comes with a private bartender — in your room — who’ll sling bloody marys to ease your hangovers.

$500,000 Justin Bieber-approved Miami Party
The Fontainebleau Miami Beach plays host to this outrageous five-day affair. For a cool $100,000 per night, you’ll get a 9,850 square-foot, multi-floor Sorrento Penthouse, boasting five bedrooms, six-plus baths, a private pool, jacuzzi, formal dining room and a full kitchen. Arise and head down to your private poolside cabana, where you’ll be plied with enough booze and food to fell an elephant. If you’ve saved any room, you can head to private dinners at the opulent restaurants in the hotel, such as Hakkasan, Scarpetta and StripSteak. Or snag the keys to a stable of Lamborghinis, Ferraris, McLarens and other supercars.