Back to the future

Generation next is all set to take over Bollywood as star kids grab eyes balls and media attention. 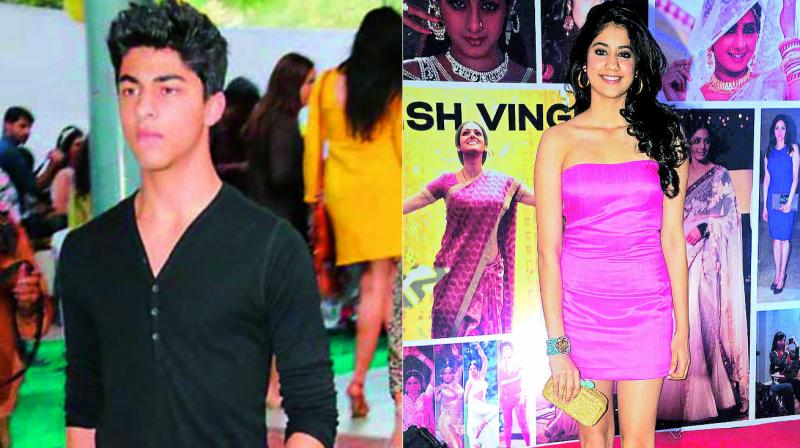 19-year-old Aryan Khan whose shirtless photographs flaunting perfect six packs evoke envious sighs is expected to carry his superstar dad SRK’s legacy forward, (right) 18-year-old Jahnvi Kapoor is as fashionable as her mum, Sridevi, and it was no surprise when her producer papa Boney Kapoor announced that she had been signed up by KJo.

Aarav Bhatia is only 14. But towers over his movie star turned best-selling author mom, Twinkle Khanna. And he has literally stepped into his star dad, Akshay Kumar’s shoes. A Black Belt holder in martial arts, this lean and light eyed teen garners as much attention as his star parents. Aarav is impeccably polite and sports a cheerful smile for the cameras. Dad Akshay Kumar is hesitant to commit on his son’s future plans. “He is too young. Right now he must concentrate on his studies,” he says, adding, “I hope he does join the industry because this industry is great. But he will have to make his own mark. I am there to guide him, but he has to do everything here on his own. But that’s thinking too far.”

In sharp contrast is 19-year-old Aryan Khan whose shirtless photographs flaunting perfect six packs evoke envious sighs and lustful gasps. Often poker faced, he rarely appears to smile even in personal pictures. The dashing scion of Shah Rukh’s kingdom is the much awaited crown prince, who will hopefully carry his superstar dad’s legacy forward. Filmmaker and family friend Karan Johar has stated, “Coming to the question on whether I am launching him, well, I certainly cannot answer that one now. First of all, he (Aryan) has to express his desire to become an actor. Whenever he is ready and if I am up to it, I would love to. I do not want to speak on his behalf.

He should be saying what it is that he wants to do. But if you ask me, I would say, I hope Aryan becomes a movie star. For me, he is a movie star. He was a star at the age of nine.” Meanwhile, the hunky Khan who can give his dad serious competition is studying filmmaking at the prestigious UCLA in the US.

Unlike her brother, 16-year-old Suhana Khan is determined to become an actress. The petite and charming girl is a miniature version of SRK. Suhana actively participates in school plays and plans to study acting at a film school abroad. Speaking about his kids’ Bollywood plans, SRK reveals, “Aryan is very young right now. He needs to complete his studies first. After that, he will make his own career choices. As of now, there are no plans of him getting launched in the industry. But my daughter Suhana wants to become an actress someday. She is very good in drama and she tells me, ‘Papa I’ll become an actress’. But I will never force her. Now she is busy finishing her studies and there’s a long way to go. But I will be happy if any of my kids become an actor.” 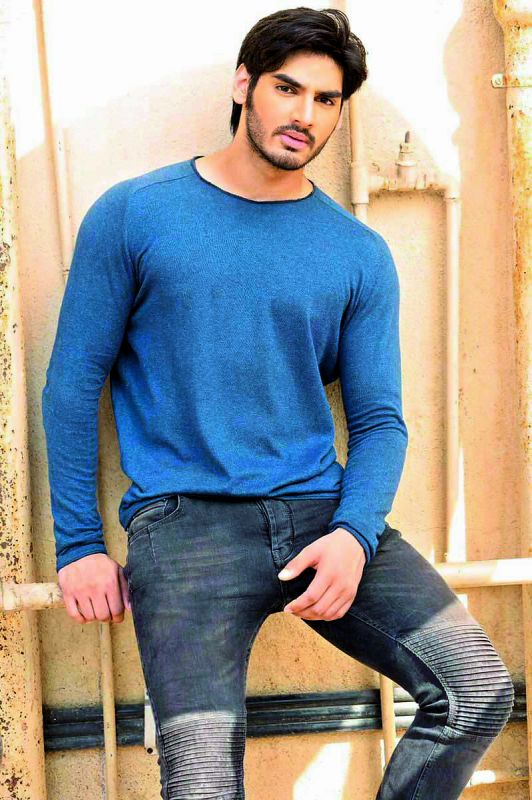 But while that may be the official stance right now, SRK does let it slip, “I am showing Aryan a lot of films now. I have made a folder which has all the great English classics like The Untouchables, Goodfellas and Michael Douglas’ Falling Down. For the moment, I am showing him English films. I have also made another folder that has Hindi classics like Sholay, Do Aakhen Barah Haath and Devdas — both Dilip Saab’s and mine. I want him to see more films and he does watch a lot of films including mine.”

This standard modus operandi is a clever strategy to keep the interest levels alive. Eighteen year old Jahnvi Kapoor is just as fashionable as her iconic mum, Sridevi. The attractive teenager is spotted in chic designer wear and wears a perennial haughty gaze, carefully constructed to project a mysterious star quality air just like her star mom. This one was Bollywood ready and it came as no surprise when her producer papa Boney Kapoor announced that she had been signed up by KJo.

The magical director with a golden wand is the hot favourite amongst star kids looking for a larger than life launch. Rumours of him launching another pretty young Bollywood kid, Sara Ali Khan have kept gossip mills buzzing all through the year. Sara, the stunning daughter of Saif Ali Khan and his former wife Amrita, is a Columbia University alumnus, who has always harboured ambitions of being a star.  Her dad Saif had once famously quipped, “Of course, I won’t have any problem. It is a wonderful profession. But I would have a problem with her leaving college and getting into movies. I would have her shot if she even thinks about leaving college.” 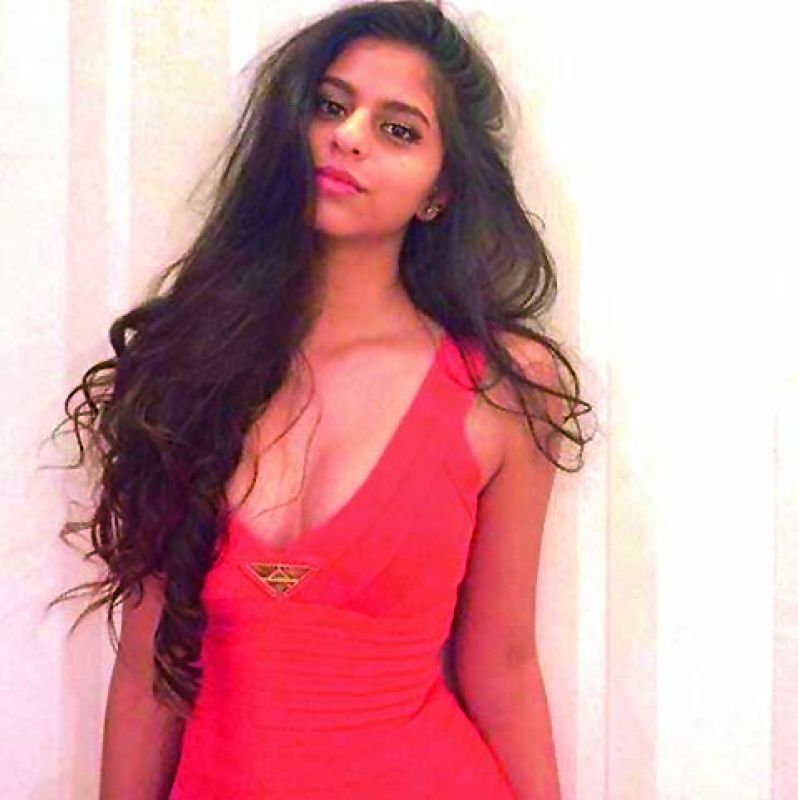 Sara has graduated and in the process lost over 10 kg to get Bollywood ready.

While we expect a formal announcement on this merger soon, another lucky star kid, actor Sunil Shetty’s strapping son Ahan has been signed by filmmaker Sajid Nadiadwalla for a three-film deal. Sunil is Bollywood’s favourite anna, so every top personality, from Salman to Akshay to Abhishek and even KJo wished Ahan on Twitter. Speaking about Ahan, Suniel reveals that his son is training and working hard. “Sajid is a close friend and my son is in completely safe hands. So I am looking forward it. I’ve told my kids nothing comes easy; choose the right films as the script dictates everything. But having said that, having a good production house matters too,” he says. 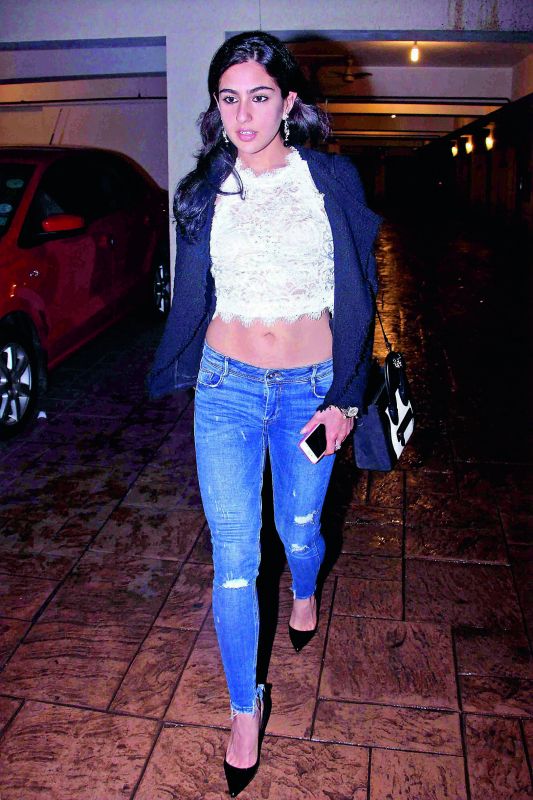 Bollywood actress Poonam Dhillon’s daughter 21-year-old daughter Paloma is a huge star on insta where she preens, pouts and poses like a star. No wonder there is considerable interest in her already. Right now though, her 24-year-old sibling, Anmol is all set to make his plunge. Like his sister, Anmol is lanky and toned with a fuzzy beard. Says Poonam, “My son and daughter are both interested. They are sweet, hardworking kids, focused. They are both doing acting workshops, voice training, working out, going for martial arts classes and doing so many things. My kids are good dancers. The exposure is intense, competition is intense. You can’t prepare or protect them too much. Certain disappointments will be there. My son is being selective as the first break is crucial. It has to be something that convinces him as an actor. While no one can guarantee success or failure, presentation is important. I am not recommending my kids to anyone as it would be silly to expect a friend to invest 30-40 crores, my son has to have the capability and talent that will give him space in the industry.”

Waiting in the wings

Sunny Deol’s son Karan, whose movie Pal Pal Dil Ke Paas is being shot in Delhi. The  Deols are still hunting for a leading day. Not much is known about Karan as the family is extremely tight-lipped and low profile.

Actress Bhagyashree’s cute looking son Abhimanyu Dassani has apparently been signed up by Phantom films. The 23-year-old is training in dance and action.