Don’t shy away from jaggery — the most inexpensive, easily accessible, healthy, natural sweetener. 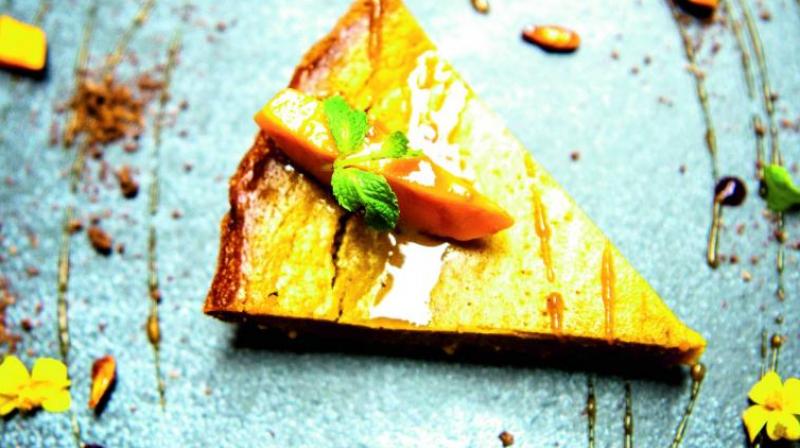 Found in every Indian kitchen and stored in large glass jars, jaggery is probably the most inexpensive, easily accessible and healthy option compared to processed white sugar which is almost bereft of nutrients and bleached to achieve this fake whiteness.

Well, let’s just say, if all the sugars in the world is cast in a movie, jaggery would be the protagonist. Research would back us up when we say that jaggery contains natural sources of minerals and vitamins inherently present in sugarcane juice and it’s known as the healthiest sugar in the world.

Let’s talk science. This might sound complex, but ironically jaggery makes the digestion process so simple since it is made up of longer chains of sucrose than regular sugar. Hence it digests slowly and provides energy slowly unlike the usual sugar rush provided by its infamous cousin, the regular sugar. This provides energy for a very long time.

An extract of sugar cane, jaggery is dehydrated sugar cane juice produced primarily in the rural areas by giant crushers run by bullocks. The crushed sugar cane is boiled until it solidifies; it is then rolled into rounds or chopped into blocks. The jaggery retains its unpurified status and holds all the qualities of the juice itself.

Luckily it is also manufactured in granulated form making it an easy addition in tea or coffee and other recipes.

Dark to light brown in colour, this wonder food is best eaten with bajra rotis when mixed with ghee to assimilate the nutrients of bajra in a better fashion.

“At home in Mangalore, as a kid I was exposed to lot of jaggery which was used in curries, jams, tea, coffee and sweet milk etc. It has a very distinctive earthy flavour to it, high in mineral content and other health benefits. There are different kinds and varieties of jaggery available in the market making it exciting to use, in order to get different flavour profiles. It adds a touch of nostalgia to the desserts we make as well,” says Chef Girish Nayak, Pastry Chef, Toast & Tonic & Olive Beach, Bengaluru.

At Mumbai’s 212 All Good, jaggery, because of its property as a natural sweetener finds its place in more than five dishes at this restaurant that is built from a promise to create incredibly wholesome food and drinks that are preservative-free. The All Bones & Skin is a pro-biotic shake made with fresh oranges and apricots, jaggery and yoghurt.

Pearl Millet & Oat Flapjacks is the ultimate breakfast meal, which is served with a stack of bananas, handful of, salted peanuts and drizzled with a jaggery caramel sauce. “The jaggery at 212 All Good finds its way in savoury dishes as well. The Egg White Omlette which is filled with the indulgent goat cheese, pine nuts and a jaggery balsamic reduction to create a mélange of flavours. The famous fall dessert, Pumpkin Pie is finished with a salted jaggery caramel sauce,” says Chef Paul Kinny.

HOW ITS TASTE DIFFERS FROM COMMERCIAL SUGARS

Commercial sugar does not have any flavour; it just adds sweetness to your dish and lot of calories! Using jaggery helps in adding flavour as well as the desired sweetness. Different variety/kinds of jaggery helps in adding different flavours like jaggery syrup, black jaggery, Nolen gur, yellow jaggery etc.  Thus they add a smoky, earthy flavour to the dishes they are used in. Moreover they also add distinctive colour to the finished product.

HOW TO USE JAGGERY IN A RECIPE

Cooking time and styles depend entirely on what it’s being used for. To make jaggery caramel, it takes a bit shorter time than commercial sugar but tends to crystalise very fast. “If used for cakes and cookies, we use jaggery powder and it’s similar to using regular commercial sugar, just that quantities change and takes a bit longer to cook than usual,” says Chef Girish.

A winter day and a spoonful of gur to warm the body either in milk or on a roti is a must! Also a great preventive for flus, cough and cold, jaggery also aids in digestion and helps bump up hemoglobin levels besides detoxifying the liver and helping combat constipation.

Eaten too many onions and have to go out? Gur acts as a mouth freshener after meals as it helps eliminate the odours of strong tasting foods like onion and garlic.

Method for the Crust
Preheat oven to 1760C. Oil a nine-inch tart pan and line with parchment paper or use five to six, four-inch non-stick paper tart pans

In a food processor, grind almonds, oats and oat flour together until pulverised to fine meal. In small bowl, combine maple syrup, salt and oil or butter, whisk until emulsified. Pour maple-oil mixture into food processor, pulsing to form cohesive dough. If dough is too moist to work with, transfer to fridge for five-10 minutes

Using fingers, press dough evenly into prepared pan. Blind bake with pie weights to prevent crust from puffing up. Bake 15-20 minutes or until edges of crust are browned. Set aside to cool.

Method for the filling
Preheat oven to 1800C. Place pumpkin puree in a large bowl. Add butter and mix well.

Beat on medium speed until mixture is smooth. Pour filling into unbaked pie crust. Bake about 45 minutes or until knife inserted in centre comes out clean. 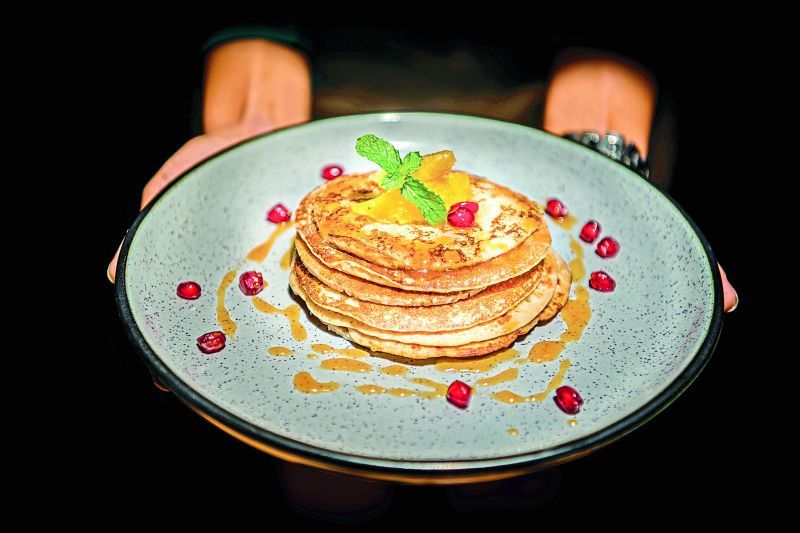 Bake for 10-50 minutes or until toothpick inserted in the middle comes out dry. Cool in a pan for 15 minutes and transfer to cooling rack.

Slice into one-inch thick slices and set aside. Make a batter with eggs, honey, milk. Prepare a caramel sauce by melting jaggery, milk and a pinch of salt on a low flame till thick. Serve with drizzle of jaggery caramel and orange segment.