I know that I am blessed, says Kajol 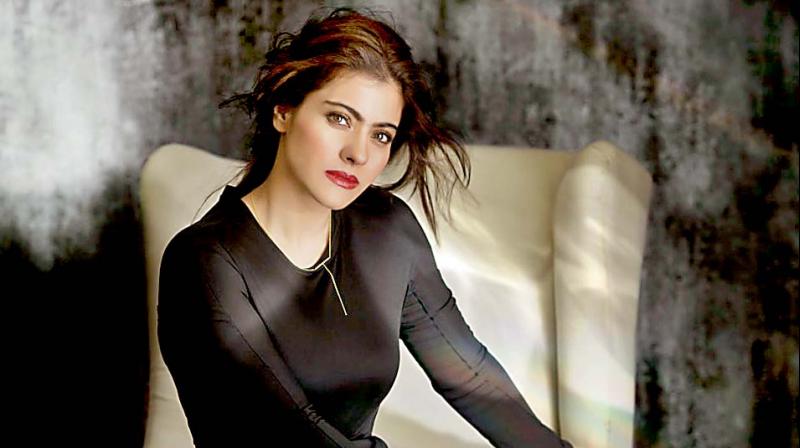 She ruled hearts with her intense eyes and endearing ways when she first entered Bollywood in the 90’s. Now, 26 years later, she’s one of the few actresses of her era who has managed to remain relevant. Ahead of the release of her film Helicopter Eela, Kajol talks to us about box office success, motherhood and everything in between.

You are quite selective in the projects you take up. What made you choose Helicopter Eela?
Honestly, I loved the script and the idea behind it. I loved the fact that it was not a preachy film. When Anand narrated the story to me, I knew that I would be able to do something cool and fun with it. So I immediately said yes.

As an actor with such a great body of work behind you, Do you think you have anything left to prove?
I have never tried to prove anything to anybody. I’ve always enjoyed the process and had fun making movies. And I would love to continue doing good work. Most importantly, I hope and pray that I am still relevant and that I continue to remain so.

How important is box office success for you?
For me, content and box office numbers are like a wonderful marriage. It can never be completely about either one of them. I think movies should be entertaining, and that’s my only criteria for the films I choose to do and the films I choose to watch. A film should transport the audience to another place in the nicest, happiest way and it should be paisa-wasool.

There are people who have lost their homes and their businesses because of a film not doing well, so you have to take numbers into consideration too.

You have had such a successful journey as an actress, Have you ever considered writing an autobiography?
I don’t think I am game for that. I am happy living my life and enjoying myself at the moment. I don’t want to sit down to write a memoir and think about all the things I’ve done in the past and how I felt at that point in time. Life is about learning and moving forward, not being stuck in a particular time or state of mind.

Many successful actors have spoken openly about their struggles with depression. Have you ever felt that way?
Depression is a big word. I have felt low, of course, I’ve wondered, “What the hell am I doing here?” There have been times when I have needed a break, but that’s not been on a regular basis. I pretty much live in the here and now, and I count my blessing every day of my life. I think the circumstances of life may not be ideal, but how you remember it is a matter of perspective. I know for a fact that I am blessed.

How have 19 years of marriage been?
Yes, it’s been a while. Touch wood, we both still work towards building a life together, and we both believe in the same things.

Has becoming a mother made you more tolerant?
It has made me tolerant in some ways, but more importantly, it has made me patient. Now, if I hear a child screaming on a flight, I don’t get irritated, I feel like helping them out.

My children have changed my perspective on things. One day, my daughter sat me down and told me how important it is for an actor to be active on social media. She’s 13, and she says, “You don’t understand, this is the new age.” My kids are like my two hands.

Being a mother has also made me more sensitive in some ways. I don’t like to watch movies or even read about child abuse, harassment and rape. All of it upsets me on a deep level.

Does ageing scare you?
I don’t think ageing has anything to do with wrinkles, puffiness, or anything like that. It has to do with a certain boredom that sets into your eyes. The first place that you notice signs of ageing are in a person’s eyes – they look like they just don’t want to be there anymore. They look dead and tired. Meanwhile, I see my mother who is so lively even at 75! She loves her life.