Invading the world with futuristic technology

Let’s look at a few futuristic technologies that will soon unravel its magic in our lives. 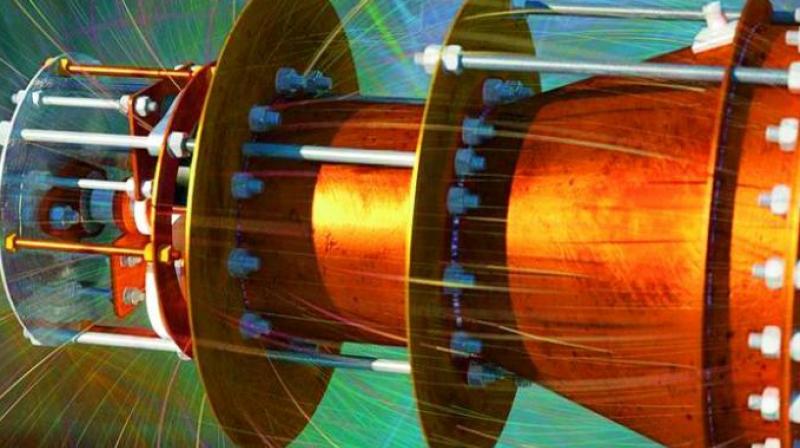 The coming years will see much advance technologies venturing into our day-to-day lives. The surge of technology will inevitably make the world resemble the science fiction movies that we’ve cherished. Let’s look at a few futuristic technologies that will soon unravel its magic in our lives.

1. ‘Multi’, created by German elevator manufacturer ThyssenKrupp, is a new technology hailed as the biggest development in the industry. It will reduce waiting times for passengers. What innovation?

2. The thinkers of this stream study the potential benefits and dangers of futuristic technologies. Julian Huxley is regarded as the founder of this. It is a way of thinking about the future that is based on the premise that the human species is still evolving. Identify the term.

3. Henry Ford quoted in 1940, “Mark my word._______ will come in the future”. Companies like EHang, Terrafugia, Vahana, and Zee Aero are racing to launch them. Elevate, Lilium and Pop Up are some of the popular variants. What are we talking about?

4. This technology by Roger Shawyer is a space propulsion technology. It is the key to interstellar travel, and will reduce travel time across our solar system. The entire concept is inconsistent with Newton’s conservation of momentum. What is it?

5. Elon Musk popularised the idea in 2013. This is a proposed system of transport that would see containers travel at high speeds through a tube. The train pods would either float using magnetic levitation technology or float using air caster skis. Identify.

6. Ford is currently using this technology to make large selections of its car parts for testing. According to Ford, the company can save up to $493,000 a month of work with this method. Chuck Hull's, 1984 process called “Stereolithography” and “Materialise” CEO Fried Vancraen’s works were precursors of this technology. Identify.

7. This term refers to the direct transfer of a quantum state from one location to another. The Chinese created a record when they sent a packet of information from Tibet to a satellite in orbit. Identify.

8. It is a hybrid reality environment that helps artists, scientists and engineers. It is a 3600 wraparound structure to virtually experience and move through anything, whether it’s the human body or planets in the solar system. Identify.

9. This ground-breaking nanotechnology company unveiled a next-generation battery that harnesses nanotechnology and energy storage technologies. It uses bio-organic “Nanodots” that have increased electrode capacitance and electrolyte performance. The battery can be charged in 30 seconds. Identify the company.

10. Dmitry Itskov, the Russian internet millionaire is trying to change nothing less than our destiny, by doing this. He is behind the “2045 Initiative”, an ambitious experiment to bring about immortality within the next 30 years. Identify his innovation.

11. It is the future technology of laundry. This is a connected clothes peg. It has a thermometer, UV sensor and humidity detector. These track the weather and triggers alerts to your phone when it rains. Identify the product.

12. A viral design of Russian inventor Dahir Semenov has attracted the world’s attention. He has a long track record of terrifying visions of future technology. The new thing rescues a skyscraper in 2037 by elevating

13. One of the descriptions of this idea is said to have appeared in the novel Virtual Light. The origin of its key word means to enhance something. It requires you to inhabit an existing natural environment where virtual information provides assistance in everyday activities. Identify.

14. One of the few people on the planet who has spent considerable time wearing this emerging technology is Steven Sanchez, Chief Pilot for suitX. It is a wearable mobile machine that is a combination of technologies that allow for limb movement with increased endurance. Identify.