From personal flying drones to Meglav and Hyperloop trains, the future looks promising in the superfast lane. 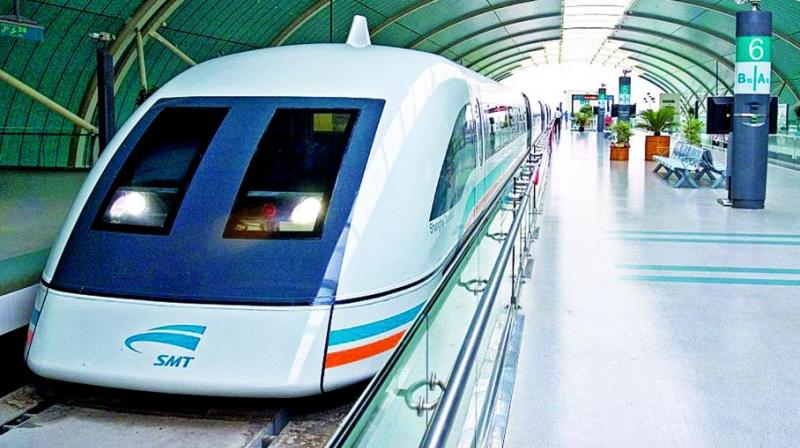 The future isn’t just here for point-and-click gratification, it’s changing the way we live and move in the public space. Smart public and private partnerships and leaps forward in computing and electronic technology are paying dividends in public transportation, housing and in the future, perhaps even in personal transport. We may see flying cars around us but they probably won’t let us drive them.

In particular, the move toward autonomous technologies in cars, public transportation and aviation are changing the dynamic of private transportation as well. Do you really need to “own” a vehicle if it drives itself? Will vehicles themselves be a form of infrastructure in the future?

Life in the superfast lane

The new Maglev and Hyperloop transportation is the talk of the town. The Maglev technology uses superconductive magnets to levitate an entire train over tracks, thus reducing friction. Maglev trains can achieve high speeds of up to 600 kmph.

Even more futuristic is Hyperloop technology, which transports pods of passenger or cargo vehicles through a metal tube in near-vacuum conditions. Hyperloop pods can reach speeds of up to 1000 kmph, compared with commercial airlines. And this is not a pipe dream (pun unintended). The governments of Maharashtra, Karnataka and Andhra Pradesh have begun exploring the feasibility of such a transport system already.

Posed as a challenge by Elon Musk, an American billionaire investor and entrepreneur in electric and space technologies, India has been seeing the ongoing indigenous development of Hyperloop technology, and the future may be here sooner than later. 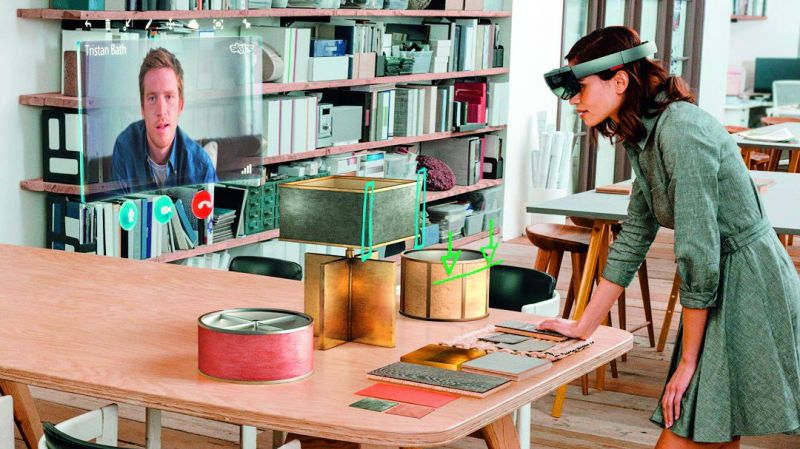 Now this is one gadget which has more character than fake concrete bonds in the virtual space. We all know about virtual reality thanks to Google Cardboard, but the technology has its limitations as you can’t interact with things around you and you can’t move around. Microsoft has something that is just a little bit better and it’s called HoloLens. The augmented reality (AR) device scans your surrounding with its built-in camera and creates a virtual overlay or your room. Here you can interact with virtual pets, learn new skills in real-time and even game. But unlike, VR where your vision is obstructed by a cell phone, the HoloLens lets you see your room. This means you can move around and interact with the objects around.

The gadget is loaded with Windows 10 so it pretty much runs any programme you can throw at it. Implementation is still a little crude so web browsing and editing excel sheets may be troublesome.

While still in the development stage this technology shows great potential. Microsoft created the tech based on their findings with Xbox Kinect. The lens is fully self-contained and doesn’t need to be connected to a phone. The HoloLens is pricey though, at $3,000 this device isn’t ready for mass market yet, but developers are lapping it up and creating a decent library of apps. 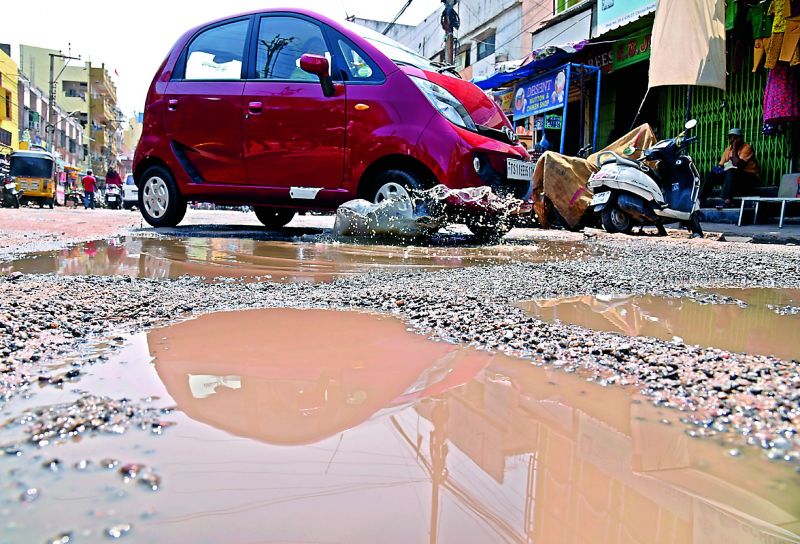 Inconvenience caused due to potholes could now be a thing of the past. A group of Dutch researchers may have come up with a solution that would let the roads repair themselves. Sounds interesting? Delft University’s Erik Schlangen told the Vox Media publication, The Verge, that they are developing and close to testing self-repairing or “healing” asphalt.

They would double their duties through a combination of conductive steel fibers and bacteria. Those will work together to fix all those small cracks on the road, they will also send power electronic vehicles driving on the surface, reported Endurance Warranty.com. The roads would be able to charge your vehicles when stuck in traffic, giving EV owners more time on the road. However, the researchers estimate that these futuristic roads may cost 25 per cent more than regular roads. 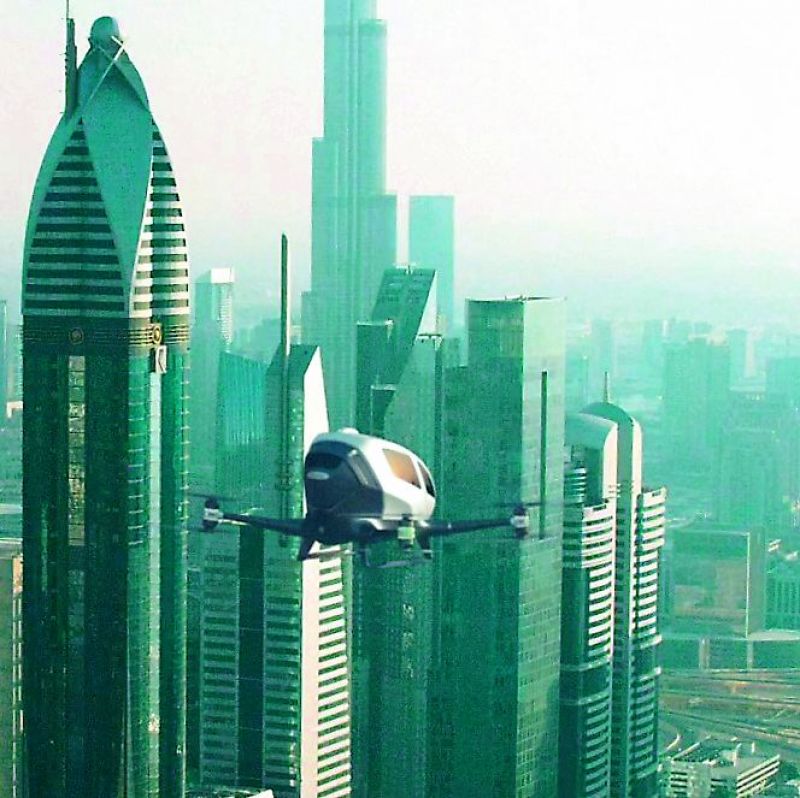 The drone technology has really taken giant leaps forward in a few short years. Radio-controlled hobby aircrafts are not new, but sophisticated, nearly autonomous flying cameras are. Small, cheap drones are so capable today that the Indian government had temporarily banned them until recently, till they could figure out how to license and regulate their use. Thanks to rapid advances in drones for camera and survey, companies today are already testing prototype autonomous drones that can transport humans for short distances. Chinese company Ehang showed a prototype of such a drone last year  — the Ehang 184 — that can carry one person for short flights up to 23 minutes. There are no flying controls at all. You punch in the destination and the drone takes you there.

Ehang’s idea is that there will be ground-based command centres that will ensure the drones get wherever they’re going and as a backup, but the regulatory hurdles are many, and it will be some years before this becomes a reality. Under the current structure, it appears the autonomous drone won’'t be sold to private customers. 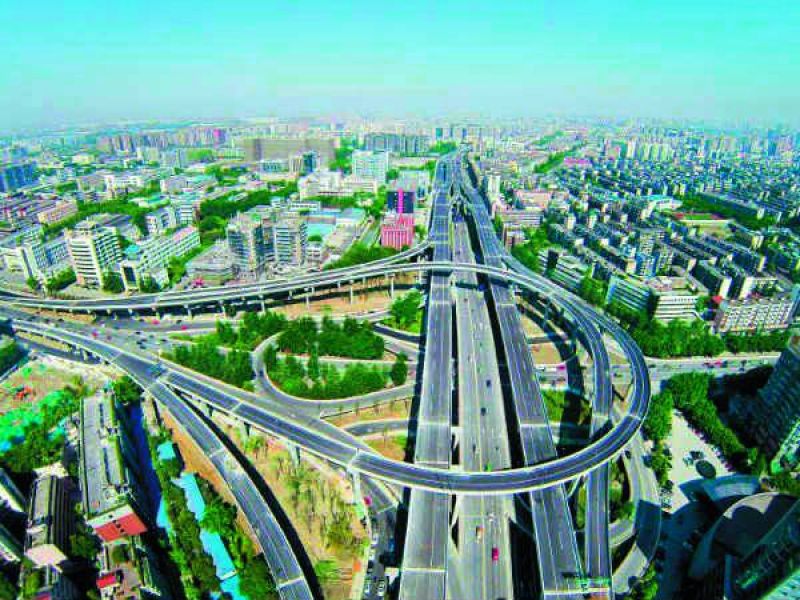 One for the road

Roads with embedded induction loops near signals can detect approaching cars, take into account other data input about traffic conditions and control signals accordingly. This tech has been in use in Delhi, Bengaluru and Kolkata previously.

When combined with the surplus of CCTV cameras we’re seeing every day, induction loops can detect vehicles of various types, trigger cameras and effectively identify traffic violators. Now you have an idea about how they’re sending you traffic fines directly to your homes.