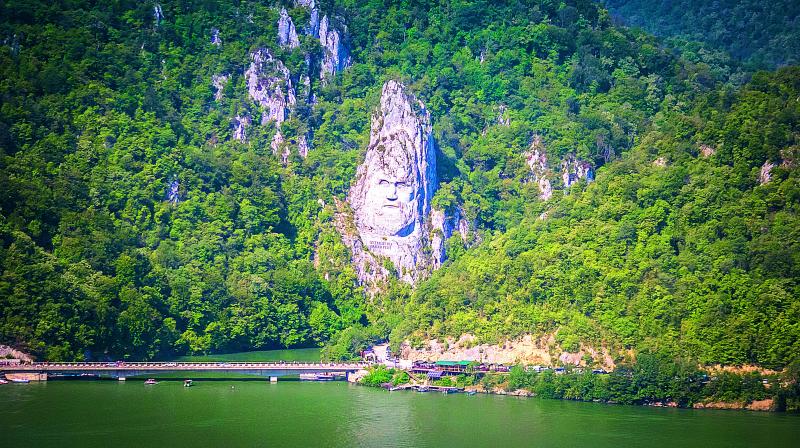 For centuries, the Danube has both divided and united the European continent, acting as a natural border between countries and empires. Flowing through 10 countries, it exhibits its amoebic personality in Serbia – fluctuating from the widest to narrowest to deepest.  Though the Serbian region of the Danube is largely unknown to most tourists, it is still highly accessible and a great way to explore the adventurous, historical and cultural side of the region. So when an opportunity of a three-day excursion from Belgrade to Kladovo and back came up, I was excited about the adventure.

Exploring the mighty river is like having a wild, active adventure in an open-air museum— ancient fortresses, prehistoric archaeological ruins, timeless cities and spectacular national parks bejewel the meandering river, best viewed from the water. 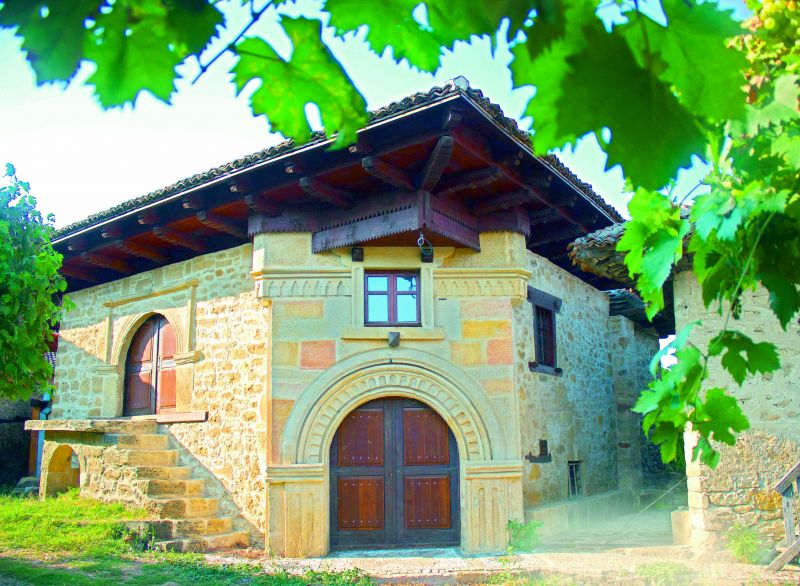 I boarded the Aquastar Maxim Cruiser from Belgrade and as I crossed the beautiful Belgrade Fortress, Smederevo— the point where Morava and Danube rivers meet, appeared before me. The confluence also has a historical significance. Shedding more light on the historical relevance of the place, my travel guide Sara Damnjanovic Stanišic informed me that Smederevo was a strategic location, chosen as a site for building the Smederevo Fortress in the 15th century to protect the Hungarian empire from Ottoman attacks. It was built on a steep slope surrounded by water on three sides and was defended by 25 towers. For a brief period, it even became the capital of erstwhile Hungarian Empire when Belgrade fell into the hands of Turks.

As our cruise entered the Djerdap National Park, the imposing 15th-century Golubac Fortress came into sight. But it is the impressive Iron Gates gorge that’s the park’s main draw. The 100-kilometre-long gorge, surrounded by barren limestone cliffs, is also the deepest in Europe and until the construction of two dams in 1971, it was almost not navigable.  We sailed through the park and as we inched closer to Koldova, an area peppered with monasteries and a massive rock sculpture of the last Dacian King, Decebalus rose before us. 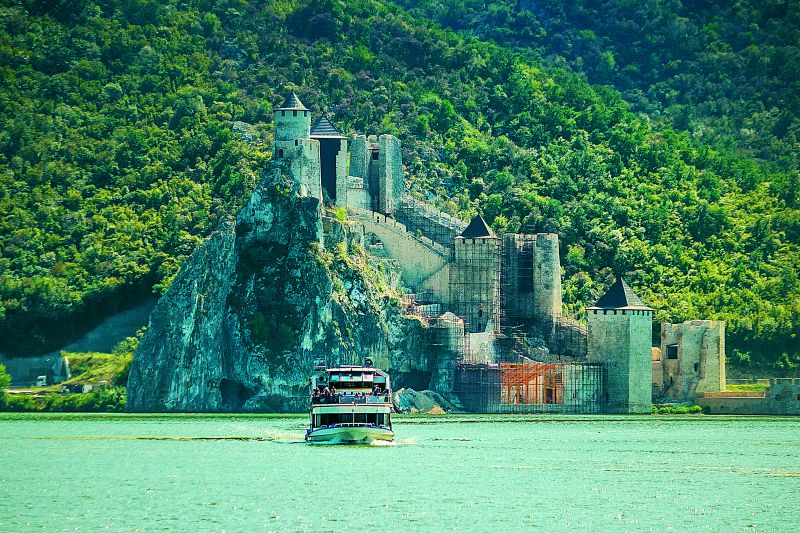 A short bus transfer from Tekija took us to Kladovo and as we drove to reach the remote village of Vratna, we crossed three gigantic stone arches known as the Vratna Gates, that have been moulded by erosion in the Vratna river canyon. The gates are said to be the highest nature-made stone bridges in Europe and the only way to reach these gates are by hiking through the forest from the serene 14th-century Vratna Monastery. The hiking worked my appetite and we stopped at the timeworn streets of Rajac Village. Set in the Negotin region in the Danube’s hinterland, wine-making here goes back to the 3rd century and still has 400-year-old wine cellars made of stone and partially buried into the ground. After sampling local wine and a scrumptious local Serbian lunch, we reluctantly drove back towards Kladovo.

On the last day of the tour, we drove along the Danube to arrive at the archaeological site of Lepenski Vir, located on the right bank of the river. As we roamed around the historical site, the local guide explained that Lepenski Vir is one of the largest and most significant prehistoric archaeological sites in the world from the Stone Age. The culture of the area is considered to be around 8.5 millennia old and is a cradle of archaeological discoveries that have changed our knowledge about the early Stone Age in Europe. 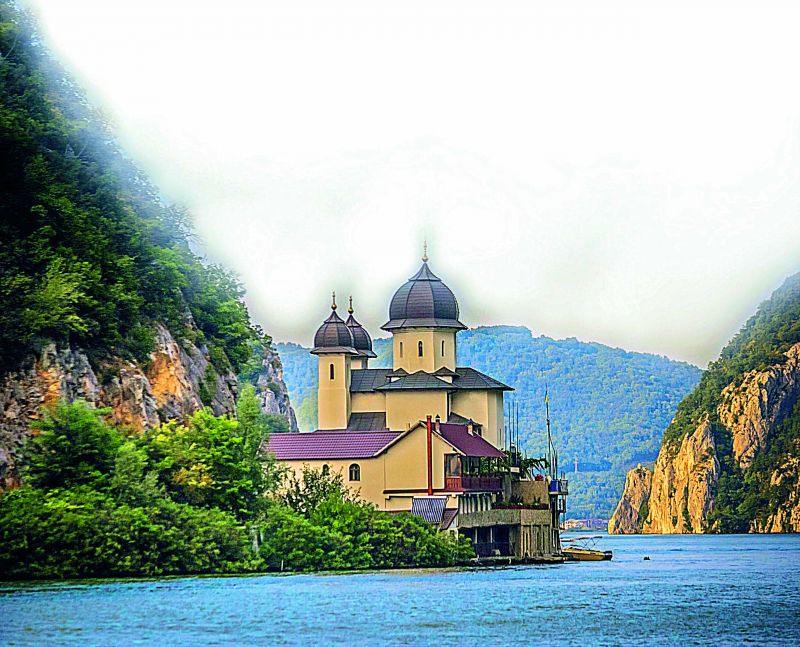 After our brief history lesson, we stopped by the ethno eco-complex called ‘Captain Misa’s Hill’, owned by the world-famous sculptor, Zika. As he gave a tour of the complex, my eyes wandered to his bare feet. Noticing my inquisitiveness, he revealed how he remains barefoot from spring to autumn in order to get “positive energy from the ground.” The artist was overjoyed to meet an Indian tourist and shared his most cherished memory of hosting former Prime Minister Indira Gandhi, who visited Serbia when Yugoslavian President Tito was in power. As I roamed around the property, I couldn’t help but get awed by the 400 pieces of wooden sculptures carved by Zika himself, self-taught artist. Bidding him goodbye, we proceeded towards Viminacium, our last stop in the journey. Viminacium is one of the most important Roman towns and military encampments from the 1st to the 6th century. The ancient city is situated at a location where the river Mlava empties itself into the Danube. This was one of the strategic locations for the Roman Empire. As I stood admiring the past, savouring the last few moments of my trip, I realised that I had barely scratched the surface of this amazing region.