Age on Sunday   06 Jun 2020  Made in India still special, says Milind Soman about the iconic song
Age on Sunday 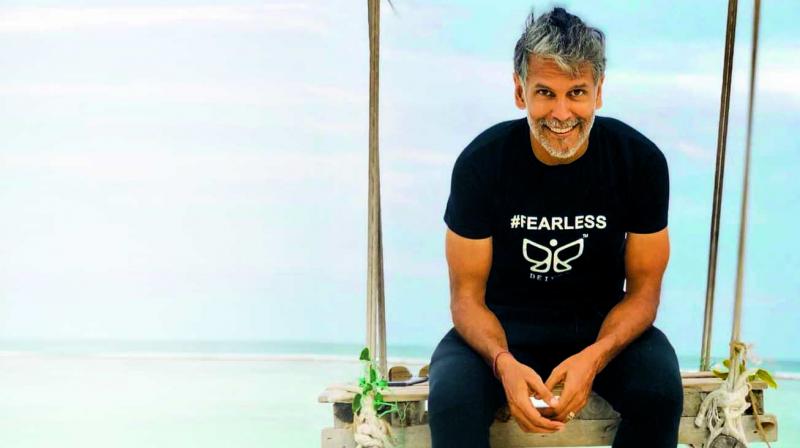 In the book, Soman discusses adversities but says that he himself hasn’t had to struggle too much

Milind Soman can truly do it all — the 54-year-old has been an actor, fashion model, sportsperson, motivational speaker, and an influencer throughout his career, and now, he has officially turned an author as well. In his new memoir Made In India, the Ironman breaks down his career journey while commemorating 25 years of the iconic music video by the same name.

Revealing how the memoir came to be, Soman says, “Five-six years ago, Penguin Publishing House came to me to write a book about me and I was like, ‘I don’t have anything’. So for the next four-five years, I was exploring what to do with that. There is no message in the book as such; in fact, I don’t want to give any advice. It’s important that people go through their own struggles and then learn, so it’s not a self-help book. It’s about my experiences, and if you get something out of it, then that’s great.”

As for the book’s title, the 54-year-old shares that it was inspired by the iconic 1995 music video by singer Alisha Chinai.

“People come to me often saying that they know me because of the song Made in India. And since it has completed 25 years, I wanted to commemorate it with the book. It was later that I realised the impact of that video and how many people have loved that video and my part in it. So it became special over the years,” he explains.

In the book, Soman discusses adversities but says that he himself hasn’t had to struggle too much.

When asked his definition of a struggle, he opines, “I feel struggle can be something that life throws at you or something that you choose. Sport is an important thing for me and there’s a lot of effort put into what I have become, but I chose to do that so that’s not a struggle. On the other hand, would this have been the same if I weren’t good at what I am doing? So then the struggle starts.”

In spite of being a household name across India, the sportsman in Made In India posits that he is a misfit in the world. “I think it is because I have done things that no one has done before. Whether it was doing that controversial ad, (posing nude in a print ad with former Miss India and ex-girlfriend Madhu Sapre), music videos, or running a marathon as a celebrity or becoming Ultraman at 50 — everything is a challenge. My views are also different — for instance, I say Ironman challenge is easy but people say it is tough. I love challenging myself in all different ways and I think that makes me different and a misfit,” he explains, adding that other people’s judgment doesn’t affect him at all. “What people say to me has never mattered. People who talk about me don’t know who I am and how I think. I am a very objective person and I don’t see myself as something to be protected because I don’t need to protect myself. I don’t feel offended because I do consider that I am a public figure and I am open to all kinds of comments and attacks. It is amusing at times,” he chuckles.

Soman in his memoir also talks about the evolution of the entertainment and modelling industries since his start in 1990.

“Everything has evolved. What’s interesting is that a lot of good things and towering personalities have come out in 70-80s, and today there is a lot of interpretation, but little originality. We also have more efficiency and ideas to make money today and I think that has limited our ideas. We want to play it safe because if something doesn’t secure money, we don’t want to touch it,” he says about the film industry, adding that models are not the same today either. “The way models have done back in the 80s, there are no models like them. Designers and models were huge, and people at that time wanted larger than life personalities, but now you don’t have that,” he notes before signing off.