Boys and their beauty toys

Cosmetic surgeries are no longer the exclusive domain of women. 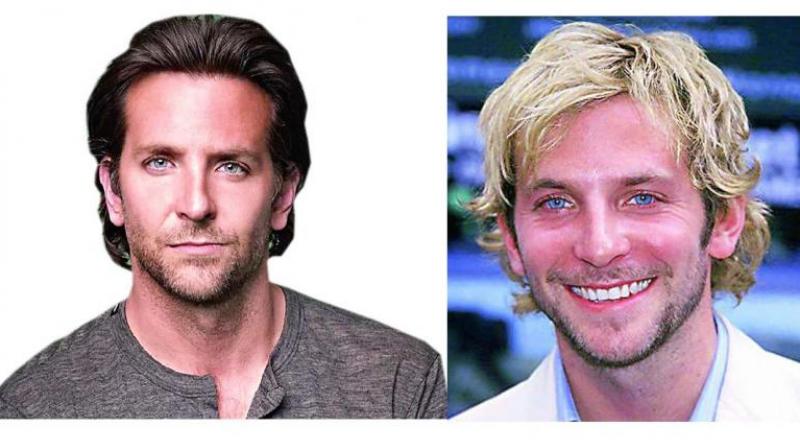 Blame it on the fashion glossies. Body beautiful is now a picture perfect paradigm with no room for the sightest flaw or blemish.  Photo-shopped images of Bollywood stars with flawless skin, lustrous hair, bee-stung lips and killer cheekbones are visuals of perfection that reality struggles to match up to. It results in body issues. And has ladies heading to cosmetic surgeons for discreet cosmetic procedures to correct so-called flaws. And now, the men, more conscious than ever before about their appearance, want to match those ideals of male beauty too. So perceptions may place the female sex at the top of the plastic surgery game, but the two sexes are virtually running neck to neck in the race for body beautiful.

International research states that men with moolah and a healthy dose of vanity are more than willing to splurge thousands of dollars to modify their looks and remain youthful. The internet is abuzz with examples of Hollywood personalities opting for plastic surgeries. Unconfirmed reports offer pictorial proof indicating that actor Bradley Cooper may have had a nose job to enhance his good looks.

Hollywood actor Rupert Everett may vociferously claim he has had no surgery but his (before and after) pictures tell a different story. “Men too want to put their best face forward. Men too want to look their best at meetings, conferences, in the super market, at a game and in their day to day activities. The tech world especially consisting of HNIs is no stranger to this phenomenon of cosmetic surgery and cosmetology,” says cosmetic surgeon Dr Sameer Karkhanis, who runs the Centre for Cosmetic and Reconstructive Surgery in Mumbai. Cosmetic procedures have more than tripled over the past decade, according to the American Society for Aesthetic Plastic Surgery, and the presence of botoxed beauties (technically referred to as neurotoxin procedures or use of injectables like Botox) has more than doubled from 2010 to 2016. In particular, the tech campuses of Silicon Valley have become a boon for discreet cosmetologists.  In India, the focus has always been on female actors and celebrities enhancing their looks, while their male counterparts have managed to keep their tummy tucks and hair transplants under wraps. So rumours of an Aamir Khan or SRK opting for a subtle makeover is quickly dismissed in order to keep their macho image intact.

While our desi techies do not appear to be as gung ho about cosmetic changes as their western counterparts, the awareness has begun. “The cosmetic industry is growing, there is a lot of competition and clinics are mushrooming everywhere and the importance attached to looks and beauty is not just limited to showbiz sector. We are in the age of social media and we live digital lives, so everyone is an influencer and ambassador for their own group of followers. The awareness and acceptance of cosmetic treatments such as botox and fillers is increasing everyday and people are not shying away from speaking about and showcasing such treatments anymore, thanks to the phenomenon started by social media divas like Kim Kardashian,” reveals Shuba Dharmana, Bengaluru-based cosmetic dermatologist.

Endorsing her views is Dr Chytra Anand, cosmetic dermatologist, who adds, “The look good industry is definitely on the rise with men seeking cosmetic enhancements… and more women opting for it than before. It is to correct a deficit or support the face as we age. After all people colour their hair to camouflage their grey, so why not clean up dark circles or wrinkles? Appearance does matter. Hence, the increase in men and women seeking these procedures to look good and be presentable.” So what are the cosmetic procedures popular in India today? Specialists unanimously admit that brotox, eye lid surgery, neck lifts, male breast reduction and cool sculpting are on the rise. Ambrosia, referring to the biotech startup that offers a form of parabiosis — transfusing adults with the blood of 16- to 25-year-olds — is getting popular abroad.  In India, younger people, especially men, are willing to do what it takes to up the glamour game. “In a year, around 400 people come for cosmetic surgery. Of them, almost 70 per cent are men, with majority being in the age group of 20 to 40. It is not just celebrities or socialites who opt for cosmetic surgery now but also common folk. Five years ago, 70 per cent women and 30 per cent men used to come for cosmetic surgery but now it is 55 per cent women and 45 per cent men,” says Dr Viral Desai, cosmetic and plastic surgeon, Mumbai.  The most common treatments Indian men seek are still hair transplantation and hair regrowth therapies, laser hair removal for beard, back and chest, liposuction for love handles, male breast reduction and rhinoplasty. 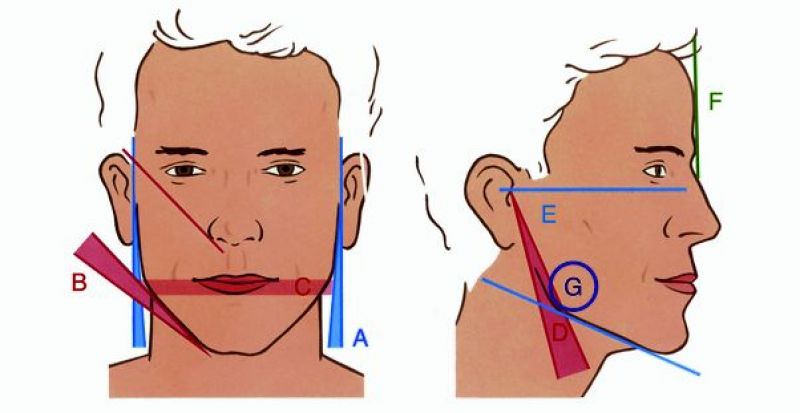 MUSCULAR Treatment: Toning the chest and the glutes, gynecomastia, and pectoral implants (a procedure used to remove fatty tissues around the breasts). 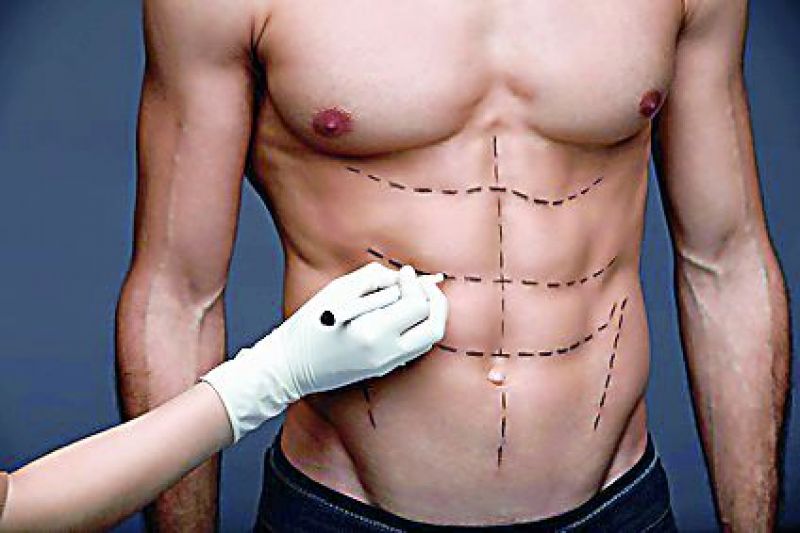 Other treatments on the rise apart from the above mentioned treatments are creation of a six-pack surgically, chin and cheek implants and dimple creation.

Experts reveal that the cost of cosmetic surgery in India is one of the cheapest in the world. “This is not just true about one, but almost all types of cosmetic and plastic surgery procedures conducted in India. Face lift, rhinoplasty, liposuction and tummy tuck are the four most popular cosmetic procedures among medical tourists. The top hospitals for plastic surgery in India conduct these procedures at just a fraction of what it costs in Western countries,” says Dr Virat. Concurring with him, Dr Sameer adds, “Indian males are willing to spend quite a bundle on their looks and body image if they are convinced it’s getting in the way of their career, job prospects or life in general. They are probably just as driven as their international counterparts.”

Looking good and feeling good is alright as long as people do not go overboard with it.  “And since it is a surgical procedure, care must be taken that a highly skilled and efficient surgeon is consulted to ensure a top quality job,” says Viral. Dr Shubha believes that post-surgery follow up with men is often poor and that leaves them at risk of getting a poor result from a procedure. “If they can follow up on the treatment instructions, follow good sun care and use good skin care products, women will soon see the opposite sex sporting skin they will be envious of!” Looks like the battle of the sexes  has taken on a different meaning
altogether! 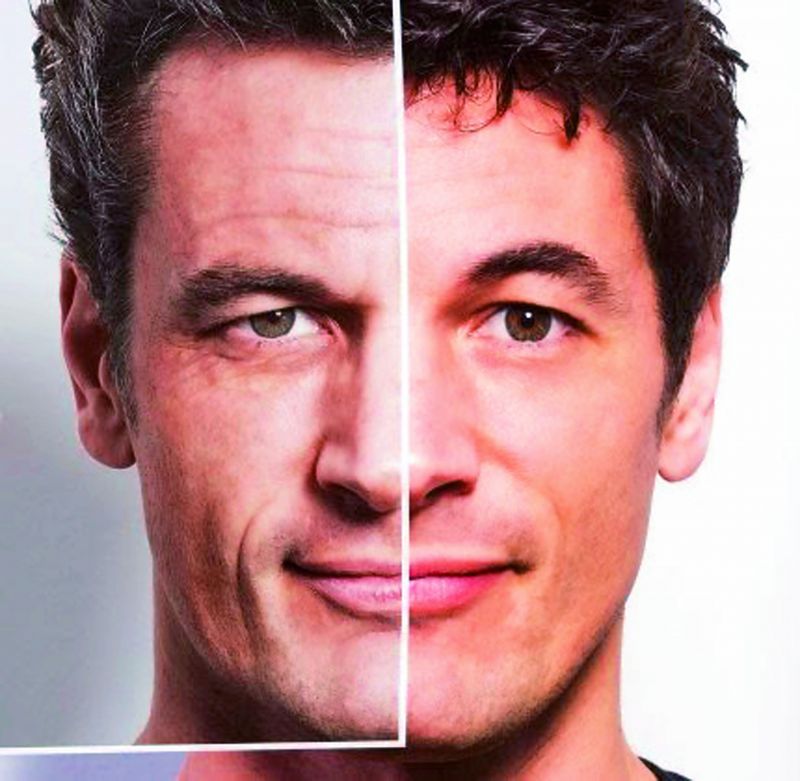 The Adolescent Years
During adolescent years, otoplasty (surgery to restore or enhance appearance of ears) is a common surgery performed in children under 10 years of age. When a person’s ears stick out, otoplasty can be performed to pin the ears back. This surgery is usually done for children to avoid the social embarrassment that can come with ‘Dumbo Ears’.

The Teenage Years
During teenage years, the most common cosmetic surgeries performed include rhinoplasty (nose surgery), scar revision and the occasional breast reduction.

The 30s
Patients in their 30s generally seek out liposuction and hair transplant
The 40s
Individuals in their 40s are generally seeking procedures that will restore a youthful look. Common procedures in this age group turn to fillers and injectables, including Juvederm, Restalin, and Botox or surgical face lift.

The 50s and Later Years
During their 50s, patients are usually seeking eyelid surgery, or blepharoplasty, as well as more injectables and fillers. Throughout the later decades of life, people are mostly Interested in facelift, neck lift, and laser resurfacing of the face in an attempt to turn back the clock by 8 to 10 years.

Most of the procedures are available in India unless the client/patient is specific about doing it abroad and with a specific surgeon. There is no denying that cosmetic surgery is on the rise and the trend is intact worldwide. “The number increase in India will be a lot more as compared to the other countries just because of the sheer population we have. The quest for looking good transcends the sexes and is just as important for the Indian man as it is for the Indian woman today,” points out Dr Sameer.

The desire to look good is no longer a feminine trait alone. Indian men are equally vain, perhaps a tad more discreet about cosmetic procedures unlike their female counterparts. “They are a little more apprehensive than women only because they do not know how to cover up if they have a bruise or a swelling from a treatment which women have mastered quite well. Men are certainly more discreet when it comes to procedures such as Botox and fillers because they are probably worried they will get judged for what seems to others as a ‘women indulgence’,” says Shuba.

But here’s an interesting tidbit, Indian men are more likely to share this secret with their partner as opposed to women who remain cagey. “They do however, fear being unfavourably judged by friends and/or family for being ‘vain’. Sometimes lack of support from a patient’s spouse or family members may pose a barrier to moving forward with cosmetic surgery,” says Viral.