A group of five young designers recently presented a slice of Indian tribal fashion to the world, and brought home glory. 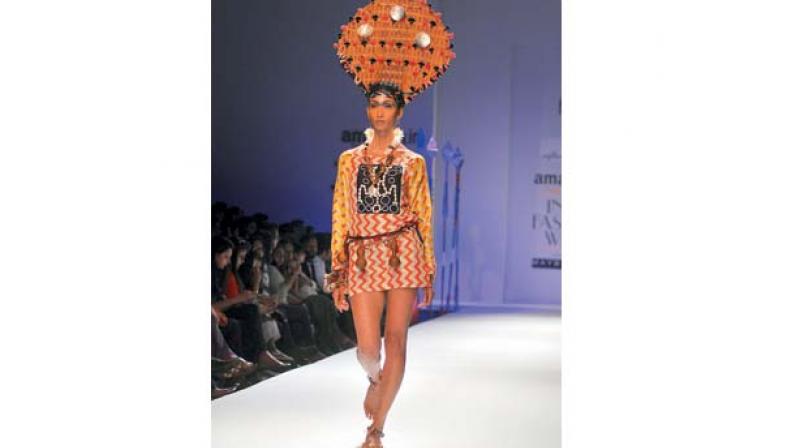 A model displays an outfit by designer Anupama Dayal who worked with four Naga tribes for her collection.

There’s an India that lives far from the concrete urban sprawls and the agrarian ruralscapes. It’s the India of the tribals and nomads who call the forests and mountains their home. Close to nature and sharing a strong bond of community, they have held on to their traditions, and continue to live life their way — fearlessly and proudly. And their unique culture has long inspired the world of arts. A group of five young Indian designers recently presented a slice of Indian tribal fashion to the world, and brought home glory.

Indian Pastorialists
From the magnificent maverick Manish Arora to the poster boy of cotton consciousness who also got tagged as “a national treasure” by famed fashion critic Suzy Menkes, Rahul Mishra, and several others masters of the craft, Indian designers have been making their presence felt internationally for a while now. But it was a benchmark for the Indian fashion industry when India won the “Best Country Award” at the International Fashion Showcase during the recently concluded London Fashion Week, beating 25 other nations. The Indian showcase was inspired by and an ode to the uniquely individualistic sartorial styles of Indian tribes — their colours and weaves, their ethos and tradition, their pride and identity. 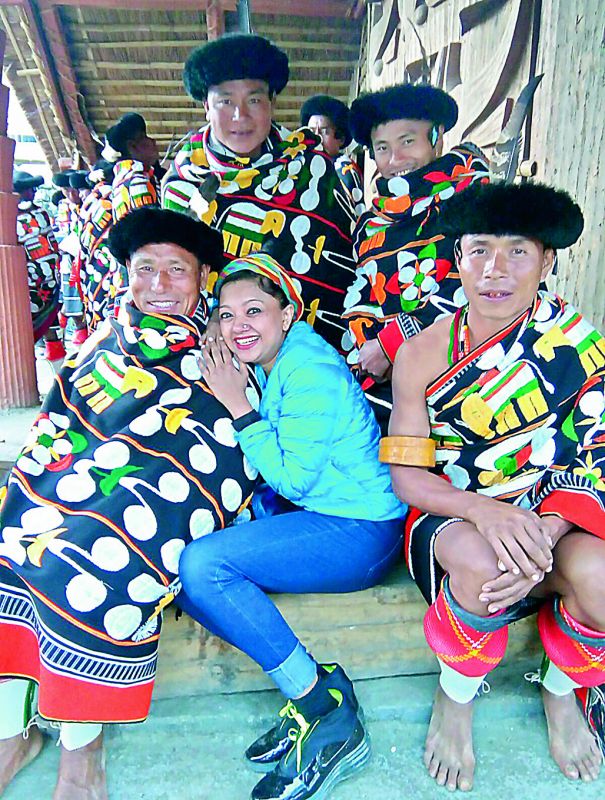 Pastoralist design has always held its own and inspired the arts with its vibrant patterned prints and embellishments. And many of our designers have a very special place in their hearts for tribal designs and have been working on it — honing the art of retaining their ethos and adapting them for an urban wardrobe.

Sartorial Purism
The Indian Pastoralists as a whole alludes to a community that has a very strong belief in the purity of sustainable fashion, says Ragini Ahuja, known for her label Ikai.

“The tribe that I had taken inspiration from are called the Drokpas and they’re found on the foothills of the Himalayas. The Drokpas are a very small tribe — there are only 1,800 of them in total. However, they are fanatics of the concept of purity, in that they don’t even mingle outside their tribe. They marry among themselves, follow a vegan lifestyle, have a fanatic attachment to the concept of purity and they believe that they are the purest Aryan race on planet Earth. Even their attires are entirely constituted of natural flora and fauna, which is why they dress up in beautiful sheepskin capes and adorn their hair with flowers. My inspiration for this collection stemmed from their fixation with a complete lack of adulteration,” she says. 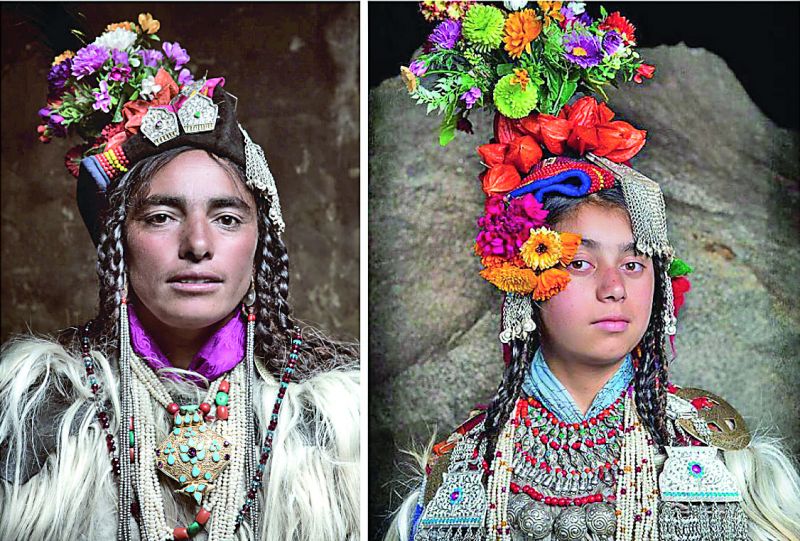 Women from the Drokpa tribes found on the foothills of the Himalayas (Photos: Jimmy Nelson and Trupal Pandya)

Natural way of life
Karishma Shahani Khan, founder of Pune-based label Ka-Sha, points out that her inspiration, the indigenous tribe of Kutch’s Rabaari community, are quite the sartorialists. “However, I feel the best highlights of Indian pastoral communities lie in their worldview, which comprises sustainability, co-sharing, co-living, respecting nature, worshipping all elements of Mother Nature. I weaved my entire collection based on the idea of how they live a peaceful life while dealing with issues like deforestation, industrialisation, etc. Fashion is all about celebration and I wanted to celebrate their lives.”

She admits that while the “crafts intelligentsia” would find an immediate connect with what was displayed at the London Fashion Week, for the rest — the curious or the “mainstream” — it was a reminder about the existential realities of pastoral life. 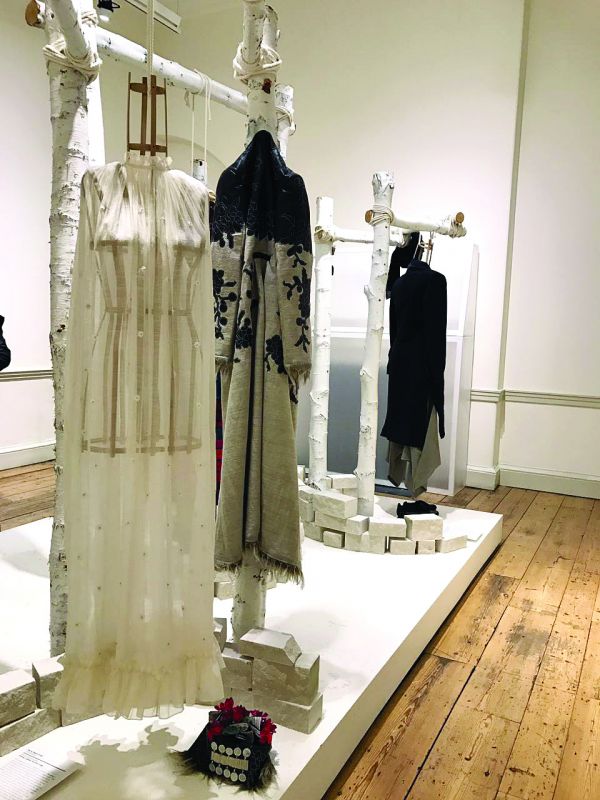 “This is no ordinary reminder,” she says, “The village charms, needlework hats and patchwork safas or dupattas resonate the dichotomy between what’s important and what’s relevant in India now. These kinds of nomad-inspired collections should be important to anthropologists to document nomadic lives.”

Local to Global
The “mainstream” that Karishma talks about is certainly impressed by sustainability but only a few really care about the carbon debt we accumulate. So there is a gap between the idea of preserving aspects of pastoral life and the demands of the urban market. So how do they bridge the gap?

Ragini, who believes in traditional techniques that are interpreted in a contemporary manner to produce elegant results, shares that her idea has always been to reach out to women who respect the traditional narrative of an Indian garment that has been given the familiarity of a global approach. “Fashion is the tail end of the work that handlooms or Indian textiles have achieved or need to achieve. And if anyone can give this narrative the upward curve it needs at this juncture, it is fashion designers. I’ve always used traditional motifs that have been treated with a global ideology. I did not have to adapt my collection to that aesthetic — it comes across very naturally in most of my designs. For the exhibit, I had taken cues from their ideology and dressing and merged it with the aesthetic of my label. The resulting product was a seamless amalgamation of my signature anti-fit silhouette and eco-friendly fashion,” she says.

Modernising the traditional
Another participant and winner, Ujjawal Dubey of coveted label Antar Agni, a NIFT Kolkata graduate, believes keeping the ethos and making an urban statement is not a difficult task, “Creating highbrow aspiration, turning Indian handlooms, weaves, techniques, etc. into affordable luxury for a varied clientele, fashionising the traditional weave, modernising the handwoven fabric, making design interventions to save weaves from the sea of power-loom fabrics is the prime objective of several designers who have successfully introduced an urban sensitivity to everything that’s Indian. And as designers and creators, it is our duty to interpret and re-invent things that inspire us.” 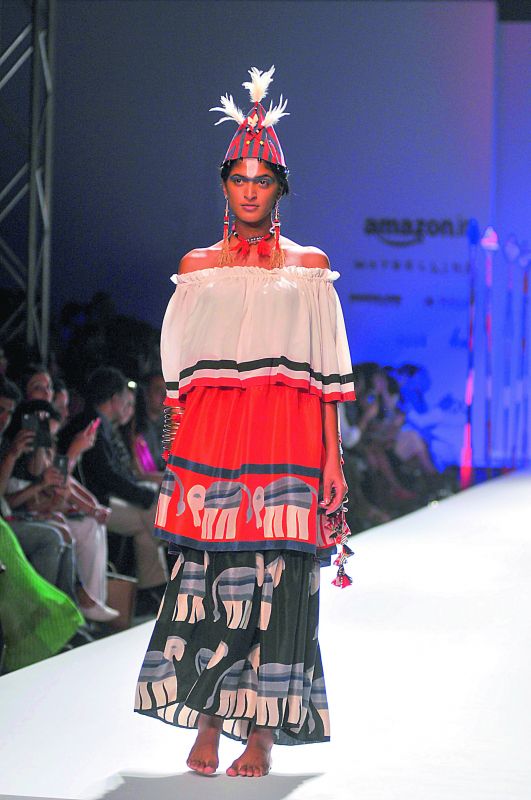 For the exhibit, he used heavy cotton fabrics, uneven raw selvedge as a prominent element, along with the gesture of layering in the front, that was paired with draped salwars, since they (the tribe) have a distinct style of draping. 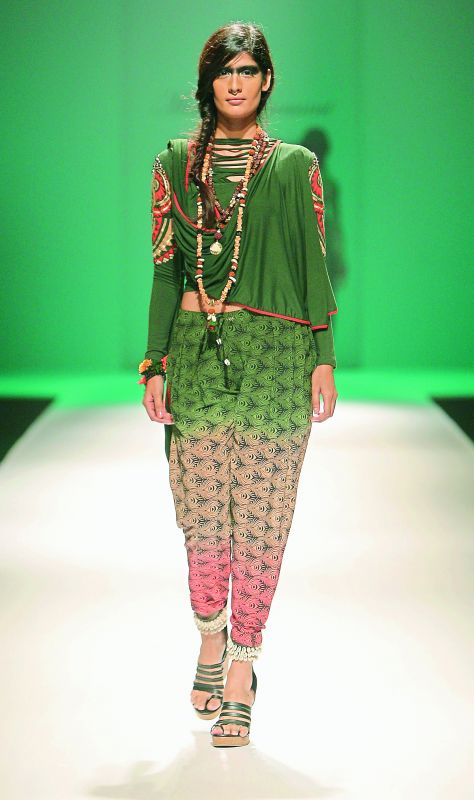 “We used several heavy handwoven fabrics from the Himalayan tribe with a bit of scribble needlework to represent patchwork. We gave everything a modern twist with side slits, high-waist and detailed needlework, which is quite prominent to the tribe.”

Textiles and jewellery
About her approach to techniques and textiles used, Ragini says, “I used cotton, silk and Himalayan wool in their most raw state. For the inner dress, I employed cotton and silk and developed a very light handwoven fabric. It was developed in Chanderi in Madhya Pradesh along with a hand weaver, who embroidered and beaded it with flowers and silver pearls. The outer jacket was fully handwoven with Himalayan silk and wool to make it light and warm. The capes had also been woven with sheep leather to give it the impression of sheepskin, which is a Dhokpa staple. Also, most of the pastorals are culturally exuberant and like to wear exquisite gold-silver jewellery and fresh flowers. So keeping that in mind, I made my own version of the contemporary hat with origami florals and real flowers to complete the look.” 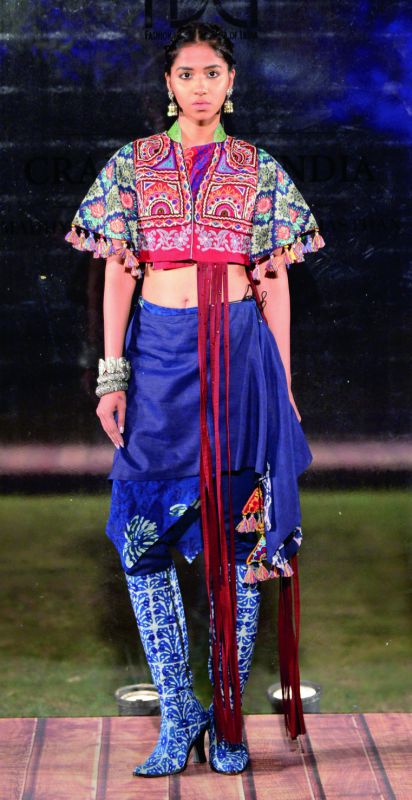 Virtues by Viral, Ashish and Vikrant

Cultural treasure troves
Noted fashion designer Anupama Dayal, who is known by many as a cultural chameleon, goes all out when it comes to taking inspiration from tribal communities. She believes in going on several long sojourns to different parts of India to get to the heart and soul of different lifestyles. For her last collection, Anupama took a cue from the glorious Nagas. “I worked with four tribes and presented my own interpretation for the collection. What gripped and inspired me the most was their sense of closeness to Earth or Mother Nature. They are raw and authentic and carry certain wisdom for better living. That’s what draws me closer to them. I am unstoppable when it comes to tribals,” she says.

Her approach is hands-on, “I like to stay with them, eat with them, dance with them, hear their stories, eat their food, allow osmosis to take place. Every day is a new discovery. I internalise it with all my five senses before bringing out something — an output that reflects their spirit. I like to go beyond the textual education, contexts and references and explore all dimensions.”

Extending her philosophy, Anupama has even opened an outlet called ‘Anupamaa Mangar’ in Mangar village in Haryana. “It’s in the heart of where the pastoral community of Van Gujjars resides. Nothing is more fascinating to me than nomadic communities of India. I am learning to understand their way of living,” she shares.

For others like Aneeth Arora of Pero, whose upcoming Fall/Winter collection is about pastoral communities from around the world, books are the way to go. “Pastoral communities are cultural treasure troves of humankind.  I generally travel to all the places but this time I am travelling through my books.” 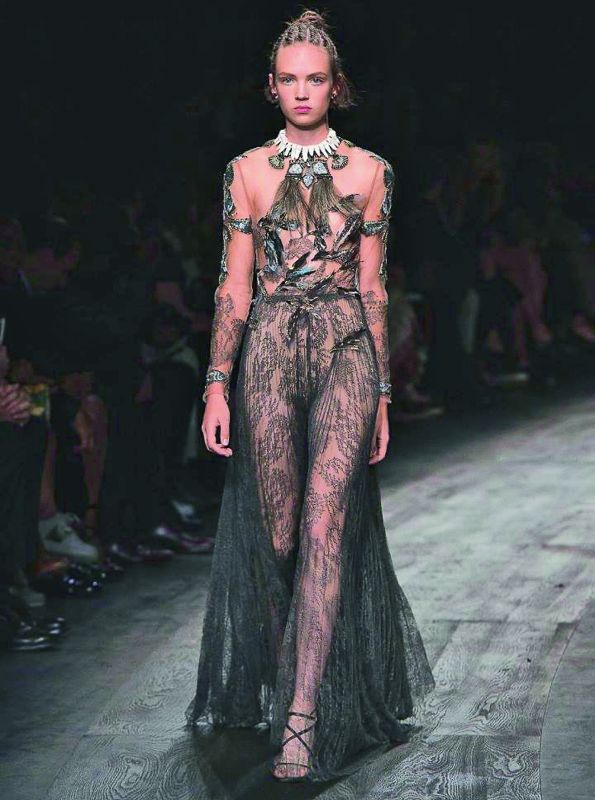 Aneeth will take inspiration from indigenous communities in China, Peru and Guatemala for her next collection. “They all deal with a lot of colour. So everything is going to be extremely colourful and vibrant. Also, natural indigo, floral embroideries will see high prominence,” she concludes.

More than a decade ago, Jean-Paul Gaultier dedicated an entire haute couture show to them, titled ‘Hommage à l’Afrique’. But it was Yves Saint Laurent in the late ’70s who really set the African inspiration trend going with one of his collections. Since then, the continent hosting several different types of indigenous tribes has become a recurring theme on international runways.

Gucci has reinvented zebra stripes, Burberry Prorsum wax print dresses and Michael Kors presented pretty much an entire safari park on the catwalk a few years ago. Balenciaga, Roberto Cavalli, Lowe, Bottega Veneta and other designers all did it too — whether it’s animal prints, bold batiks or luxury safari suits, the world of fashion has had many defining ‘Africa’ moments.

However, in the recent past, Valentino’s wild and tribal Africa-inspired spring/summer 2016 fashion show got a severe backlash for featuring mostly white models walking down the runway in cornrows.