The Prime Minister has taken just a part of our five-point programme to establish a ‘taxless and less-cash economy, says Anil Bokil. 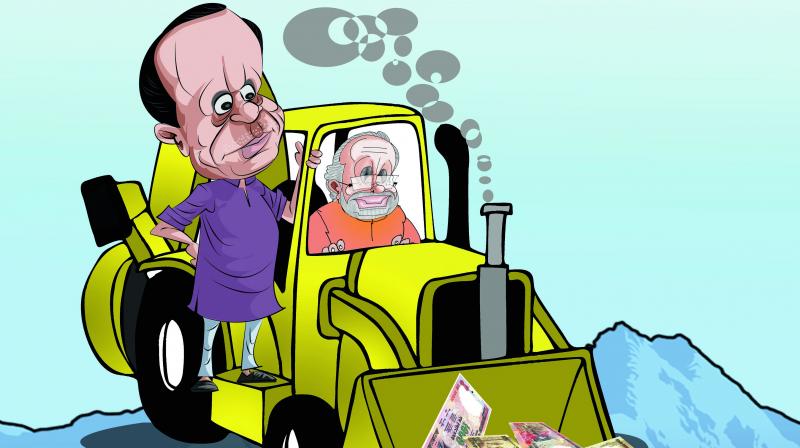 Eleven, Harshada Building, Rambag Colony, Paud Road, Kothrud, in suburban Pune. That is the office-cum-residence of the now famous demonetisation man Anil Bokil. But his own neighbours hardly know the man and his humble home.

After reaching the address and a few furlongs away from the place, I asked a well-heeled lady and a gentleman for the residence of the man who had met Prime Minister Narendra Modi and impressed him no end. But they did not know the man and went their way, passing by the same road where a small building Harshada is located.

When a college student came out of that very building on his motorcycle, I asked him for Anil Bokil. He, too, did not know him or the name of his organisation, and kicked off. Several enquiries yielded no result, as no one seemed to know the man nor his organisation.

It was only when I called his mobile that a volunteer opened the window from the second floor of the building and peeped out at me, smiling.

“We are here for the last six years, but nobody knows us,” says Bokil, 53, who welcomed me into his spartan rented office. Inside were two tables with computers, two full-time volunteers and one part-time volunteer.

“It is only after the Prime Minister’s demonetisation of Rs 500 and Rs 1,000 bank notes that we have come into the limelight,” says the small-built wiry bachelor, who founded the ArthaKranti Prathisthan or Economic Revolution Foundation in 2005.

Man on a mission
The son of retired teachers from Latur city in Marathawada region, infamous for hundreds of distressed farmers’ suicides, Bokil comes across as a fully possessed man on his mission. He lives on Rs 3,500 he gets from his 80-year-old retired teacher-mother, who lives with her husband in Latur.

He is a sanyasi of sorts, as he has renounced the world, shut his bank account, lives on the goodwill of people and has devoted his life for a new economic order in the country, with a band of about 25 dedicated, like-minded people he won over during the last 16 years.

He says he is rich with the goodwill of the people towards his mission. He owns nothing. Bokil moved into a 1,300 sq ft rented apartment at Harshada Building in Pune in 2000. ArthaKranti Prathisthan pays Rs 25,000 rent per month, out of which Rs 8,000 is collected from an artist tenant, who also draws pictures and makes posters for the organisation.

Turning point
The turning point in Bokil’s life came in 1995 when a group of 86 carpenters, welders, blacksmiths, electricians, etc.  who wanted to venture into business, were refused credit by a bank in Aurangabad, Maharashtra. Bokil, who at that time was manufacturing import-substitutes for the processing and manufacturing industry, learnt of their plight, studied their case, and prepared and presented their project report to the local cooperative bank.

“It gave credit in the Rs 50,000 to Rs 2 lakh range,” Bokil says. Within two years, state-owned Bank of Maharashtra and Bank of Hyderabad also lent funds, from which Bokil purchased a 2-acre plot from Maharashtra Industrial Development Corporation in Aurangabad and set up an industrial cluster model. In five years, it became so successful that Bangladeshi Muhammad Yunus, a social entrepreneur and banker — and recipient of the Nobel Peace Prize for founding the Grameen Bank and pioneering micro-credit and micro-finance — wanted to replicate it in his country. “A young entrepreneur, who set up a foundry unit there today owns a BMW, not a small achievement,” Bokil points out. 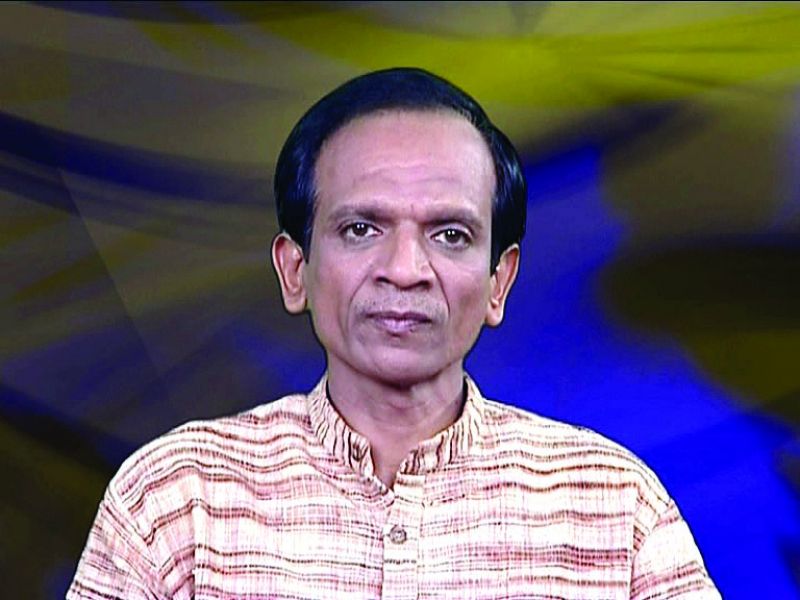 Looking for solutions
Since 1995, Bokil met many economists and chartered accountants to understand why everyone doesn’t have access to banks, why they cannot get loans or why capital is so expensive. After a deep study with a few like-minded people from Aurangabad and Pune, he came up with the ArthaKranti strategy in 1999 and invited people to join him.

Gathering momentum
“I met him in 2007 for an interview which was carried in Sakaal Marathi daily with a headline ‘Farmers’ suicide will halt with total economic revolution’, which became an instant hit,” says Yamaji Malkar, the former editor of Sakaal for 10 years. He is one of the 11 trustees of ArthaKranti Prathisthan.

He quit Sakaal in 2009 and joined Bokil full-time. For the past six years, he has edited the Arthapurna monthly magazine, propagating Bokil’s economic revolution. “The magazine runs on contributions,” says Malkar. Married to a classical singer with two college-going daughters and a son, he earns his living by freelancing. He is one of the right hand men of Bokil, writing on ArthaKranti in various newspapers and magazines, and goes on lecture circuits with Bokil to institutions and associations across India.

“Bokil met Rahul Gandhi in 2013 in Delhi,” says Malkar, 52. But nothing came out of it. He also met Pratibha Patil, the then governor of Rajasthan in March 2007, who, impressed with his work, wrote to Somnath Chatterjee, the then Speaker of Lok Sabha, urging him to give the ArthaKranti team an opportunity to present their model before the Parliament. Since then, this team has been trying to influence politicians.

“I heard his lecture in Aurangabad in 2007 and I fell in love with his ideas and ideology,” says Prashant Desphand, 49, a successful hotelier from Aurangabad, who has joined the organisation full time. He has shut down his three vegetarian restaurants in Aurangabad and earns Rs 25,000 a month as rent from his rented commercial shop. “This is a movement and I want to devote my life to it,” says Deshpand, married with two college-going sons. He assists Bokil full time in Pune. 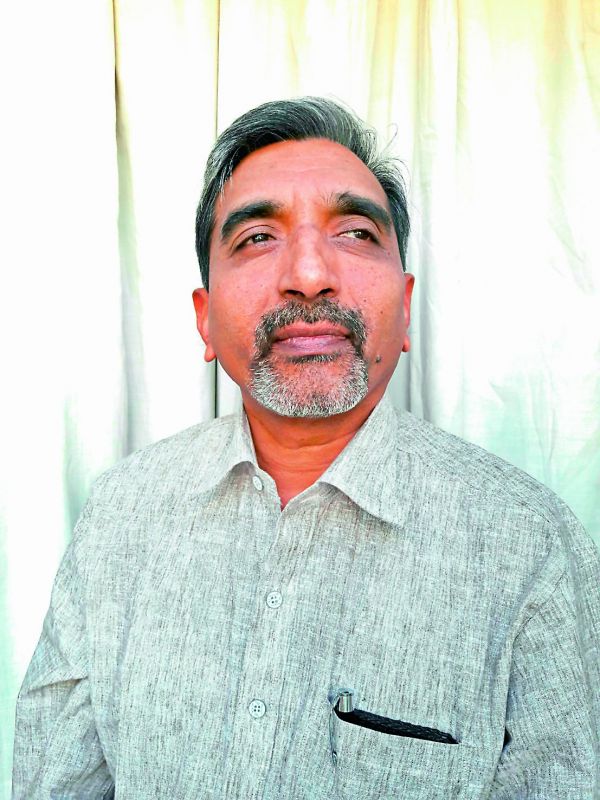 Views on Demonetisation
“We neither welcome nor reject Modi’s scrapping of the Rs 500 and Rs 1,000 notes on November 8 from our system,” Bokil says dispassionately. “The Prime Minister has taken just a part of our five-point programme to establish a ‘taxless and less-cash economy’,” he says.

But the manner of execution is different from his NGO. “We want solutions for the economic system of the country, and not a punishment,” he says, adding that he accepts the present demonetisation move in a positive spirit as a responsible citizen. “The Prime Minister has started the process, we are now expecting the rest of our programme to be adopted,” says Bokil.

Meeting Modi
It was in July 2013, when a core team of five members led by Bokil met the officially declared Prime Ministerial BJP candidate and CM of Gujarat, Narendra Modi at Gandhinagar in Gujarat. Modi swept the general polls and became PM in 2014. “We were given just 10 minutes and once I started my presentation, the meeting lasted for over two hours,” Bokil recalls.

Impact of his proposal
Bokil says that on implementing his proposal, abolition of the existing tax system would have to be done from a single predetermined date. Simultaneously, the deducting bank transaction tax from all transactions would commence.

“Currency notes of denomination higher than Rs 50 will be phased out in a time-bound manner. All this money will attract the standard deduction of bank transaction tax and the balance will be treated as legitimate wealth,” Bokil says, adding that regulations governing cash transactions would also come into force.

“The magnitude and time of revenue generation by this system needs to be anticipated,” he says, pointing out that initially there would be huge deposits of cash of high denomination into banks, and there would be huge inflows of revenue throughout the phase of currency compression. “The day when currency compression is completed and Rs 50 is the highest denomination in force, all currency money can be assumed to have come back into the system,” Bokil says. He adds that thereafter, all bank transactions would yield ‘bank transaction tax’ and the government would receive revenue in continuously.

The effects of these steps would need to be carefully monitored and fine-tuning action would have to be taken as and where required, Bokil warns. Tools of monetary governance would have to be judiciously used to ensure inflation is kept under control, he says.

A Movement, A Dream
Bokil’s only passion is to see his dream come true. “This is a movement. We are not an organisation as such. We are a movement and sooner or later, it will catch on,” he says. No wonder he has remained a bachelor, shunning everything, even money.

Its core five-pronged strategy to be implemented in toto without any fundamental changes or dilution is:

1. Withdrawal of existing taxation system completely except for customs/import duties. That is, all central, state and local government taxes — direct and indirect.
2. Every transaction routed through a bank will attract certain deduction in appropriate percentage as Transaction Tax, i.e. single point tax deducted at source (say two per cent). This deduction is to be effected on receiving or credit accounts only, the deducted amount is to be credited to different government level like central, state and local (say, 0.7,0.6 and 0.35 per cent respectively), the transacting bank will also have a share (say 0.35 per cent) in the deducted amount as the bank has a key role to perform.
3. Withdrawal of high denomination currency.
4. Cash transaction will not attract any transaction tax.
5. Government should make legal provisions to restrict cash transaction up to a certain limit, say Rs 2,000. This means, cash transactions above this limit will not enjoy any legal protection.