Rohit Dasgupta from Kolkata will contest in the upcoming UK general election on a Labour Party ticket. 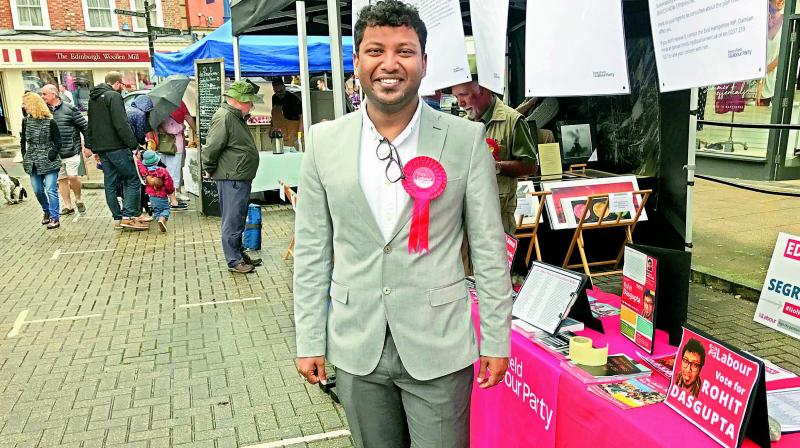 I think there is no one who isn’t interested in it, but our level of engagement differs,” says Rohit Dasgupta. For the Kolkata man, political consciousness came early. “In terms of students politics, I would say, I cut my teeth in JU (Jadavpur University) when I stood as a FAS (Federation of Arts Students) candidate in my first year,” he says. Rohit is the first Bengali to run for parliamentary elections in the United Kingdom. The UK general election is scheduled to take place on June 8, where he is a candidate for East Hampshire. “I have been politically conscious from a young age having campaigned for legislation to protect victims of child abuse, the striking down of section 377 and for transparency of the poverty alleviation programs in India,” he says recalling his days of growing up in Kolkata.

Currently, a lecturer in the Institute for Media and Creative Industries at Loughborough University, Rohit has just published a book on Digital Queer Cultures in India and is on his way to complete his second book on friendship and social justice activism with scholars from USA and India. 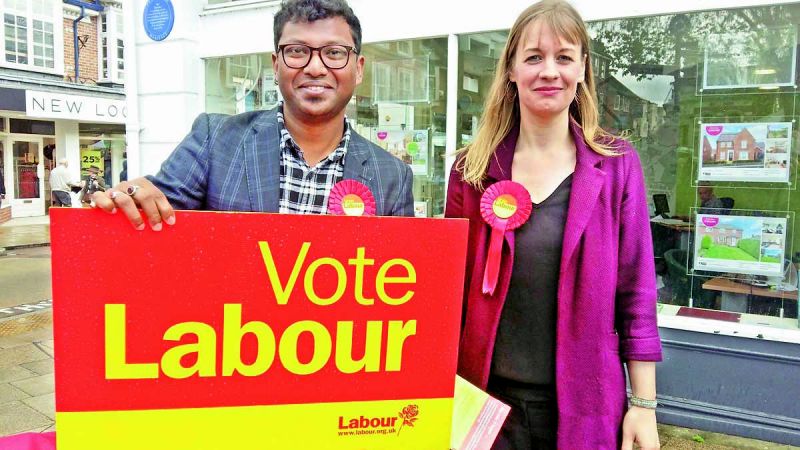 Rohit, who was actively involved in student politics in college days, reasons that universities should provide a space for healthy debate for difficult conversations. “At school I was exposed to what I thought were examples of partisanship and favouritism with little space for critique and dissent. JU opened up a different world for me. It provided the space to have difficult conversations, exposed me to different political ideologies and above all a respect for debate. I would say JU is a good example of what Jurgen Habermas called the public sphere — an area of social life where individuals can come together to discuss and identify social issues,” he explains. His love for debate and politics continued when he came to the UK. He got involved with the Labour Party “getting across its message of social democracy, redistribution of wealth and strong trade unionism”. “I believe strongly in a welfare state where government needs to intervene in the protection and promotion of social and economic well being of its citizens,” he adds.

After he went to the UK, Rohit joined the Labour Party in 2010. In 2016, he became the Chair of his local party branch (Canning Town South) and was elected secretary of the Newham Fabian Society earlier this year. “The Fabian Society is the founder of the Labour Party and remains the intellectual backbone of the party. Jawaharlal Nehru was also a Fabian and his political ideologies were also shaped through Fabianism,” he points out.

When not working or pondering on various ideologies, the resident of Newham in East London, loves visiting the Tate Modern Gallery and the Southbank. When at home, he loves cooking for his “friends (not all political!)” or unwinds by watching movies, reading books or listening to music. If he had to choose a song for canvassing, he says, Pete Seeger’s Solidarity Forever would be on top of the list “It is such a powerful song about solidarity, workers’ rights and trade unionism,” elaborates the 29-year-old.

The upcoming election is an uphill task for Rohit but he has accepted the challenge.

“The snap election was unexpected and after much deliberation I decided to throw my hat in the ring and see if I would get selected to contest a seat. It is a hard seat having been under Tory control for a very long time but I like challenges and it gives me a good space to go out and get my message across. I feel like I am flying a tiny red flag in a sea of blue. Whatever the outcome, this has been a great experience and honour to be fighting a seat for the Labour Party,” he concludes.