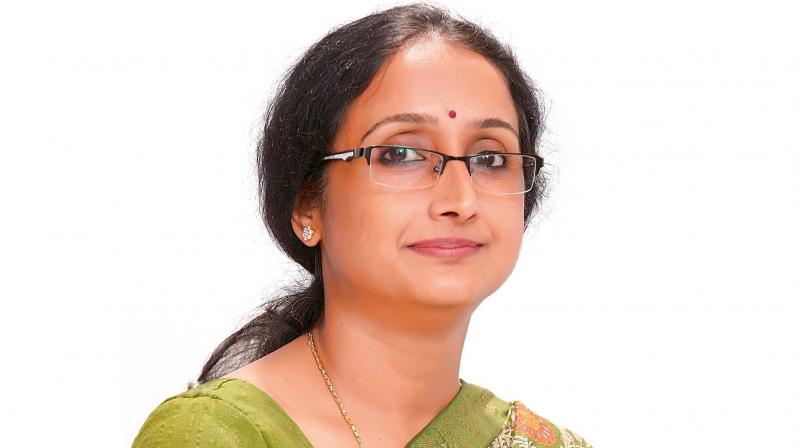 Just a couple of days back, I was at a conference talking about women empowerment and gender diversity and during a break, a young lady walked up to me in an agitated mood. She asked me, “Ma’am, is it wrong that I aspire to have a successful career and also want a fulfilling family life? Yes, I have a year-old son, an aged father-in-law to look after, demanding clients, a large team to manage and the tedious commute to work every day. But I am willing to make it work; I have sought external support on the family front, have moved home closer to work, put in those extra hours to manage clashing deadlines — so why is it that they look at me differently? Why?”

I was quite taken aback. I reflected on her as an individual — she seemed to have the ability, agility and attitude to make a difference… then what was the issue?

It turned out to be perception/bias — that of her project lead — that women may want to focus more on their families than on their careers after marriage and/or childbirth. Employers need to work on deep-rooted pre-conceived notions and face the changing reality of life. Gender inequality arises due to bias — bias occurs when two individuals act identically but are treated differently. Employers need to run bias-reduction programmes and develop policies that explicitly level the playing field. They need to actively scrutinise the unconscious male bias in the ways they hire, develop, promote and reward employees.

So what is the reality? Do women need to choose one? Or can they do the balancing act and excel at both? Actually, there is no problem with women achievement. Women have long caught up with their male counterparts in terms of education; and in some cases, probably surpass men in educational achievements. The problem arises when young adults try to balance work and family, and women end up carrying nearly all the caregiving responsibilities, whether elderly or childcare. Mandating parental leave rather than maternal leave will help as well, allowing women to reintegrate into the workforce after childbearing while making it possible for men to take on the responsibility of parenthood as well.

Women make better business leaders because of their ability to multitask and collaborate, said more than half the respondents in a survey conducted by YES Bank-CFO Insights, an initiative of YES Institute. More than 90 per cent of the 227 women business leaders from across sectors surveyed, said that gender diversity was beneficial for the growth of their organisations.  The International Monetary Fund’s (IMF) forecast of 7.4 per cent growth for India puts us as one of the fastest-growing large economies of the world. Christine Lagarde, managing director of the IMF, pointed out that IMF research has shown that raising women’s participation in the workforce to the level of men can boost the Indian economy by 27 per cent. There has never been a stronger business case for gender equality and gender pay equity in India.

There is no country on earth where women make as much as men for the same work, according to the World Economic Forum. It predicts the global gender pay disparity may take up to 170 years to close. According to the Monster Salary Index on gender for 2016, the gender pay gap ranged from a relatively low 14.7 per cent in the education and research sector to 21.5 per cent in the banking, financial services and insurance sector and 25.8 per cent in the information technology sector. Here, as in informal jobs, these gaps have declined over the past few decades — but slowly and erratically.

Championing the cause of diversity and inclusion in PwC, I truly believe that to achieve gender equality and tilt the tables, there are three key strategies to focus on.

Behaviours: It is critical to work on changing behaviours and perceptions at all levels — starting at the top — and working with a combination of positive and negative interventions.

Accountability: Increase leadership commitment and the right tone at the top; using a data-driven approach and measurable outcomes.

Transparency: Around promotions, performance and pay; women certainly want to know what helps or hurts their careers. They need greater transparency about these practical markers so they understand where they stand, can make their own case successfully.

At PwC India, there are approximately 32 per cent women, which is not the best, but it is definitely a good representation. But like any other organisation, the challenge is women representation at senior levels. While we are almost 50 per cent at the entry level, the number steadily falls as employees move up the career graph and falls to approximately 10 to 15 per cent at the senior levels. But, even this has been achieved over the past number of years’ thanks to efforts in the right direction viz., committed leadership, clear accountability metrics, applying a diversity lens at decision making points, an array of women friendly policies including flexibility options like work from home and/or part time, full circle programme for facilitating women to come back after a break, lean in groups for young parents, special drives for recruitment of experienced women including through referral programmes, filling in vacancies caused by women exits only with women candidates, mentoring women at the manager level, and constantly engaging with high performing women.

Moving the needle in the diversity space depends on how organisations can positively influence some of the key statistics around experienced hiring, gender proportionality for promotions, reviewing pay equity and enhancing the number of women in leadership roles. And it needs a lot of perseverance to make the needle move!

Points to Ponder
90% of the 227 women business leaders from across sectors say gender diversity was beneficial for the growth of their organisations.

A YES Bank-CFO Insights survey
27% of raising women’s participation in the workforce to the level of men can boost the Indian economy.
IMF research shows

According to the Monster Salary Index on gender for 2016, the gender pay gap ranged from a relatively low 14.7% in the education and research sector to 21.5% in the banking, financial services and insurance sector and 25.8% in the IT sector.

Key strategies for equality
Behaviours: It is critical to work on changing behaviours and perceptions at all levels and working with a combination of positive and negative interventions.
Accountability: Increase leadership commitment and the right tone at the top.
Transparency: Women certainly want to know what helps or hurts their careers.

(Asha Ramanathan is an audit partner in the Mumbai office of PricewaterhouseCoopers. She also champions the causes of gender diversity and corporate social responsibility.)