Ganesha peeps into his horoscope and predicts what is in store for him in the upcoming year. 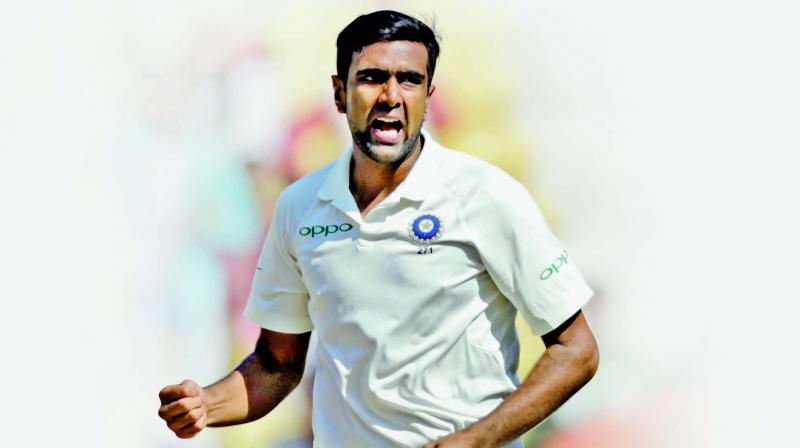 One of the most promising all-rounders in the Indian Cricket Team today, Ravichandran Ashwin is poised to have a memorable run, especially in the latter half of 2018.

The IPL 2010 was merely a stepping stone for Ravichandran Ashwin, from which he leapt on to the international stage with a speed and grace which few cricketers can lay claim to. From failing as a batsman at the junior level and turning to off-break bowling to achieving the fastest 300-wicket mark in Test cricket, and being reckoned as the best spinner in the world by someone like Muttiah Muralitharan, Ashwin has come full circle. Moreover, he has honed his dormant batting skills and is now a full-blown all-rounder in the Indian team. Ganesha peeps into his horoscope and predicts what is in store for him in the upcoming year.

Mars lends Ashwin his Intensity, Passion and Power
Mars is Atmakarka in Ashwin’s chart, which is placed in fiery sign Sagittarius. Also, Mars is placed in Scorpio Navamsa. Scorpio is the sign of intensity, depth, passion and power. A powerful Mars is thus, always a boon for any sportsperson.

Determination to overcome any challenge
Due to the energy of Mars, he is always looking for something new to overcome and is ever ready to take on whatever challenge comes his way with passion.
Once he has made up his mind about a challenge, there is no turning back.

Mercury imparts him with logical and strategic skills
Mercury is exalted in Ashwin’s chart. It represents his superb logical and analytical abilities. He can identify the weakness of his opponents and his planning or strategies revolve around planet Mercury.

Ashwin gets power to improvise his game from his stars
Ashwin has the ability to analyse the situation on the ground and make changes accordingly to achieve maximum positive results. Because of such abilities, he is able to work on several aspects of his game simultaneously, whether it is batting or bowling.

Fame and fortune from a favourable Venus
Venus is also strong in its own sign which brings name, fame, glory, success and a huge fan following. Adding to this, Saturn is exalted in the Navamsa and Moon is placed with Jupiter. So, he is extremely focused and determined to make an impact. His patience and perseverance are also noteworthy. Such placements are phenomenal for a sportsperson. Ashwin’s chart clearly indicates his exceptional talent in the game of cricket.

Jupiter’s current transit has helped him achieve Fastest 300 Wickets in Test Cricket
Currently, the transiting Jupiter is moving over the natal Venus. So, Ashwin has been exhibiting his master-class and achieved the glory of reaching the fastest 300-wicket mark. The transiting Jupiter in Libra will continue to help him. Ashwin will garner tremendous appreciation from his fans all over the world.

A temporary lapse in form is indicated in the 1st Quarter of 2018
Transiting Saturn in Sagittarius may bring some challenges and there may be some decline in his form and performances between mid January 2018 and April 2018. Despite his inconsistent performance as per his own standards, he will remain an important part of the Indian attack. However, his fitness will require extra care during that phase.

Memorable feats likely in the last Quarter of 2018
Ashwin is likely to perform better post May 2018 and may reach greater heights in his career through some memorable performances in the period between September 2018 and March 2019. His performances will inspire Team India to rise and shine. He will also break some old records and set a new standard for future generations.