Ronaldo’s won the Football Book of the Year award in 2015 in the UK, and Pep and Messi won the same accolade earlier. 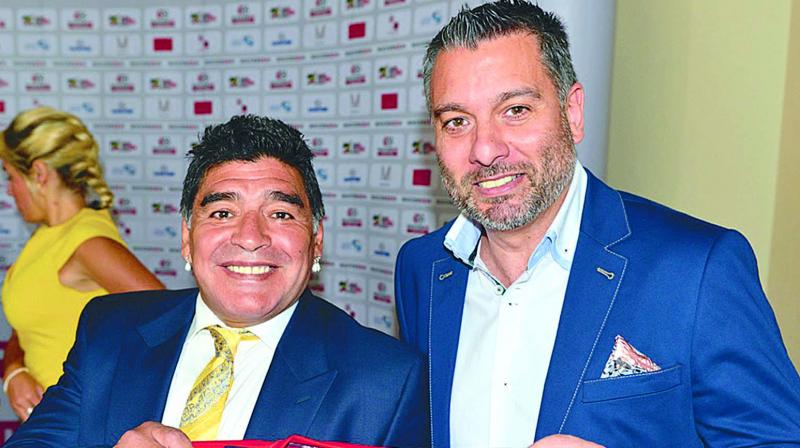 Sports journalist, coach, blogger, presenter and director of a football club, Guillem Balagué loves journeying into the minds of iconic footballers and penning their biographies.

Spanish journalist Guillem Balagué is indefatigable. When he wrote about Lionel Messi, Pep Guardiola or Ronaldo’s life, it was a journey into the minds of these iconic footballers, a contemplation of their lives and work. For Balagué, writing biographies is about different truths. In Cristiano Ronaldo: The Biography, he speaks of CR7’s mercurial nature, in Pep, it’s an understanding of the manager’s mystery, and in the first authorised biography of Messi — Messi: The Biography — he unearths the boy behind the best footballer in the world.

Ronaldo’s won the Football Book of the Year award in 2015 in the UK, and Pep and Messi won the same accolade earlier. “The Messi (book) was different, it was first a ‘no’ from them (his family) but then they opened doors, and allowed me to call it an authorised biography. The one I did about Liverpool on the Brink had opened doors to the club. The one on Pep Guardiola, he (Pep) said, ‘Do what you want, and he opened doors. I asked him, ‘Don’t you want to read some of it,’ and he said, ‘No, no, no, I’ll go buy the book in the shops’,” says Balagué of the carte blanche he has earned. 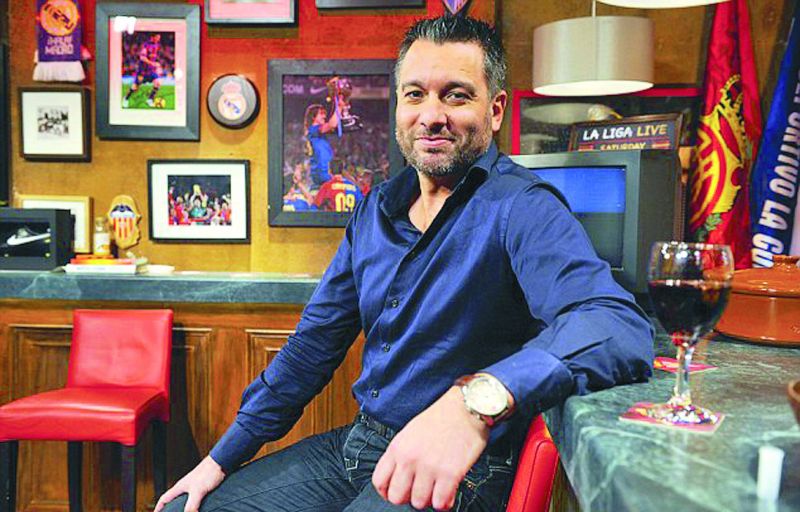 His favourite footballer, is Messi, “He touches the ball, something happens, that is so difficult. If Johan Cryuff changed the mentality of Barcelona, Messi made them, gave them a continuity of winning,” he says, adding, “With Cristiano Ronaldo, it was a yes, we spoke four times about meeting and doing it together. But Ronaldo was upset by something I had said in the Messi book. So he became a ‘no’,” recalls the writer. Trying to weave together inexplicable and consequential life stories — Balague’s search is about the men who stand tall in football.

Sports journalist, biographer, coach, blogger, presenter and the director of football at Biggleswade United FC, he is in the midst of writing his book on Tottenham Hotspur boss Argentine Mauricio Pochettino’s season, it was only apt that this sports aficionado took to writing about the beautiful game given his Spanish upbringing in Barcelona, and his move to England which brought him closer to Liverpool.

His father used to play for Horta, a local district team. “Once I started working, I went to Liverpool, to learn English, and get away from my comfort zone. My writing (at that time) was all about culture, politics, about Princess Diana,  Camilla, Charles, and it was only when looking for somewhere to write, I started writing for DON Balon, a respected magazine back then but rubbish now,” he says.

Balagué started as a correspondent in the UK in 1996, in 1997 joined SKY Sports and, like a shaft of light, his career steered itself towards the haloed football field.

Even today, after tete-a-tetes with the best of sports stars, Guillem is grounded, and his parents are his inspiration. “I see my mother, working really hard, to bring in money, my dad leaving home at 7 am, coming back at 10 pm. That work ethic, invaded our lives — my sister Yolanda, and my brother Gustavo. We are all hard workers,” says the writer.

Giving Orion, his publishers due credit for backing his ideas, he adds, “They have always trusted me beyond my own belief. When I saw how Pep kept winning and the mystery behind who he was, we decided to do Guardiola’s. I had to do it with him, and he said okay. He opened the doors for me, big time. I will be eternally grateful to Guardiola for that. Once you do Guardiola, you touch on Messi. The book became the first and only, authorised biography of Messi,” says the man who was also the first to break the story of Fernando Torres leaving Liverpool.

Writing about football is pure passion, alright, but there is also an intricate understanding of the game, the why and wherefores that Guillem Balagué knows instinctively, as he is a B license coach too! “I went to Northern Ireland. I have started on my A license, but I have not been able to put enough of hours. I think, I understand why coaches take decisions and that helps me in my conversations with the head of the academy. We (United) are growing, we need go higher on the table. We don’t have facilities, there is a parallel fight to make sure we grow,” adds Balagué who did the course with Joey Barton, Gaizka Mendieta and David Dunn.

Busy with Pochettino’s book, he reveals, “I was with Pochettino almost weekly for a season, it will be a diary of the season but a peculiar one. I will explain his story. It’s a book with different layers, photographs that have never been seen, a story of the season, words from players closest to him, words from him, his family. It’s been a fun experiment,” explains the journalist who wants to explore other genres too.

Not one to separate work and life, it has taken the writer a while to realise he can’t separate the two — “If you enjoy working on something make it a part of your life. Writing at my apartment in Costa Brava calms me. You have to beat the dictatorship of tiredness, as it can stop you. Everybody is a world on their own, and a wonderful world,” ends the writer whose penchant for life stories is unquenchable.