I don’t want to do sex comedies, says Ajay Devgn

In an exclusive chat, Ajay Devgn opens up about the upcoming film, personal and professional life. 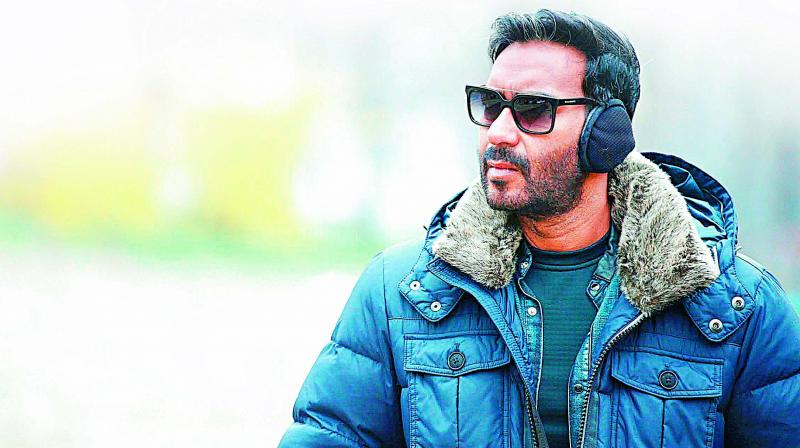 Ajay Devgn might be one of the most reserved actors in B-Town, but that doesn’t keep him from being the most honest celebrity. The actor, who knows exactly how to entertain an audience by maintaining a balance between commercial and content driven films, is busy promoting his next, Baadshaho. In an exclusive chat, he opens up about the upcoming film, personal and professional life.

How comfortable were you working with Milan Luthria and Ileana D’Cruz in Baadshaho?
It’s always comfortable, because we know each other well. I’ve known Milan since he was an assistant to Bhatt saab (Mahesh Bhatt). We did Kachhe Dhaage together, and that’s his first film. As far as Ileana is concerned, she is fabulous. I think when she gave her first shot, I told her that I was working with a good actress after a long time. She can get as subtle as possible and perform, which a lot of others can’t do. So I just felt that I was working with a decent actress after a long time.

We hear that the movie has many bold scenes too. How true is that?
There’s no such thing in the film; I don’t know where that came from. That’s why I said it’s not a p**n flick. I will do bold scenes, only if they’re very important to the script. I will not do something just for the heck of it. No, I will not do it.

A lot of the big films have been failing on the box office. Is there a sense of fear generated in the industry?
I don’t think so. I don’t think all the big ships are sinking. It’s always about a good film and a bad film. It’s not the people who are sinking it. It’s just that those films have not worked because they were not accepted by the audience. It’s because they were not good films. If they haven’t worked, they’re not good. And that’s the scenario. The audience wants content, and you have to work hard at it.

The footfalls in multiplexes have gone down drastically…
Not really. However, yes, there’s competition. You have to give the public good content. And if you give them that, you don’t have anything to worry about. Toilet: Ek Prem Katha was a good film. Where do you think the audience came from to watch it?

Do you read reviews? Do they matter to you?
Reviews do matter to a point, because as the scenario is changing, people do tend to look at these. More than reviews, what matters the most is word of mouth. Through social media, you also get to know if your film is growing because of word of mouth. This basically happens after the first show. Your audience starts posting whether others should watch this film or not. They really don’t care about anything else and that’s how people go and watch the film. Word spreads too fast.

Speaking of social media, how do you deal with the new craze for stardom that comes along with it?
I try to maintain a balance. I’m not much on social media. I also speak about important issues; you will not know what I’m doing as a routine. I think the aura of a star keeps diminishing when you know what he’s eating and what he’s doing. There used to be a different aura, a mystery of a star that seems missing now somewhere. I don’t like it, but I think times are changing. So I think I’m confused about it. You have to get used to it, but you should know your limits — which is what I’m trying to do. I’m trying to gauge what’s right and what’s wrong.

Star kids are constantly under the media glare. Your daughter Nysa is often clicked with Kajol. How do you see that?
I think somewhere we all like to request that there be some distance maintained. I’m not saying this should not be spoken about at all, but somewhere the media scares them. So, it’s a request that if they can go easy on them, it would be nicer. They are kids, after all.

As a father, would you be comfortable if Nysa too decides to join the industry?
That will be her choice. I just dropped her to Singapore three days ago, where she’s now studying. She wants to study, so it will always be her choice. I will neither be able to stop her, nor will she listen to me. Whatever she wants to do, I will just support her. As of now, we miss her terribly.

As an actor today, what’s your biggest fear? Are you scared of losing your stardom?
No, I don’t fear anything. It’s been 26 years here, and I think I’m beyond that. Actually, I’m chilled. It’s just that you need to work hard, because people expect something out of you. You need to justify it and live up to their expectations.

There’s constant news about you and Karan Johar in the media. Do you feel relationships are very fragile in this industry?
Not just in the industry, relationships in general and in life are very fragile. And that spills into the industry and everywhere else. I think the scenario is the same, but here, people write about it and that’s how we talk about it. Otherwise, it’s exactly the same; there’s nothing new to offer.

Are you also open to doing sex comedies?
I don’t believe in sex comedies; I don’t want to do sex comedies. I think, after Singham and Golmaal, what has happened is that a lot of kids come up to me. I did a film called Rascals, and I got a lot of people coming up to me and saying that they don’t expect something like this out of me, because it had some double entendre dialogues.

Since then, I decided to limit myself to good films, and I have maintained that. Not that I have anything against such movies, they just don’t go with me. The kind of image that I carry, a lot of people tell me they don’t expect something like this out of me.