The couple — Aarav, 46, and Sukanyeah, 23 — have hit the headlines this week for an intriguing reason. 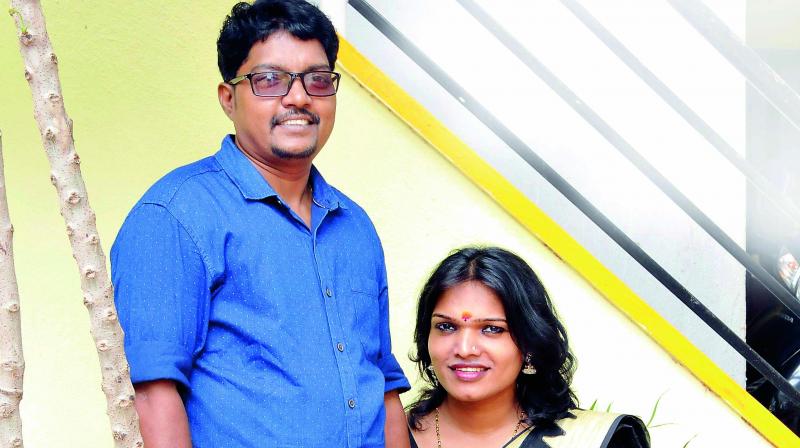 Aarav and Sukanyeah, who met at their doctor’s clinic while awaiting their gender assignment surgery, are hoping to overcome opposition to their romance, and get married.

Aarav Appukuttan and Sukanyeah Krishna are gearing up for their marriage in the next few months. In the run up to their wedding, they are busy considering the budget, zeroing in on the location and culling out the guest list. But this isn’t an ordinary romance. The couple — Aarav, 46, and Sukanyeah, 23 — have hit the headlines this week for an intriguing reason.

Aarav, born a woman, and Sukanyeah, assigned the male gender at birth, have undergone reassignment surgery, to change their genders, falling in love in the process.

And now, if latest developments are anything to go by, there is a hitch in their dream wedding plans, as the duo may not end up tying the knot any time in the near future. All this, thanks to the backlash their story has generated. “Some of the comments on Facebook say that we should be killed at gunpoint. Is it because we found love? Why is it so difficult for people to be happy for us?” rues Sukanyeah, who has been in a relationship with Aarav for the past two years.

The two met while they were at a hospital in Mumbai, when they were waiting at a doctor’s for their gender assignment surgery. “It was when I heard Sukanyeah talking on the phone in Malayalam that I decided to talk to her,” recalls Aarav. And by the end of the meeting, the duo exchanged numbers. 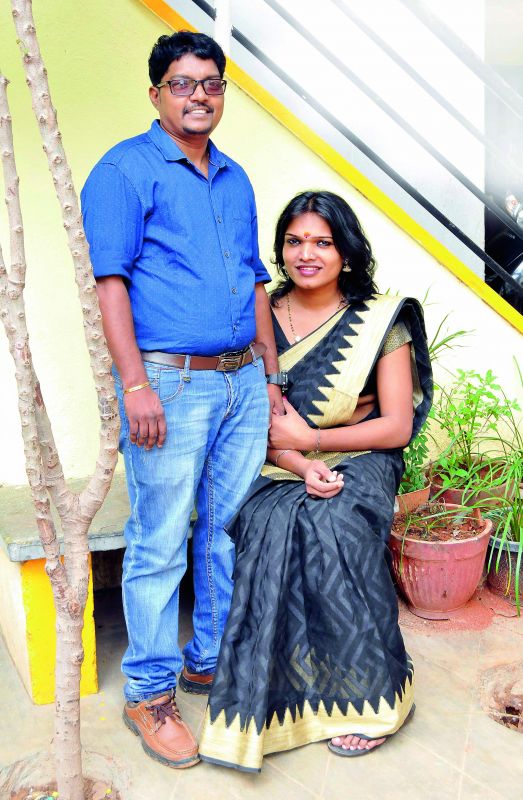 Aarav remarks that it was their similar transitioning phase that played a huge role in getting them closer. The period saw them sharing their fears, finding solace in each other.

However, it wasn’t a fairytale romance from the word go. “It wasn’t love at first sight. In fact, it took me a long time to get her to propose. I asked her to marry me only last month,” he grins. Sukanyeah promptly corrects him, saying that it was a little more than a month ago, to which they both share a laugh.

“To be honest,” explains Aarav, “We had a lot of worries about changing our genders. It is a big deal after all. It’s like we have brand new physical features. Sukanyeah has been supporting me unconditionally and has kept my worries at bay. What more would I want in a life partner?”

Aarav, who has been working as a tour manager, has found it difficult to identify with his gender since his childhood. “Right from the time I was 13, I realised I wasn’t meant to be a woman. In fact, even after I moved to Mumbai, I wore men’s clothes and chopped my hair off. The women in the ladies’ compartment obviously had an issue with it,” he recalls.

It was after Aarav travelled to Dubai that he saved money for the gender reassignment surgery. “Thankfully, I earned enough to help me get through the surgery. My beard has started growing. I still have a major surgery correction to do.” Sukanyeah, who has been a part of the IT industry, has now taken up freelancing, to support herself. “A lot of companies have a problem after they get my background verification done. Thankfully, my talent speaks for me,” she asserts.

The two also intend to have a baby when the time’s right. To no one’s surprise, this news too attracted a lot of trolling of the couple, but they’re in no mood to shame mischief-makers. “We are going to be as good a parent as anyone else. All we want to do is settle down, and have a normal life. This unseen popularity was unprecedented. I never understood why people have an interest in our lives,” sighs Aarav.

Having gone through their fair share of trials, the duo now hopes to counsel families who have folks experiencing Gender Identity Disorder. Aarav says, “A lot of families are worried about the stigma attached to it, and of course the toll it takes on the individual. I want to do my bit to help these people understand what it really entails.”